In Thursday's Weather Schmeather Update, we erroneously predicted "blood rain, windy/ low of 38 degrees" for South Bend, Indiana. The low will actually be 17 degrees F. As a step to prevent further inaccuracies, Charlie Weis announced he will be predicting the weather himself for the 2009 season. 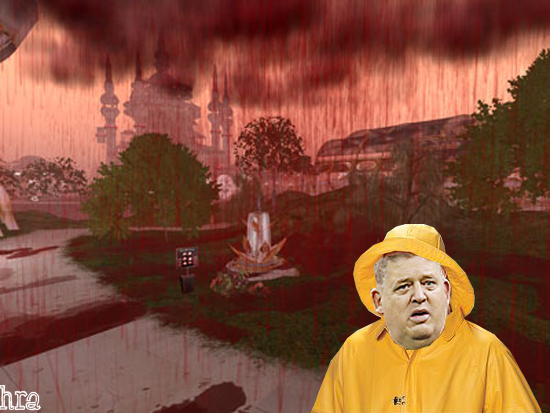 In Friday's news, we reported the death of Sergey Tuganov, a Russian man who died after taking a whole bottle of Viagra and winning $4500 in a bet that he could satisfy two women at once. The story contained several inaccuracies. First, Mr. Tuganov is alive and well. Second, the man in question was in fact former Oklahoma coach and FOX commentator Barry Switzer, who is also alive and is recuperating at Rublyovka Hospital. The two women in the incident are in critical condition, and say that satisfied doesn't cover how they feel at the moment. We regret the error.

Last Friday we ran an improperly sourced story that ESPN's Bob Davie was arrested after attempting to break into the house of sideline reporter Michelle Tafoya. The reports that Davie was apprehended on the rose trellis of the house while wearing only a spangled cowboy hat and stragecigally placed whip were accurate; however, the house in question belonged to Davie's former coworker Stacey Dales. We regret the error.

Wednesday's "Well, So You Try It Mr. Smartypants" reported Rich Eisen's 40 time to be a 6.3 something. This figure is correct, but we neglected to mention that with such a disgustingly slow time, he is in fact Orson's bitch, joining Clay Travis as "People Who Are Slower Than A Guy Who Was In Band."

Wednesday's excerpt from a forthcoming biography of Dennis Erickson contained the following erroneous passage: "He was born in Portugal, but it was under the Spanish flag that he sailed in 1519 with the intention of reaching the Spice Islands by sailing west around South America." This actually refers to the explorer Magellan, famed for his attempt to circumnavigate the globe in the 16th century. Dennis Erickson went 5-7 last season at Arizona State. We regret the error.

Last Monday's Big XII crime blotter contained an incomplete item, noting that police had been summoned to Texas coach Mack Brown's estate after neighbors complained of gunfire. The report omitted two key facts: that Coach Brown sent the officers away, telling them he had been firing at several nutria digging up his petunia beds, and that he failed to mention that the disturbances were actually caused by offensive stars Colt McCoy and Jordan Shipley, who were tunneling through Brown's lawn as part of a team-building exercise for an upcoming feature on Outside the Lines. We regret the error. 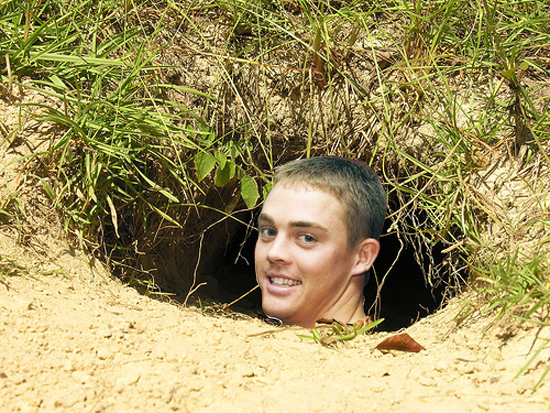 Our most recent This Week In Officiating Obits column reported that the ACC's Ron Cherry was found dead of autoerotic asphixiation inside the tiger habitat at the San Diego Zoo. Cherry's lifeless form was actually discovered in the panda exhibit. We regret the error.

Tuesday's Better Know An Enemy Of The EDSBS State feature on Mitch Albom reported that the pocket-sized columnist has gained recent notoriety as the subject of a neighborhood petition to force him out of his Michigan home, after repeated accusations of hurling rocks at passing children and animals. The phrase "hurling rocks at passing children and animals" should read "serving as contributing editor to PARADE magazine". We regret the error.

In Tuesday's Fulmer Cupdate, an incident involving Jesse Palmer last week did not merit points, but was inaccurately reported. Palmer was not the assailant in the assault of a Chick-Fil-A cow in Fredericksburg, MD. We regret the error. Palmer was detained by police for what eventually became a charge of "reckless public endangerment" in an incident where Palmer was waving a meat cleaver from the window from a car. Palmer claims the incident was a misunderstanding, and issued the following quote: "It was a visual pun. Get it? Cutting wind? Too cosmopolitan for you? Well, I am Canadian." Palmer will not face punishment from ESPN for the incident, nor will he miss any of his bookings as a part-time member of Cirque du Soleil's "O", where he plays an erotic clown.