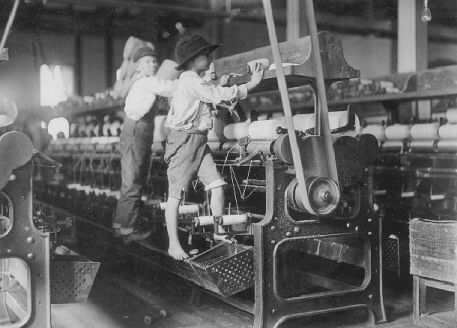 Until this week, I worked 14 hour days at a Russell Athletic plant outside of Tegucigalpa, Honduras. It was brutal work: paid substandard wages, abused by adult overseers, and forced to do repetitive work without variation for months at a time. I want you to know that it was difficult for a youngster like me to bear.

That is, if I wasn't tough as shit and didn't have the ballingest life a kid in any country could ever have!

I mean, anywhere, and not just this godforsaken Bizarro Costa Rica I inhabit. I had money, assholes, money for the good things in life. For smokes. For beer. For fireworks to shoot at stray dogs. I had a gun! A motherfucking gun! What kind of American ninnyboy eight year old gringoshit has that kind of respect up in his waistband at the age of eight, huh?

Now my loansharking business is going to dry up, and why, you ask? No new capital, homes. Or shall I rephrase for your less-than-economically-inclined ears: I LOST MY JOB thanks to Penn State dropping my employer as a provider.

Because a bunch of college kids in Pennsylvania think my employer was abusing me.

Abuse? I'll show you abuse when you wake up in your dorm room and my only real friend in the world, Demon the Dogo Canario, is waiting in a ventilated Fed Ex box without a label for you. Do you know how hungry he gets? Imagine that after I bribe Miami Customs to ship him through direct to you on overnight delivery. I have $480 left. It could happen.

But now, noooooo. I'm supposed to go to school. Do you remember how much school sucks? I can't even drink in there. I could hang out and sniff glue in the alley, but you know what? I've matured past that. I've tasted too much of the good life to think the answer to life is in the bottom fold of a tube of airplane glue.

It's at the bottom of a beer bottle, friends. Sweet, delicious, kid-tested beer. And as soon as I get my job back when a new sweatshop opens up, I'm gonna solve two problems in one stroke. First, I'm drinking a beer, and second, I'm breaking the bottle over a student protester's head in person. Don't say Pedro didn't warn you.