You're damn right Woody Hayes did interviews in the nude. All great men at one point work in the nude in a non-sexual manner. Orde Wingate, mad chief of the Chindits in Burma in WW2, used to conduct meetings in the buff while cleaning himself with a brush. (Mike Bellotti does the same thing, but with a loofa and a toothbrush for the hard to reach places.) Lyndon Johnson would display his penis in Vietnam-era Oval Office briefings, point to it, and ask "Does How Chi Minh have this?" We ourselves never blog in the nude, a reason why this blog isn't three thousand times better than it is. We'll be sure to put this in beta testing after our vacation. 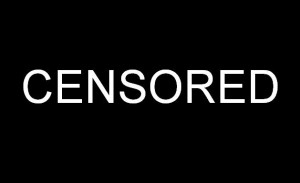 Woody Hayes nude: censored because he was illegally beautiful.

Go ahead and call him ugly, Leonard...

"If the team lost or tied, he would conduct an interview in the nude," said Downie, as reported in The Lantern. "He was an ugly guy so it would clear the locker room out pretty fast."

But can't you balance that with the kind of womanly compliment usually following a statement like this, as in "he was ugly...but Woody was always sexy," or "A post-loss nude Woody Hayes conference was like staring into the sun: so intense and powerful you could only endure a few seconds of its awesome grandeur?" Mighty uncharitable, as we're sure Professor Hayes, while lacking physical grandeur, had his own ramshackle physical charm about him. ("He has nice forearms! His eyes: have you seen his eyes?")

As opposed to a Pete Carroll nude press conference, where presumably reporters would leave in tears of joy and awe saying things like, "It was so...beautiful...", "like David, but better hung," and "It was like watching a new child enter the world, but without the shitting and hideous afterbirth."