Columbia, SC--(AP) Lane Kiffin continued to ruffle feathers in the SEC when he displayed unconventional table manners at a monthly meeting of the SEC Football Coaches' Garden Club in Columbia. 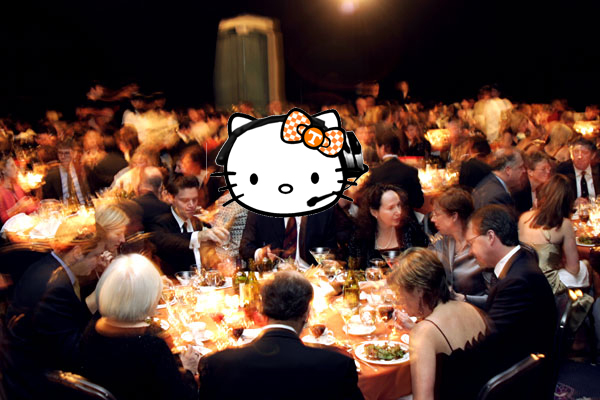 According to witnesses, Kiffin incorrectly used his dinner fork for both his salad and his entree, relinquishing it only when a server snapped up the fork shortly before the dessert course.

"I was just trying to help the guy out," said the server, who did not wish to be named in this article.

"I don't know if he knows where he is, but that's not going to cut it here," said Paul Finebaum, longtime SEC columnist and garden club tomato expert. "He put his elbows on the table, passed in an incorrect manner across the centerpiece of the table, failed to RSVP, and even used his fork to cut the butter. The fork he ate with. This won't cut it here. Phil might eat half of the ham at the buffet, but he did it with the right fork, dangit. Pardon my language."

The fork incident represents just the latest in a series of shocking breaches of SEC etiquette.

"When he was recruiting, he didn't even call before he came," said Coach Steve Spurrier. "Not a peep. Just knocked on my door to say hello. When he came in, he didn't even have a gift with him. Normally you bring a nice casserole, a jello salad or something, anything. He called me 'Steve' before I even said he could."

"And on top of all that, he fell asleep during my lecture on reducing aphid loss in your roses."

All other coaches declined comment, telling this paper off the record that they found Kiffin's table manners to be unladylike and unfitting for an SEC coach and Garden Club member. Only one other coach provided comment: Kentucky's Rich Brooks, who described the question regarding Kiffin's use of the dinner fork for all courses to be "bullshit."

Kiffin replied to the ruffled feathers with nonchalance. "Who needs more than one fork at a meal, anyway?"