WE ARE OUTRAGED--well, not at all actually. The Florida Times-Union declared Utah their national champion per their set of power rankings, which is fine with us since we've become full-bore BCS absurdists, and accept undefeated Utah's claim to the title right along with Florida's. You kick Alabama's ass like they were blind toddlers in a barfight, you earn yourself the right to do that. Dada BCS accepts your national title claim! Dada BCS is dead! Long live Dada BCS!!! 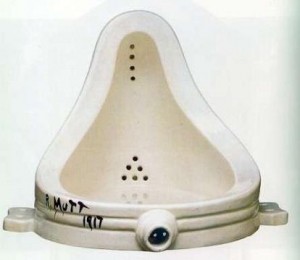 The Dada BCS trophy: just as valid as the crystal football, and more practical by far.

While we're throwing out alternate universe national champions and writing our own Firefly story arc for college football, why not also entertain the Aussie Rules Option for playoffs, presented on Doc Saturday by Max from Melbourne? Good points include the oddity of second round byes, a four-week-and-done time line, and the fact that it comes from Australia, which is never bad. Downside: the short shorts required to play, lack of pads, and the fact that the whole thing is covered in venomous spines capable of injecting fatal doses of neurotoxins in seconds. Just like Dr. Jerry Punch.