I'LL BE THERE, MA

Share All sharing options for: I'LL BE THERE, MA 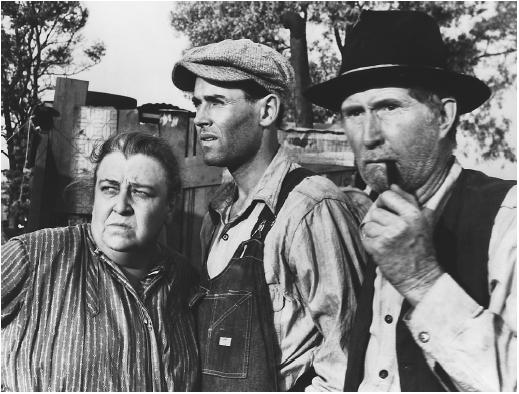 Tom Joad: I been thinking about us, too, about our people living like pigs and good rich land layin' fallow. Or maybe one guy with a million acres and a hundred thousand Sooners starvin'. And I been wonderin' if all our folks got together and yelled...

Ma Joad: Oh, Tommy, they'd drag you out and cut you down just like they done to Stoopsy. You seen the Fiesta Bowl in 2007. And the Orange Bowl in 2005.

Tom Joad: They'd drag me anyways. Stoops, too. Sooner or later they'd get me for one thing if not for another. Until then...

Ma Joad: Tommy, you're not aimin' to kill nobody.

Tom Joad: No, just Thom Brennaman. And Mack Brown, maybe. But naw, Ma, not that. That ain't it. It's just, well as long as I'm BCS leper anyways... maybe I can do somethin'... maybe I can just find out somethin', just scrounge around and maybe find out what it is that's wrong and see if they ain't somethin' that can be done about it. I ain't thought it out all clear, Ma. I can't. I don't know enough, just like Brett Venables.

Ma Joad: How am I gonna know about ya, Tommy? Why they could kill ya and I'd never know, especially since they can't get a 4th down straight, much less the facts of a murder. They could hurt ya. You seen what they did to Sam out there! And Jason White? How am I gonna know?

Tom Joad: Well, maybe it's like Casy says. A fellow ain't got a soul of his own, just little piece of a big soul, the one big soul that belongs to everybody, and is then parceled out and sold for billions of dollars to a shadowy cartel of college athletic programs...

Ma Joad: Then what, Tom?

Tom Joad: Then it don't matter, because only 12 or so teams matter anyway, ma. They just take turns, that's all. I'll be all around in the dark - I'll be everywhere. Wherever you can look - wherever there's a small-time BCS buster we're underestimating...I'll be there. Wherever there's an opposing defense we're underestimating yet again...I'll be there. I'll be in the way guys yell when they're mad at television when we come up short on fourth down. I'll be in the way kids laugh when they're hungry for something other than Bob Stoops sad doughy face, and when the people are eatin' the stuff they raise and livin' in the houses they build from Phil Loadholt's shedded skin cells, which are fuckin' huge Ma-- I'll be there, too.

Tom Joad: Me, neither, Ma, but - just somethin' I been thinkin' about. In between drinking myself into a coma and reminding myself that Bob Stoops is a really good coach who just happens to have shit luck in bowl games.