RICK REILLY THINKS UTAH IS THE ONLY NATIONAL CHAMP

Share All sharing options for: RICK REILLY THINKS UTAH IS THE ONLY NATIONAL CHAMP

Rick Reilly hates us, and that's fine. If no one hates you you're either doing something wrong, or you're Willie Nelson, who everyone loves because he's fuzzy, contantly high, and still wearing the same headband he put on in 1974. (Because there's weed in it..) 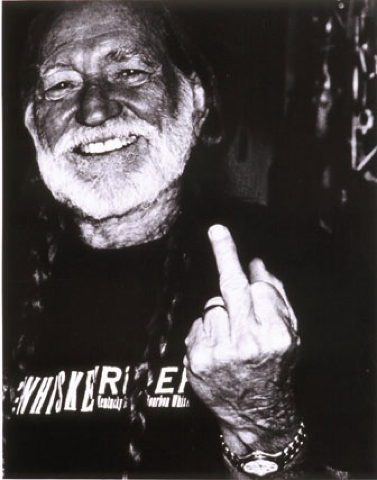 Since the job of Willie Nelson is still taken, we assume being hated by someone means you're doing something right. Also, we never read Reilly growing up and don't read him now, since he largely comes from the school of hackneyed one-liners (occasionally scoring) and the aesthetic of Mitch Albom's School for Guys Who Ponder the Beauty of Life, Put One Hand on Cheek, and Lean On Said Hand Wistfully. Pat "Fucking" Jordan drinks his milkshake anyday; P.J. O'Rourke leaves him in pieces in a carefully submerged bag in Haulover Sound.

Anyway, he's being paid an astonishing amount of money to write one 800 word column a week. Too Short approves of this being paid 10Gs just to breathe on the mike, but Oliver Wendell Holmes wants a motherfucking word with you about your con law:

Call Myles Brand, president of the asleep-at-the-wheel NCAA, and ask him if he and his greedy presidents are going to stand in defiance of president-elect Barack Obama, who wants a playoff and wants it yesterday.

Rick Reilly is obviously a fan of the Unitary Executive theory of the President's role in the Constitution, since he thinks--typing atop a pile of gold bullion while phoning John Yoo on the matter--that the President can force a playoff.

Us as David Frost: "Are you saying what you did wasn't illegal?"

Reilly, clad in jowled foam rubber makeup: "I'M SAYING THE PRESIDENT CAN MAKE ROCK CANDY APPEAR FROM THE RECTUM OF A UNICORN IF HE WANTS!"

It's flabbergasting to think this made it past the plausibility meter of anyone with a passing familiarity with what the President does, but two things are more galling. First, Myles Brand isn't greedy yet, because wresting control of the BCS from the hands of the "greedy" would put it into the hands of...um...the "benevolent" Brand? Because he's king of college sport land, and would rule with a fair and even hand?

We don't want to defend the BCS, but this is a cartel. Cartels are brutal, unfair, and in principle foul creatures. So are dictators. If, through eight improbable steps, the NCAA ever became involved in the BCS on a serious level, that is precisely what you would have. Call it the Voltron Theory: what Reilly wants is a giant robot to come screaming from the sky and set everything right by cutting a Robeast or two in half. Thinking that either Barack Obama or Myles Brand could or should set anything right about this system is--and this is the kindest word we can use to describe it and read it in your best Christopher Hitchens voice--fatuous.

(BTW, you owe Reilly 900 bucks for that excerpt. And we're not even going to talk about John Feinstein's piece on the BCS. The word "fucktarded" can only be typed so many times before your fingers cramp.)