Hello, friend! I haven't dropped you a line in a month ah Sundays! Howza the ah-spaghetti, paisano!

I just fuhst wanted to congratulate you on yah recent contract extension. If you spent money on the good thangs in lahfe--the plantations, the civil wah books, and the 18 part "The Real Vietnam", you'd undahstand what to do with it instead ah givin' it back to that leech of an employah you have. What have they evah done fah you, Joe, besides sign a coupla checks? You gotta considah your interests, you gotta considah your interests, that's all i'm saying.

(Obscured and sloppy scribbling where Bowden fell asleep drooling on the page.)

Whe-yuh was ah? I say, I say, ah just wanted to finally shayuh the secret of my success with youuuu. Ah know as rivals we often play it close to the ve-yust, but ah think aftah yeahs of competition ah can shayuh the key to mah longevity. 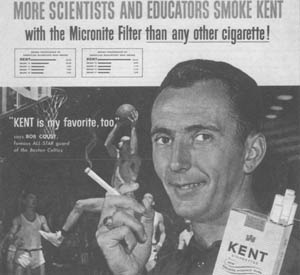 Ah've been smokin' um fuh yeahs, and theyuh invigoratin' flavah and stimulating effect on the mahnd and body have kept me younger than mah peeers for decades now. That little hip problem you have? 16-24 of these a day, and you'll outlahst me fa sho, son! Affordable, safe, and healthy. Ah wouldn't lie to ya!

Gonna go on mah daily 28 mile run befo a bit ah recruitin', Joe. May our Lord and Savyah Jesus Christ look oveh yah, even if you are a disciple of the Whore of Babylon, the Catholic Church. You're half right, at least.

P.S. The delicious and healthful cigahhrettes are available at any local gas station or convenience store.

P.P.S. Ah have enclosed a photo of myself from my most recent daguerrotype. I'm definitely ahead of you on the handsome side ah things, if ah do say so mahself!