DISAPPOINTMENT HAS A FLAVOR: THREE

Share All sharing options for: DISAPPOINTMENT HAS A FLAVOR: THREE

Disappointment has five flavors in 2008. Numbers five and four are available for your inevitable disappointment, too.

Both are mysteries involving long walks, various forms of starvation, and cultural differences it would take years of dodgy research to fully flesh out. In fact, we suggest you contact the Ford Foundation and other luxurious research institutions fond of giving out fat grant money to let us research these. We, in turn, will take that money, move to Thailand, and do all of our important research on both topics from there face-down in a bowl of pad thai and with an IV of Chang Beer planted firmly in our arm. Trust us: it sounds unconventional, but all new science at first is indistinguishable from fraud. Or magic. We forget the quote.

Anyway, Auburn began 2008 as a consensus top tenth and a half team, getting ten in the AP and eleven in the USA Today poll on the basis of their fierce defense and the introduction of the Tigerbonesplitwhateverthefuckitwas Tony Franklin spread attack, which was double awesome because the Tigers had installed it early for the Peach Bowl to end the previous season. You were were ready, because you were doing this the sensible way, no?

Just like when you switched to sugar-free candy, or light beer, and began tapering into the diet--you didn't have to start all at once! Just easing into it in a sensible way, and not like the time you just started eating nothing but bacon for three months back in 1997. Man, you smelled like one big piece of pig ass. (But my god, you could almost see that little D'Angelo man dent! It was there, you swear!) 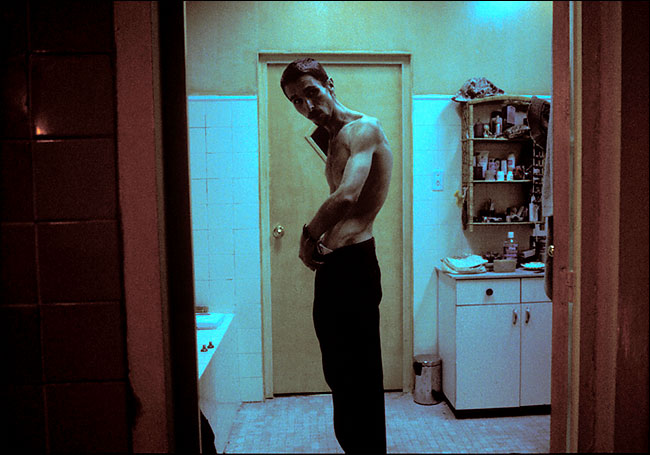 Yet...something was wrong from the start.

Maybe you should have cut certain old friends of yours. Oh, sure: you had defense-a-plenty. Trey Blackmon, Antonio Coleman, and a horde of no-name young 'uns held the line with effort, just like you did puffing away on some desolate back street or on the elliptical machine. When you needed power, it was there; endurance, yes. In the name of holding it off, you had that part down.

That wasn't the problem, though, was it? The problem came with your old friends, the ones who had just met this new "diet" person and weren't taking kindly to him? Hugh Nall, Steve Ensminger...they were comfortable in their ways, ineffective and flabby though they were. Run-block, pounding the ball forward mindlessly regardless of the situation...that had to change just like your habit of buying a six pack designed to last the week but finishing it by Tuesday, didn't it?

And there you were, wondering why your pants were still tight enough to split your balls into a sad camel nose--even with the new exercise, you were still eating yourself into a steady-state of ineffective flab when it came to how you did things day to day. You didn't get along with this new guy, and frankly, you began to wonder if what he was teaching was going to work?

So intead of just diving headfirst into the project, you half-assed the thing. You built a half-assed zone read into the offense. You ate 1,000 calories of low-carb ice cream because "hey, it's on the diet!" You put not one, but two quarterbacks into a morass of a scheme, ensuring neither would properly get a read for how it actually worked and felt under live fire. You drank wine because "hey, it's an antioxidant," and boy sure is it when you drink three glasses of it a night, you walking, talking tipsy, antioxidized bloated picture of health, you. Your habits and the new diet were as harmonious as inserting a chainsaw solo into the middle of a Schubert piece. It wasn't working.

You let this roll on because you're the laid-back CEO type when it comes to things--Captain Laissez-Faire, an attitude that has benefited you in the past, certainly. The adult in the room expected everyone to behave like adults, and when the Play-doh started flying across the room--first in tiny balls, and then unopened in the can to ensure damage--you flipped out and shut the whole thing down, letting loose and letting your old habits take you right back to where you were before. 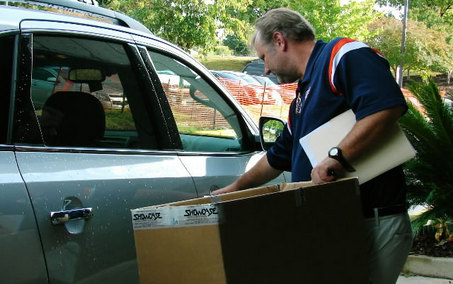 Toss him out. And those Zone bars? Throw that shit out, too.

And if you watched the Auburn/Georgia game Saturday, that's where Auburn is: back at Chik-Fil-A, sullenly ordering the 12 pack, with the fries, and the large Coke, and fuck it let's just get a brownie, too, because it's been a hard day, and I'll make up for it....sometime. There was the Al Borges toss play; there was the bootleg pass, and the naked boot, and bootlegs of all sorts, and all of the greatest hits of the Borges playbook. Ultimately, after all that effort and expenditure (and Nutrisystem has nothing on paying two ex-offensive coordinators at the same time), you ended up with the same ineffective offense you had two years ago, reams of disappointment caused by a piss-poor offense, and ending up back where you were six years ago: on the hotseat and dodging bullets.

Maybe you should just work on loving who you are instead of chasing the latest fad. Who doesn't like a little meat on a program? It's cute, unless you're clawing to the death with 14-12 games against fellow failed diet fad enthusiasts Tennessee. Yours ended up with disappointment, but that crazy-ass urine-drinking all-tofu diet they did? Holy hell, you'll take the sad shortcomings of this season over the
total kidney failure and hospitalization they got out of their new diet.

Now where are those chips...mmm...old friend Doritos, you never fail when the sad comes...and when you lose to Vandy, Arkansas, West Virginia, and Mississippi consecutively, the sad comes fast and furious and by the pound.