Texas fans were very, very excited about Will Mushamp. How excited? This was the picture posted on Orangebloods on the announcement thread. 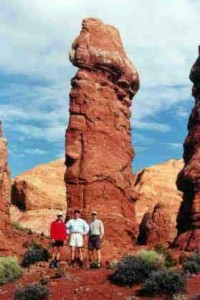 In Texas, it usually comes back to some kind of penis metaphor or another. One of the interesting angles in terms of the timing of the announcement, as pointed out by reader and ace tipster Dave, is that the announcement thrusts--er, sorry--puts Texas in the media spotlight in a week when the loving eyes of the voters will be on Texas Tech and Oklahoma. If they all tie, the winner comes down to BCS rankings, which despite the intervention of loving but logical robot computers still comes down largely to pole--er--poll voters.

Mack Brown has been happy to softshoe for votes and BCS points before, a move that infuriated Cal fans whose team was snubbed by the BCS in favor of the Longhorns. Cal went on to play none other than Texas Tech, who tore the intestines out of Cal, strangled them with them, and then slingshot them into wilderness for the wolves to feast on as they liked.

Horrible post-post-post-grunge music aside, the 2005 Holiday Bowl highlights are worth watching for some vintage Trev and Ron Franklin, as well as the carnage of Texas Tech running hot knives through a buttery Cal defense.