Jim Tressel was asked about whether the inclusion of Terrelle Pryor at all limited what the Buckeyes could do on offense. The answer, presumably a simple one, instead revealed the soul of a man who both knows his limitations but embraces them as strengths. 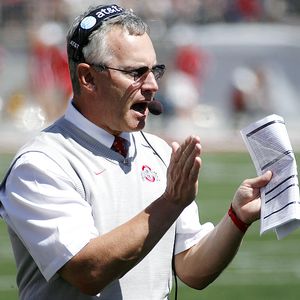 An assassin like me only needs a dagger, baby.

Remember: winning the Tressel Way means using the most effective package, not the biggest, meaning he never really thought Santonio Holmes was that essential to the offense, and that he's talking about football...but could be talking about his penis at the same time.