Monday's "The SEC East, Astronomy, & You" feature misidentified a celestial phenomenon seen blazing through the skies over Orlando last week. The object reported as "[Florida safety] Kyle Jackson still encircling our planet in a torrent of flame following the Capital One Bowl" was, in fact, an early Perseid meteor, although one that seems to share Jackson's poor choice of tackling angles. We regret the error. 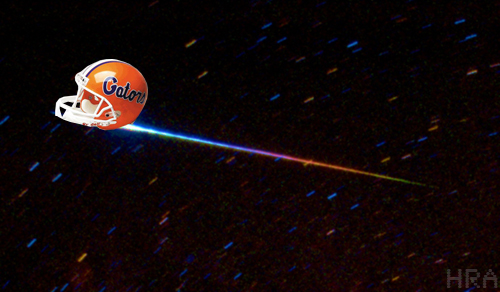 Artist's rendering not to scale.

This week's sidebar poll, on the comparative beauty of COACH Rick Neuheisel <3, contains no mention of Pete Carroll. After much debate amongst our staff, we came to the conclusion that invoking Pete Carroll in the college football blogosphere carries consequences very similar to those of Godwin's Law. He is removed from this discussion because he is removed from us, existing on a higher plane of unicorns and everlasting muscle tone. This should have been made clearer, and we regret the error.

Homage to thee, O thou glorious Being, thou who art dowered [with all sovereignty]. O Tem-Heru-Khuti (Tem- Harmakhis), when thou risest in the horizon of heaven a cry of joy goeth forth to thee from all people. O thou beautiful Being, thou dost renew thyself in thy season in the form of the Disk, within thy mother Hathor. Therefore in every place every heart swelleth with joy at thy rising for ever. The regions of the South and the North come to thee with homage, and send forth acclamations at thy rising on the horizon of heaven, and thou illuminest the Two Lands with rays of turquoise-[coloured] light.

is actually a passage from the Egyptian Book of the Dead. Although we remind our readership that you can't spell "University of South Carolina Gamecocks" without SUTEKH, we regret the error.

Thursday's installment of our award-winning Inside The Locker Room series attributed Notre Dame quarterback Evan Sharpley's nickname, "Not In The Face", to his infamous sacking at the hands of Navy's Ram Vela.

Mr. Sharpley, in fact, earned the nickname during a spring break trip to Ibiza last year with several teammates. Further details are not known at this time. We regret the error.

Tuesday's Curious Index contained a brief interview with LSU's Les Miles, who attributed his in-game derring-do to "[his] twenties." Our editorial staff mistakenly referred to these as custom truck rims for the duration of the piece, instead of the 20-sided dice Miles rolls on the sideline every 4th down. We regret the error.

[UPDATE: Our staff has just been contacted by Terry Bowden's cousin publicist, who informs us that the crushed-ice-and-syrup confections dispensed by Mr. Bowden are called Jewels Of Wintermount. We regret the error.] 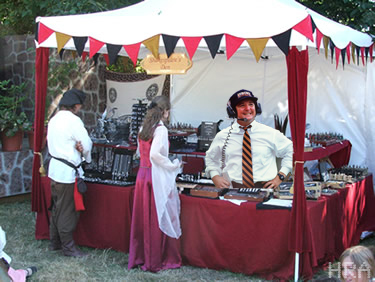