EVERYTHING WILL BE DIFFERENT THIS TIME: BOBBY PETRINO SPIN CYCLE ROUNDUP

Share All sharing options for: EVERYTHING WILL BE DIFFERENT THIS TIME: BOBBY PETRINO SPIN CYCLE ROUNDUP

Oh, Razorbacks. Conference rivalries aside, at this point it's hard to wish them any ill whatsoever. It's like a three-legged cat: Funny, but hasn't it been through enough without poking it? 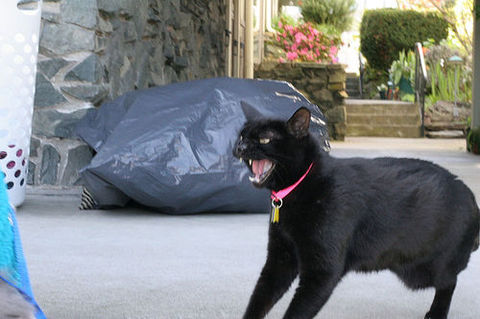 Arkansas faithful have been through the coaching equivalent of having your mom leave the meth lab proprietor for the traveling salesman with the clammy handshake, and as the sports beat carousel grinds into motion for fall, take a look between the lines at the coverage from Fayetteville, and the fine bouquet of "FAMILY!" and "TRADITION!" and "STABILITY!" wafting from every passage....with just a soupcon of "...RIGHT?"

Arkansas Democrat Gazette: Bobby Petrino loves his kid! And has always given him a seven-minute warning to pack his things before beating a path out of town! His family is settling into the community nicely!

KTHV Little Rock: Bobby Petrino is looking forward to August! Look at his eyes flickering back and forth. Now, trust him. Just this once. Because this is the only time he'll ever mean it when he says he'll still be here in two months.

Sporting News: Casey Dick's stock, a steady "buy". Poor kid, finally. And he's only got one more season, so if his coach cuts and runs, Dick will at least be safe in the warm embrace of the combine.

Yes, everything's coming up Bobby. Um, except the Falcons. Ow.