Thursday we posted a video we claimed was Matthew Stafford doing a keg stand. We clearly misidentified him here.

A Wednesday night news bulletin showed video footage of obliterated dock pilings on Alabama's Lake Martin, and attributed the collapse to "flash flooding". The cause of damage has since been identified as "Auburn University's offensive line." We regret the error. 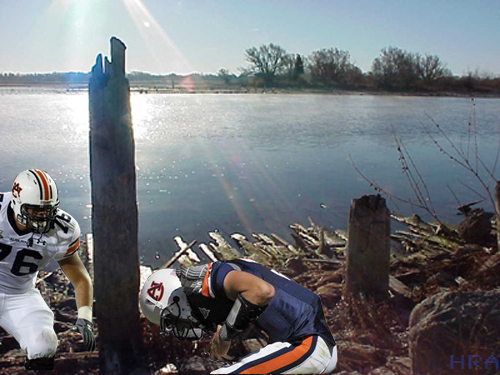 On Monday, we labeled the 1971 Nebraska/Oklahoma game as the "Game of the Century." This was inaccurate, as the universally recognized "Game of the Century" was the 2004 Colorado/Colorado State game, where Bradlee "Dr. Kannenpeniz" Van Pelt, a.k.a. the Banging Dutchman,

a.k.a. BV-I-P, and the man sometimes known for banging your mom, your wife, and and your nieces into a state of panting exhaustion before eating a breakfast of asskick and lean Canadian Bacon, totally pwned the Colorado Puffaloads by awesomely spiking the ball into the helmet of some dude whose name is so puny and weak you shouldn't even worry about remembering it. BVP is getting the shaft in Buffalo--ask for him by name! The ladies do.*

Oh, and we regret the error (of fucking your mother.)

On Saturday, a weekend post inaccurately broke news of a large fire breaking out at the Miami Hurricanes football facility. We apologize for the panic this may have caused the Miami administration and the Coral Gables Fire Department. The actual building on fire was a combination Puppy Shelter/Orphanage located several blocks from the 'Canes facilities. It burned to the ground thanks to a diverted fire department. Our sourcing was inaccurate, and we deeply regret the error. 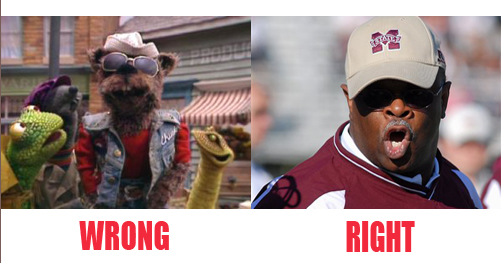 On Wednesday, we described Purdue Coach Joe Tiller with the following verbiage:

Despite his name, Myrmecophaga tridactyla, from the Greek meaning 'three-fingered ant eater', Joe Tiller has five digits on each foot; however the middle three digits of the forefeet have elongated claws. These are extremely strong and are used to break open ant and termite mounds in order to feed, as well as effective defense from predators. Tiller walks on his knuckles in order to protect them, giving him a shuffling gait. The forefeet also have one other smaller claw, and the rear feet have five small claws.

This in fact describes the Giant Anteater and not Purdue's football coach. We regret the error. Not Tiller. But in Indiana, denim jackets with flair are still worn frequently.

Our weekly Psychic Player Profile, most recently featuring Arkansas quarterback Casey Dick, listed his favorite movie as Sleepers and extrapolated that the 6'2 senior has a likely future in prison rape. Casey Dick's favorite movie is, in fact, Sneakers, which suggests to our team of astrologists a career in counterespionage. We regret the error.