STEP RIGHT UP AND MONGER THOSE RUMORS.

Share All sharing options for: STEP RIGHT UP AND MONGER THOSE RUMORS. 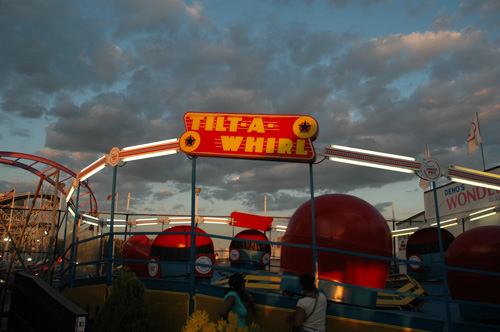 By the pricking of my thumbs, something old, white, and overpaid this way comes. Who's hanging out by the punchbowl with the ADs what brung them, and who's promenading with the prettiest mid-major DCs in the barn? A brief review of the latest coaching squaredance:

--Johnson to Georgia Tech, confirmed by Navy to no one's surprise this morning.

-- Gundy, extended, until he'll be able to screech about being forty-six to a room full of beat reporters.

--Miles, extended, with this giggle-worthy lede: " ... apparently ending speculation that he might leave for a job at Michigan." Oh, dear.

--Michigan, snubbed by Schiano. What's the coaching search equivalent of taking your cousin to the dance? "You don't know my boyfriend, hegoestoanotherschool."

--Arkansas can't close it with Grobe. While cousin-mackery may be more accepted in their neck of the woods, it's still no way to run a football program.

We're barely scratching the surface here, and we've got 48 hours before you're back in the swarthy embrace of Swindle, Bean, and EDSBS Live. Let's dish. If at least one of you isn't staked out at a regional airport with a 2-way radio, I'll be grievously disappointed.