Brian Murphy of the Idaho Statesman stopped by EDSBS LIVE!!!11 last night and braved our four questions, but not before chatting a bit about all things Boise State with us. Fact: there is no glacial sheet of ice that covers Idaho in the winter. Also fact: the Boise beatwriter gets to go to Hawaii next year to cover an extremely important and unmissable conference game that he must, must attend. 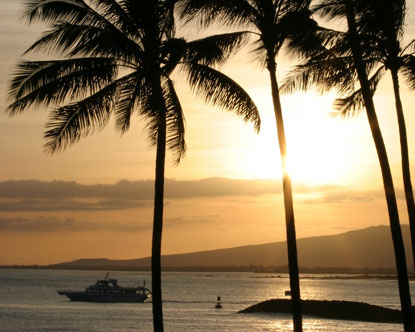 Murphy, author of Blue Magic, a book about Boise's mythic 2006 season, (BUY, SLAVES! CONSUME!) answers our questions in the 3 minutish clip below. Easily digestable in between your boss's monitoring sweeps of the office:

Murphy also stuck around with us after the show and was the first to participate in our five minute Snap Previews, which we're attempting to do for every single stinkin' team in the country before the season starts.

The conversation was lost to history as our recorder failed somehow, but the gist of what he said about Boise 2007 follows.

Chris Peterson is not coasting on Dan Hawkins' fumes. If anything, the yeah-rah-Zen-WOOO! motivational techniques of Hawkins may have been wearing thin in Boise, with a general perception being that Chris Peterson was the architect of Boise's points-cranking offenses while Hawkins clapped hands, recruited, and pushed for better facilities. Peterson's low-key, pro, and runs a shifty offense that runs the ball with two and three tight ends constantly. That never goes out of style.

Ian Johnson is back, and this = good, even if he can't knit caps legally for money in the NCAA's eyes. Team chemistry (hmm murky, unprovable psychology here) may depend on Johnson's willingness to share the ball with Jeremy Avery, Vinny Peretta, your neighbor Ed, tight ends, wide receivers, and anyone of the ten people a game Boise seems to get the ball to in rushing situations.

Replacing Zabransky is important but doable, especially with Boise's system-first attitude and team mojo working. The front runners are Bush Hamdan, who with that name should be the official quarterback of the War Against Terror, and Taylor Tharp. Either should be fine in a system that usually runs more than it passes and offers plenty of quarterback-friendly boots, rollouts, and...

...One Ginormous Left Tackle to protect your blind side in Ryan Clady, whose stat line should read "6'6", 319, GODDAMN." Clady's already looking attractive to credit card companies, sketchy, jobless relatives, and women of loose morals in the Boise area thanks to the NFL money he'll command after 2007. It's not a size thing, either--he's got the nimble hippo-thing going, too, the one that makes scouts purr and hit their blackberries double-time.

Hawaii, Fresno State. That's the season in two games for Boise. Hawaii's on the road, and not easy. You may have last seen them beating the hair off the Sun Devils in the Sheraton Bowl.

Since the over/under could be near eighty in this game, we're totally watching, especially to watch the Peterson brain trust match up against the run 'n shoot and Colt Brennan, who will try to top his TD count from 2006 by throwing 293 TDs in 2007.

One odd thing you may not know about Boise State: competition is the rule in practice, often determined by freak competitions like firemen's carries between the offense and defense or linemen fielding punts. If anyone has this footage, please send it here ASAP.