Last week, if you missed it, a huge asteroid of stupidity sailed by the planet, narrowly avoiding contact with the planet that would have extinguished life as we know it forever. This particular asteroid of imbecility only missed placing a large and well-defined period on the sentence of human existence because it appeared on CBS Sportsline without a Clay Travis byline, and therefore whiffed past most of us without a sound.

Only brave men and online status keep us safe from the menace of asteroids.

Dennis Dodd authored the piece entitled "Smoke but no fire: Banished Barnett blackballed." Its topic: shocking enough, the alleged (we're using that word as hard as we can) "conspiracy" against the rehiring of Gary Barnett, former coach at Northwestern and Colorado.

SMQ responded (pre-vacay/oasis/sabbatical to do "real life stuff" whatever) by first gimpifying, then bullwhipping the case into the corner with logic, and then forbidding it from speaking for a year in conclusion before renaming it "Howie." His demolition--and we mean complete, total, laying waste to-age of the piece--is all you'll need to read regarding the monumental, colossal, Lawrence Of Arabia style epicness of the piece. Dodd should have exited the Barnett interview with a twenty in his pocket for his troubles, or at least a crisp Alexander Hamilton and some Teriyaki Flavored Coach Barnett Buffalo Jerky. 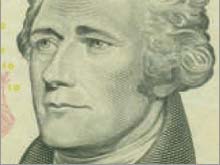 The least Barnett could have done: a Hamilton.

What we didn't expect following this, though: the fountain of support for Barnett following the piece. It's been an outpouring, really, of testimonials and advocacy from a diverse group of professionals, world leaders, cultural figures, and celebrities we didn't even know watched college football, much less knew who Barnett was. They've been emailing us and calling non-stop, and we thought that in the interest of fairness, we'd let them talk.

"Gary is obviously an exceptional leader, a gifted communicator, and just the kind of individual with a proven track record of success to lead a Division-1 football team to success. I would not hesitate to cut off this man sitting next to me's arms to prove my deep and abiding respect for him.

He is truly an example of a trustworthy individual, something I have demonstrated by asking him to participate in the slow wire transfer of millions of dollars from my anonymous Swiss bank accounts to his American football camps via persistent and numerous emails to his personal account." 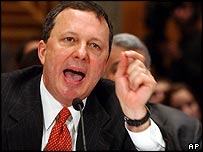 Heckuva job he did there, I think.

I saw improvement in every team Gary Barnett every coached. They were exciting, even when they were losing by sixty to Texas. Every one of the problems they had at Colorado was correctable. Most of it wasn't his problem anyway--just some noise in the system. He'll get any team he coaches to get better and better.

Excuse me, I have a vending machine to assault. He's just awesome, a walking, talking stalk of mantree with the vigor of six mountain lions. Honestly, I know men who've killed themselves just to try to impress him. Literally. A guy once bought a kodiak bear, starved it for three months, and then drove it to Colorado in a trailer just to show it to Coach, climb in the trailer, and then fight the bear just to try and impress the Coach. The guy got totally killed, of course. How cool was I--I mean, Barnett about it? He looked down at the guy, laying in pieces on the ground, and just said "Nice try" before choking the bear out, eating it for lunch, and then establishing a scholarship fund in the dead guy's name. That's just how cool a dude he is.

Yeah, Gary--it's Gary, right?--Gary's awesome. There's no one better. Unemployment sucks, so someone should hire him. 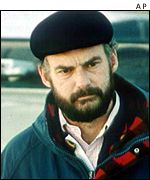 Was told there'd be scotch.