There's drinking. And then there's drankin'. And then again, there's orchestrated suicide with a liquid flair, as in what Ohio State sophomore offensive lineman Alex Boone was doing to himself before getting help in May.

Boone, a sophomore starter and former Parade All-American, said he was routinely downing 30 to 40 beers per day, a pattern of bingeing that began in high school and escalated when he arrived at OSU.

Sure, he weighed 350 pounds at the time, you say. Being twice the size of a normal person, that's only like drinking 15-20 beers for a regular type dude/lady. And who hasn't done that? At least once? Before waking up in a shipping container full of illegal Chinese immigrants? That's what we thought. But just to tally the astonishing amount of calories washing into his system over the course of a day and guess at just how desperate a chemical landscape Boone's system was, let's do some math.

Assume it was a light day:

30 beers times 140 calories (Budweiser): 5,200 calories a day. That's what most lineman eat in the building phase just to maintain weight.

The surprising thing: assuming a waking day of 12 hours--standard for a college student lifting a lot of weights and drinking beer all day--Boone would have been hovering above a .19 BAC by the time he went to bed on a 30 beer day. That's very, very, very drunk; Boone's lucky his liver didn't file for asylum after prolonged abuse on that scale. And now watch us say something positive about Ohio State: all credit is due to Boone for seeking help and to Ohio State for supporting him in the process of recovery. We know, mark it on your calendars.

Best of luck to Boone in life post-booze. 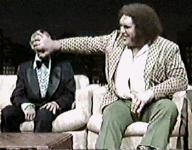 He could drink several cases of beer a day without incident. You, even if you're a football player, can't.