Fresh off losing millions of dollars by staying in school, Matt Leinart got a few more dollars to stuff in his pillow upon which he cries himself to sleep. He, along with Jay Culter, have been signed to Nike endorsement deals. Now the rivalry begins between the two of them as they battle it out for the endorsement deal they are really after... Tang. 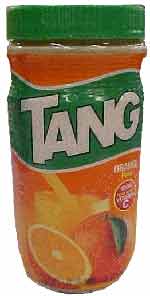 Every college quarterback's dream is to one day have access to all the Tang you can handle. Leinart, with his association with Paris, reportedly has a leg up on landing this deal.