STAPP INFECTION: SOMEONE'S OUT TO GET HIM

Share All sharing options for: STAPP INFECTION: SOMEONE'S OUT TO GET HIM

Scott Stapp, Stranko's favorite rock starr evahhhh, has a theory on how a sex tape featuring him getting serviced by three strippers surfaced on the internet:

"Obviously, someone wants to hurt me, and doesn't want me to be successful in my solo career," Stapp told AP Radio. 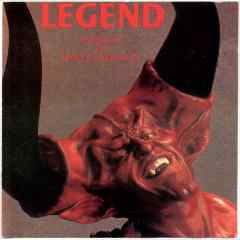 Who's the enemy of Jesus, a.k.a Scott Stapp? That's right, this guy. Furious at Stapp for refusing to collaborate on Putin's solo album, "Vlad The Impaler."

Mr. Ongley, the Orlando area shop teacher whom Stapp tortured as a student by calling him "Mr Bong-ley. Get it? Mr. BONG-ley."

Pyrotechnician Robert Jaeger, whose firm is owed 1.4 million dollars for the pyrotechnics from the last Creed show.