If the man rummaging through the wife's purse at stadium security seems a little jumpy...well, there's reasons for that. He's seeing green tentacles coming out of the purse and really trying NOT to start screaming and taking his clothes off to please his secret alien overlords.

According to WSBTV, Contemporary Services Inc. has used mentally ill patients from the Columbus, Georgia based Greater Grace Community Center as security workers for Auburn, Georgia, and Atlanta Falcons games. (Massive HT: Todd) The residents were told they were working church events, then driven to events where Contemporary Services employees gave them instructions and put them to work. Wasn't this in Wise Blood or a Carl Hiaasen book?

Berg, 32, said he has been diagnosed with multiple mental illnesses including anti-social personality disorder, bipolar disorder and homicidal tendencies. He said Upshaw promised him $30 per game to go to the sporting events, but he never got the promised money. Berg said Upshaw would deduct $10 for gas to get to the event, another $10 for a meal ticket and dock an hour's pay if he went to the restroom while working.

Sounds unusual, but crazy people have been finding employment at all levels of college football for years... 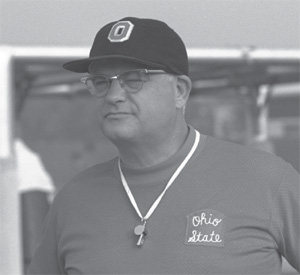 What? Me punt? Then the terrorists win.

Headbutting coke machines as we speak.

Not really crazy, but always funny. Daquiris! The drink of champions!