LIGHT POSTING TODAY, BUT TELL US WHO YOU LIKE.

In case you can't tell, we're posting light today due to the demands of the real world. (Damn probation hearings. Restraining orders are just the BEGINNING of a relationship.)

We're cooking up a project for tomorrow, and you may have your say now: who are the most likeable people in college football? We feel obligated to do this after putting together a slam list of ten least likeable people in cfb, so help us balance our karma by seeing if we're anywhere close to reality on this. By likeable, we do not mean any of the following:

1. Your coach. (WE ROOL U SUX GO [insert team here])
2. Jill Arrington's nipples.
3. A polarizing figure who you like because their success benefits you directly.

We're thinking of the funny, the uncommonly decent, the humane, the innovative, the joyous, and anyone else who cuts a striking pose on the positive side of the college game.

Early suspects for us include:

--Kirk Herbstreit
--Mark Richt (we know, but there's very good reasons behind this one, and a few of them are Ukrainian.)
--Charlie Weis
--Steve Spurrier (the only person we can think of who makes both the likeable and not-likeable list)
--Bobby Johnson
--Dan Hawkins
--Joe Glenn

Just some early nominees, but get your two cents in before we have a couple of Harvey Wallbangers and get down to business later tonight. 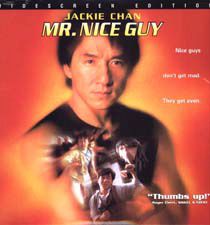