THE MOST IMPORTANT BODY PARTS IN COLLEGE FOOTBALL

Share All sharing options for: THE MOST IMPORTANT BODY PARTS IN COLLEGE FOOTBALL

If Spin can do it, so can we. After all, we never got all heads over heels about the Strokes, which makes us more astute than they ever have been.

Head: Ralph Friedgen. It's actually kind of rounded, so that from behind the Fridge looks like an enormous flat foot with a single toe in the middle as seen from above. Inside the oddly-shaped skull lies 500 variations of the option, a hard-wired ability to gameplan and make brilliant halftime adjustments, and the biochemical sequencing behind his trademark girth and ability to make money saying "Not in our house!" in those homoerotic Under Armour ads.

Toe-shaped head with a Byzantine brain.

The pH levels in Urban Meyer's stomach will be inversely proportional to the number of picks Chris Leak throws this year. Considering total chaos at the tailback spot and Leak's less than Olympian stature, he's going to be throwing the Gators through the 2005 schedule, and Leak's bulging arms will have more to do with his team's eventual record than any other qb's. He does now resemble a Balkan powerlifter thanks to the pit-fighter's regimen of Gator trainer Mickey Marotti, which should count for something.

Penis: Marcus Vick. Despite analysts' constant gushing over Beamer's special teams, blocked punts alone will not an ACC title make. The Hokies need Marcus Vick to compensate for his lack of starting time with his Shazam!-level athleticism to compete in the dogfight ACC, and the only obstacle we see to that would be Marcus Vick getting his R. Kelly on and showing his penis to the insides of an underage girl again. You think we're joking, but for the Hokies at least, never has so much ridden on a single penis. And no, we're not going to make a Kirstie Alley joke following that. (But we just did!) 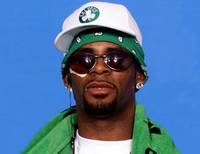 Foot: Josh Huston, Ohio State. Cheatypants Sweatervest loves to win by a field goal, if only because it feels so close to actual cheating. (Say what you will, but losing by twenty is way easier than losing by three. At least in a blowout you can attribute it to "wrong place, wrong time," like being the one guy in Venezuela who gets kicked to death by a burro in a year or getting hit by a meteorite while crossing the street. Lose by three, and you always finish with an odd sense of injustice: "It can't end like that, right? Right?") OSU plays them close, and sixteenth-year senior Josh Huston's going to have to deliver at least two game-winners this season for the Buckeyes to have what they would consider a successful season before he takes off for his Moons Over My Hammy and shuffleboard in North Miami Beach.

Legs: Marshawn Lynch Tedford's breaking in a qb. '04 Starter J.J. Arrington is in the NFL. Cal's allegedly rebuilding. Lies, damn lies, and statistics. Marshawn Lynch is baaaaaaad, and Tedford's going to have him all over the field this year breaking ankles while allowing the qbs to play My First Playbook for a while without trashing Cal's ability to compete. Believe your eyes...

Hands: Limas Sweed. Someone's going to have to catch Vince Young's passes at Texas, since they will, against Mack Brown's wishes, have to throw the ball at some point in at least one game. Vince Young has displayed all the passing skills of drunk midget-sprint car driver to this point, so Limas could be in for a long year of waving his arms at radio balls, jamming his hands into hard turf for wormburners, and turning into a DB in a flash on mis-thrown balls into coverage. Working with a junkballer like Young will be hard, but if he or anyone else on the Longhorns can grab a couple of crucial ones, Texas stands its best chance yet of getting to the Big 12 title game unbranded by a loss.

Scar: Frank Beamer. We're tired of tiptoeing around this one. There's something on Frank Beamer's neck, and everyone knows it. We know he got it in a childhood accident, and we know it had to hurt--a fuckton, actually, based on the burns we had from a motorcycle accident years ago. But it's time for healing, and to further that cause, we're giving it a name: Jenkins. Now we all have something to call it that doesn't sound hint of "Silly Putty ass cheek graft," as Ian so lovingly put it in our comments.

Why is Jenkins so important? Well, we're convinced Jenkins is actually a cooperative symbiotic life form that feeds Frank Beamer's brain with special teams wisdom while drawing his nourishment from the celebrated Hokies coach's body. Imagine Krang, the disembodied brain from Teenage Mutant Ninja Turtles, but only benign and with a deep understanding of blocking techniques. When Va. Tech pulls out another taut, closely-fought game with a big return, blocked punt, or dramatic field goal, look to the sidelines and know that a very special but underacknowledged member of the coaching staff has just made another important contribution. And Hokie fans? You can just thank good ole' Jenkins under your breath.

Krang: like Jenkins, only evil and couldn't even guess what a wedgebuster is.