Last night in what was essentially an informercial for Microsoft's XBOX 360, the new machine was revealed along in an MTV extraveganza which included Frodo and the Killers. On question remains on the minds of us here at EDSBS.com.... how cool with the NCAA Football Game be????? Well, if you count Orson's wishes, I'm sure he's wondering about the NASCAR game too.... but that's besides the point. 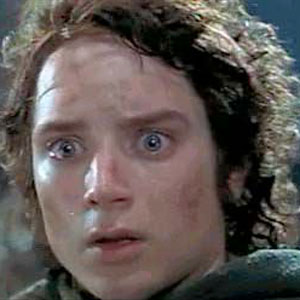 Frodo Baggins has seen alot in his days, but here he appears shocked at the graphics of the new XBox.