This installment's play can be see in the video above. It starts with a wayward pass or two from an Irish ruck that then really kicks off with Joey Carbury collecting the ball and breaking the Scottish line. (Big shoutout to the two Scottish players who knock each other off of Carbury)

After the linebreak, we can see Carbury off to the races with a lot of space in front of him. The Scottish players have turned to chase. We can see Stuart Hogg at the upper left as the best Scottish player to have a chance at Carbury. Naturally, Carbury veers to his right, away from Hogg. 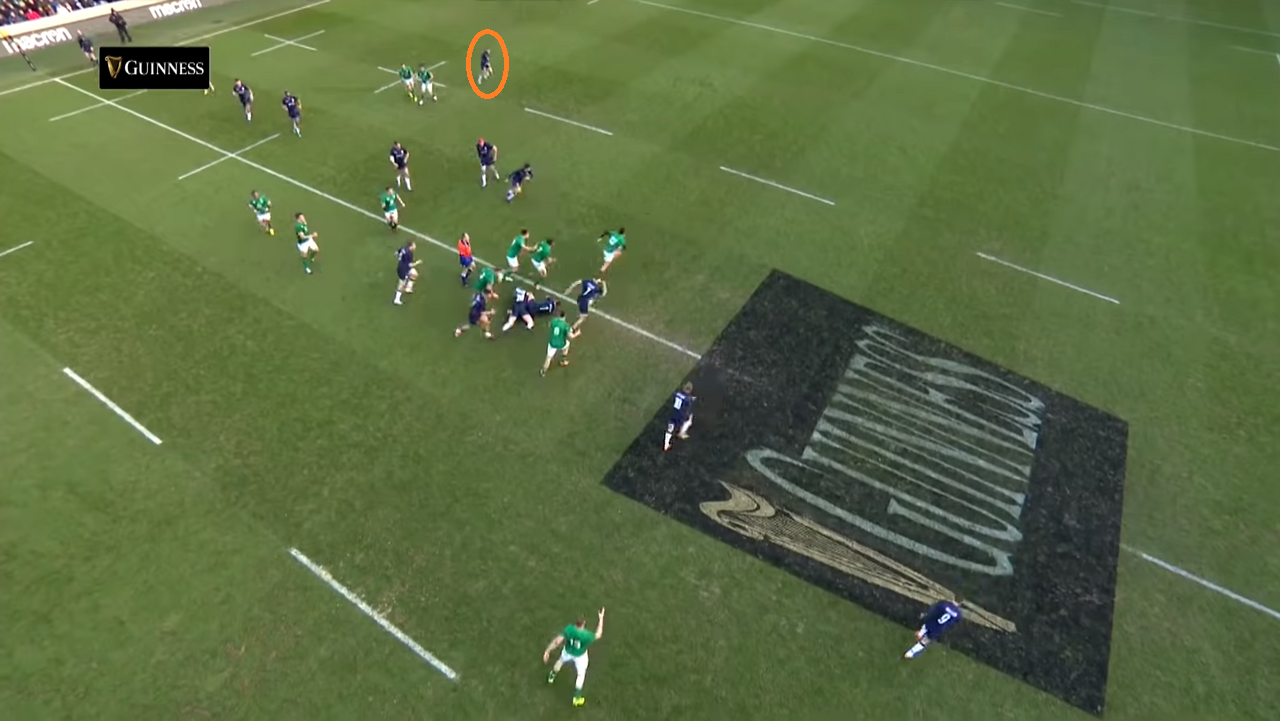 As Carbury continues to his right, Sean Matiland has come off of his wing in chase and is converging on Carbury. Having taken both Hogg and Maitland out of the play, he lofts a pass out to the right into the space he's created. But who is there to receive the pass? 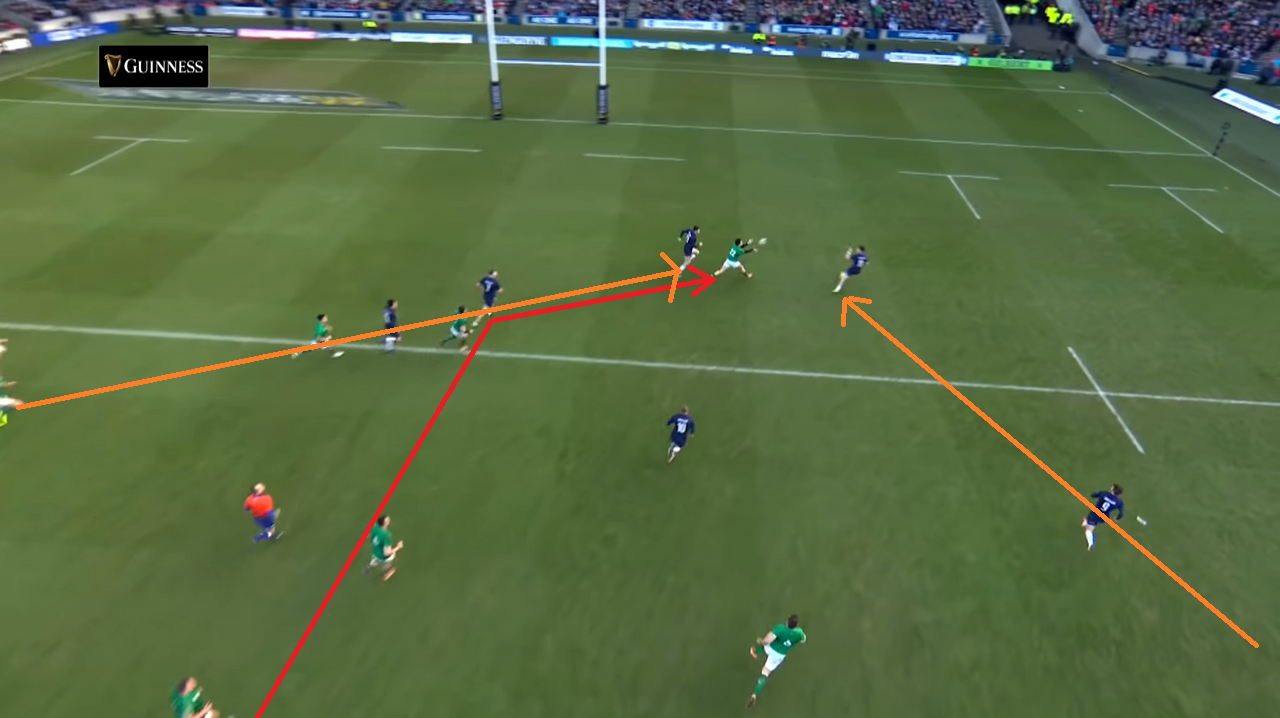 Irish winger Keith Earls has been running a strong support line this whole time, just off-screen. He's in for the try. A wider sideline angle can show how he got so open. 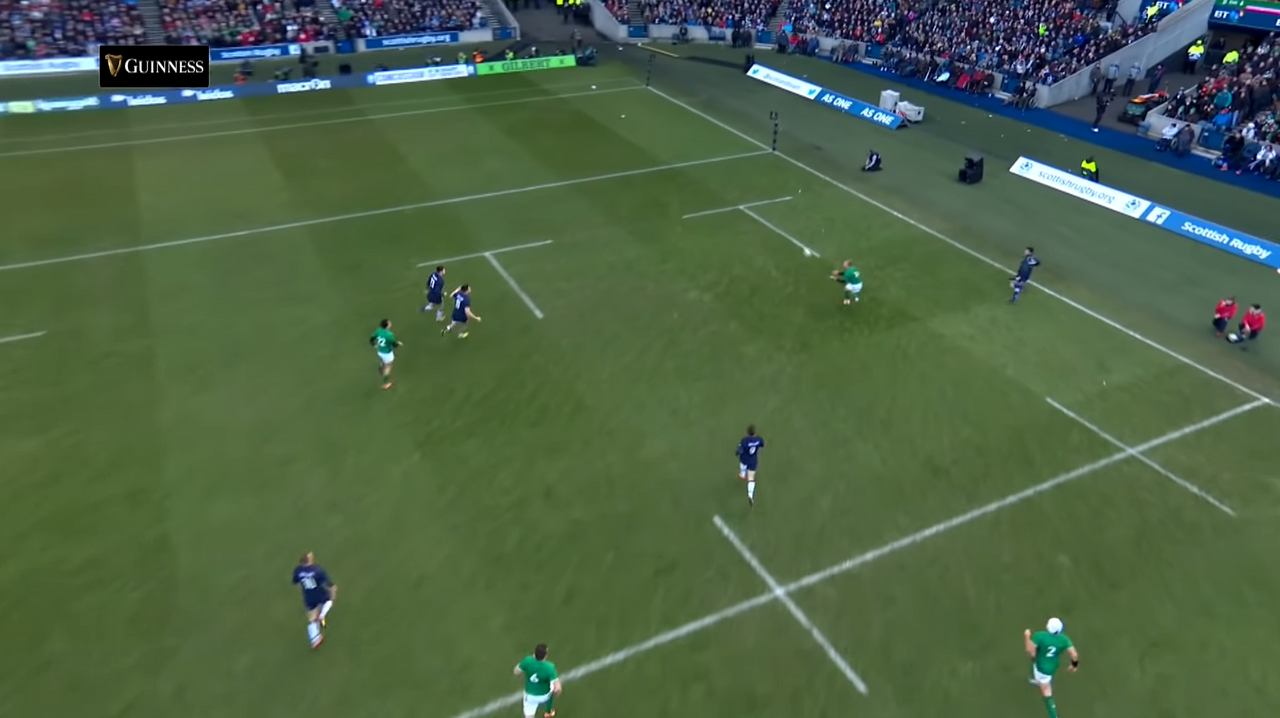 As we go back to just after the line break, we can see what we saw before- Carbury with ball in-hand streaking up the middle, with Hogg and Maitland coming to meet him. Just down at the bottom of the screen, we can see Earls head down and sprinting up field. 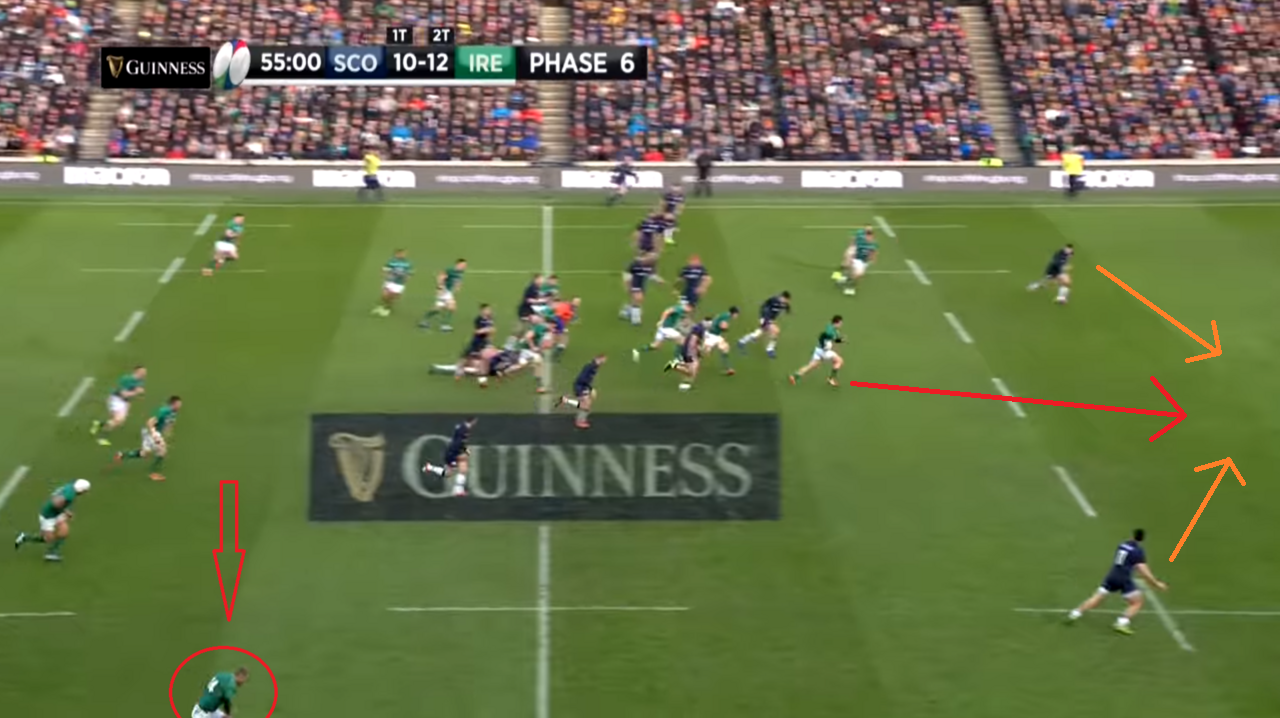 As Carbury turned towards him, Earls throws a hand up to call for the pass. By staying wide, Earls was able to take advantage of all the space Maitland had vacated. 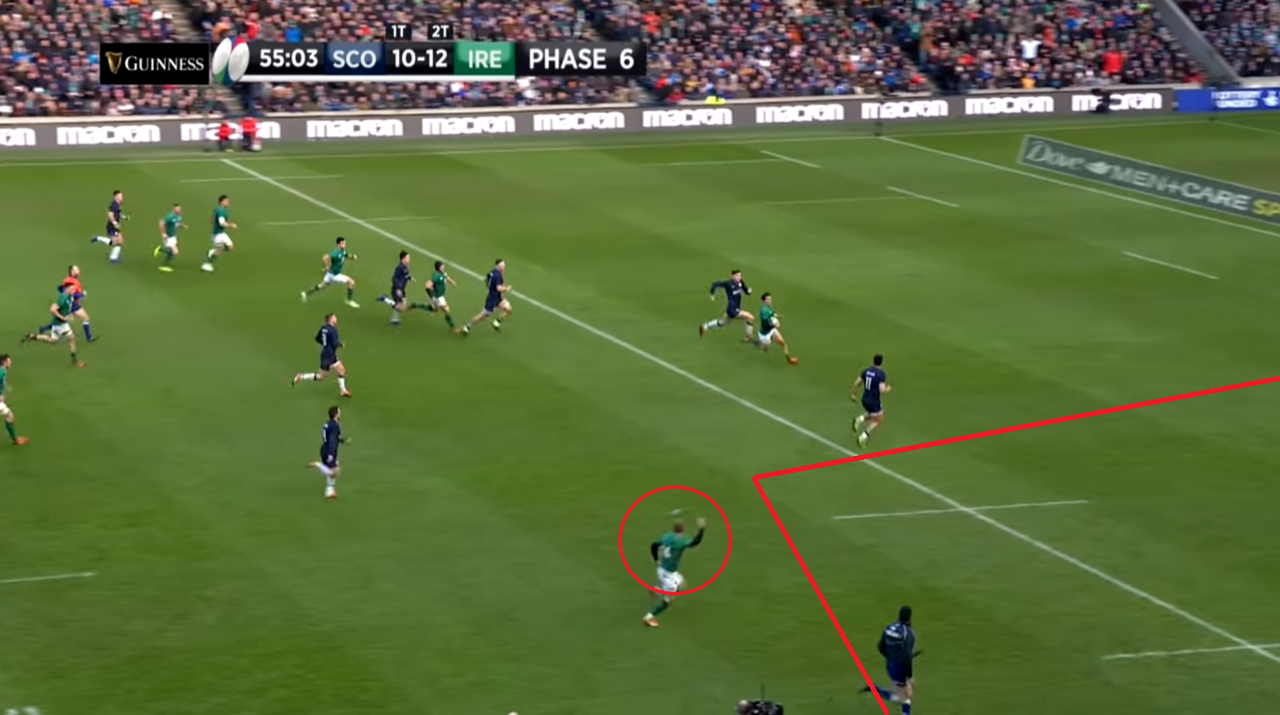 A cardinal sin in rugby is ball-watching. As I touched on in Following Your Pass, so much success in rugby comes from working hard to be in the right position to make something happen. Earls didn't sit and thing "Ah, sure, Joey's in there." No, the second he realized what was going on, he not only busted downfield as fast as he could, he went to the space Carbury created for him to use by sucking in Maitland.

Credit here for Carbury for creating the initial linebreak that lead to Scotland hurrying for defensive cover and also for making the final pass. Credit also to Earls for being where he needed to be so Carbury had that option.