IF U LIVED HERE U'D BE HOME BY NOW

It already seems likely that the team's home opener against Florida A&M University could be relocated to Florida Atlantic's home stadium in Boca Raton. Worries are that if delays persist, the October 8th rivalry game against Florida State might be forced to Orlando or elsewhere, as the school scrambles to set contingency plans.

Well...I have two pieces of advice for the athletic department.

First, be pessimistic. Oh, it might be done after all? Construction delays might be overblown? No. My day job is in the construction industry. If someone's telling you that there might be a two-week delay right now, it's because they need two weeks to come up with an excuse for the six-month delay. Heck, I might be delaying a project right now. I'm not even sure.

Second: you've gotta show some imagination! Orlando? What are you, a family of five from Ohio? You gonna Instagram every beer you have "around the world" at Epcot after the game? C'mon, now. This is THE U. You used to swagger and preen and crash jet-skis. You used to believe in things. Now you're gonna turn your home games into the Cure Bowl?

Fortunately, I'm also an unlicensed real estate agent, so I've got some lovely properties to show you, should the whole season need to be relocated.

Let's be honest, this isn't really a marquee game. FAMU went 1-10 in FCS play last year, and chances are you'll be resting all the starters by the 3rd quarter, if not sooner. You're just going to be dipping your toes into the season. So why not rest in style, and dip your toes into a nice heated pool? This AirBnb listing is perfect - just, hey - no loud noises after 12am. 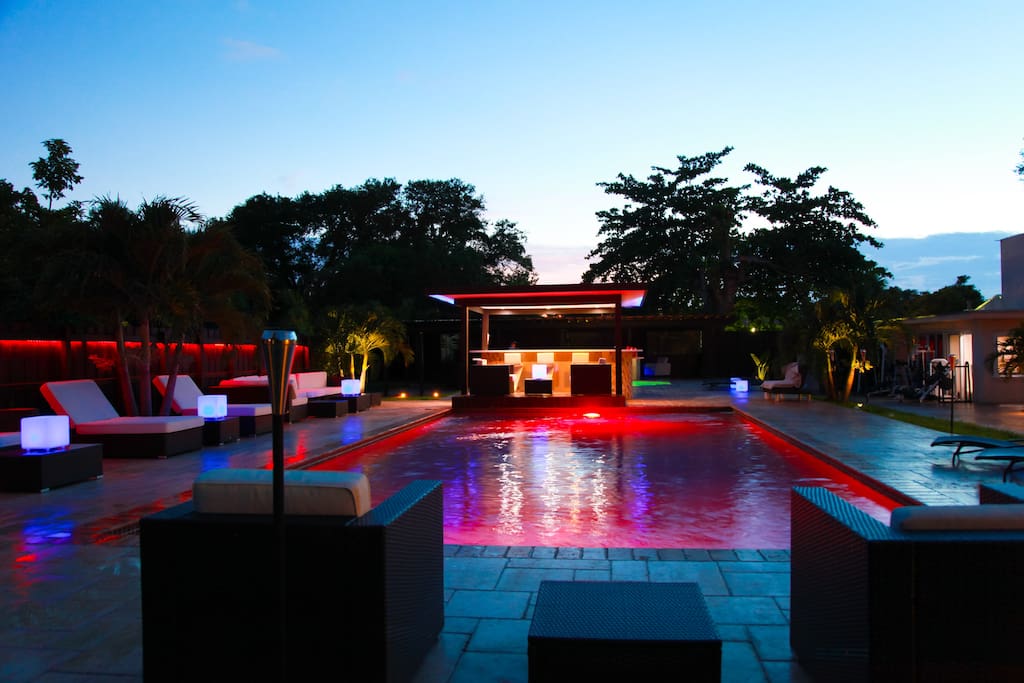 This beautiful 15 bedroom rental property is in the heart of North Miami Beach Fl. With it's spacious grounds, it is the perfect home away from home as well as the perfect setting for private events.

Boy, you really went out on a limb with the non-conference scheduling to start the season, huh. FAU went 3-9 in 2015, but at least they're an FBS team? Anyways, if you're actually serious about proving your resume to the playoff [snicker] committee [single tear runs down my cheek], you're going to want to show that you challenged yourself, and this isn't a great way to do it. So add to the difficulty level! Play them on their own turf!

"Well, yeah, we already said we're considering moving games to Boca Ra-" NOT WHAT I'M GETTING AT. Anyone can play a game in Boca. Temple and Toledo had a bowl there. No, you need to meet FAU where they really live: the actual Atlantic!

The iconic Miami Marine Stadium may have been designed for powerboat racing - but pretty soon, you could be boat-racing the Owls in the scenic splendor of neglected historical artifacts!

Okay, we get it. This is a big home draw, the biggest of the season, and you don't want to give it up.

But if there's one thing you want when you're playing the Noles, isn't it to be playing them in Atlanta?

It'll make a nice undercard for the Georgia State - Texas State game that night. Might even be able to coattail on their attendance.

Hoo, boy, that stadium's still not ready, huh? And we're into the thick of another ACC conference schedule slog, against a pretty good team? Let's think big picture for this one.

It's a whole new broadcast market, and it's better than the ACC Network. And hey, if you're lucky, maybe the Tarheels can't find it. They might've missed astronomy class.

Alright, we're starting to run out of options here. Stadiums are busy, cold weather is setting in a lot of places. Gonna have to scrounge.

You'll be playing this inside a theater showing Independence Day: Resurgence!

Because who understands you better than an audience that'll forgive quality for nostalgia's sake, and just wants to see a disaster?

Last year's matchup was kind of a debacle. We get it. The officials totally blew this game, and maybe Duke should've won, and maybe you'd rather not return to the field where you benefitted from that malfeasance and deal with a bunch* of pissed-off Duke football fans. Maybe! Wouldn't you prefer to be at home by now? Probably!

Well, too bad. Stadium's still not ready. But even at the end of this year-long road trip, you can feel you're confidently in control when [slips into bad Drew Carey impression] you're behind the wheel of this brand new car! [crowd goes nuts]

On the plus side, though, it's got heated seats, so Coach Richt'll feel right at home.