Share All sharing options for: BETTER KNOW A CLEMSON FAN

This offseason, we're reaching out to fans of various college football programs with one goal in mind: to dispel with (or, in some cases, confirm) our preconceived notions of what that fanbase is like and come up with new and exciting ways to make them angry in the future. Next up: Brian from Shakin The Southland dares to suggest Danny Ford is not Clemson Moses.

What's the most inaccurate stereotype of Clemson fans?

That we're a bunch of illiterate rednecks. Yes, Clemson is in the middle of nowhere South Carolina, the type of place where you may wonder what decade or even century it is. But we have 2 Wal-Marts in the area, plus several Waffle Houses! (Editor's note: Our style guide says it's "Waffles House.") That has to count for something. Yes, we have our sidewalk fans that give the school a bad name, but Clemson is pretty great academically. It's the premier school of South Carolina, and it isn't at all that redneck stereotype.

What stereotype should we be mocking instead?

The Old Money feel. Clemson fans love to talk about how Clemson is the elite school of South Carolina. The academics are good, but the way some fans talk you'd think Clemson was the Harvard of the South except the football team is too good for that. You'll also see some Ole Miss Lite going on as well with many fans dressed to the nines for game day. Don't worry, some fans wear normal clothes too. But it's definitely mockable, especially with how serious some fans take it.

(Editor's note: below is one of the first entries in our photo tool for "Clemson fan.") 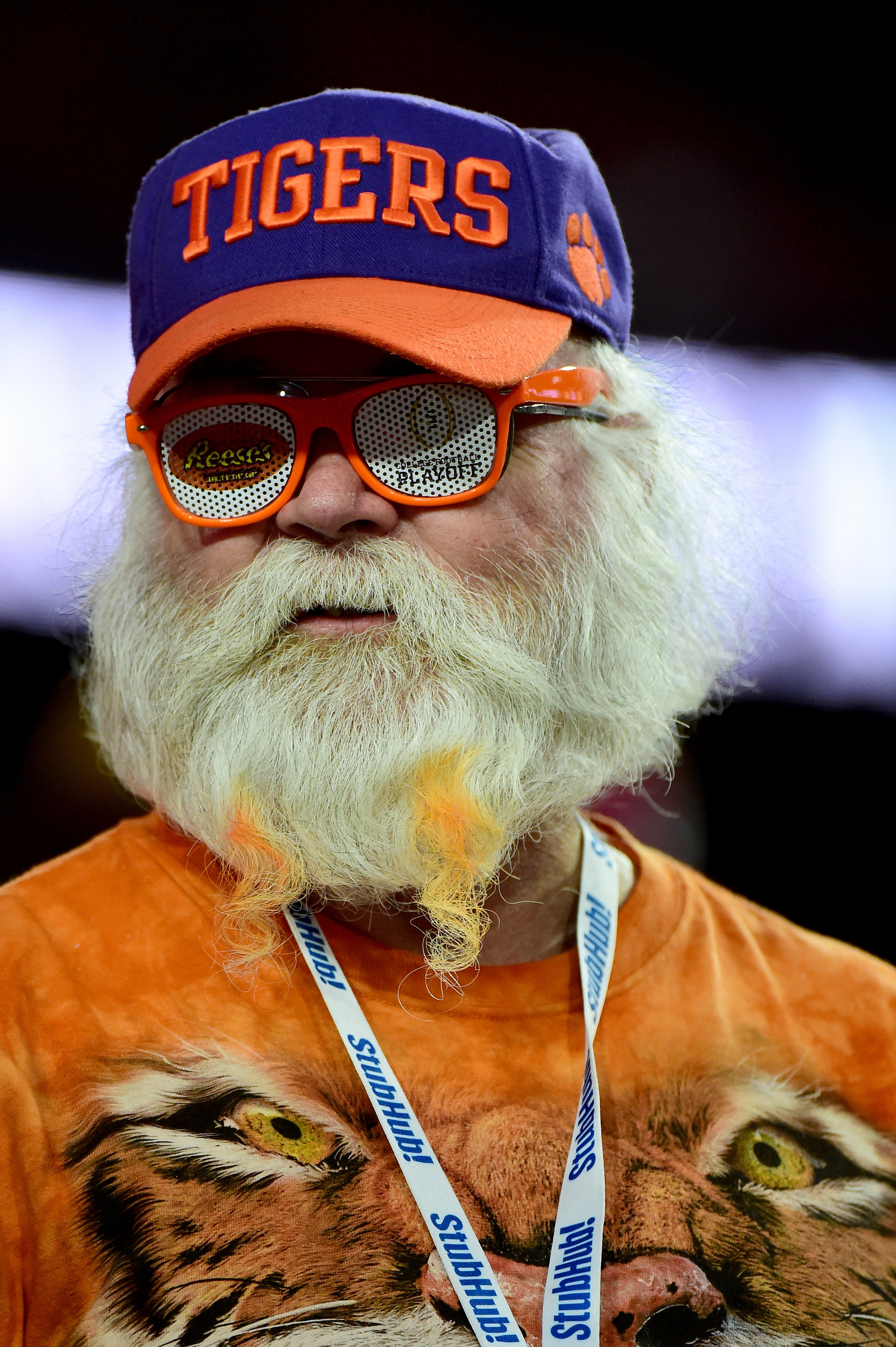 If a Clemson fan has to be roommates with a fan of another team, which one are they most likely to get along with?

A lot of people want me to say Auburn. Both are similar schools with agricultural pasts, a few football triumphs, and similar mascots. (Editor's note: please say this means Dabo Swinney can shapeshift into an eagle.) Clemson also had the same colors as Auburn back in the early 1900's, borrowed from the Princeton Tigers of all places. But really I think Clemson would get along the best with Louisville fans. Their arrival in the ACC was excellent not just for football, but all sports. Our games with them have been competitive nail biters and the fans have been great. Louisville understands the ACC unlike some new additions like say, Syracuse. Rooming with them would be great. And they have that pizza deal, which mean Dabo needs all the pizza hookups he can get.

What's the worst subsection of your fans?

The Danny Forders. There is a subsection of our fanbase that holds Danny Ford as THE gold standard of Clemson football. If Coach Ford didn't do it, it isn't worth doing. A lot of people don't realize it, but there was a vocal minority of Clemson fans that would have been ok with firing Dabo up until this past football season. Think about that. A coach with the school's first conference title since 1991 and multiple 10 win seasons and excellent bowl wins was wanted out by some fans because he wasn't Danny Ford. Dabo is apparently too nice and too easy on players to ever be successful. Never mind what he has done with the program compared to where it was in 2008. Clearly he had to be fired. (Editor's note: how come Clemson can't win without an Alabama grad leading the program Pawwwwwwwwl?)

What is a Clemson fan's most delusional but firmly held belief?

The notion that Clemson is a blue blood in football. As much as I love Clemson, even at full power we are in that second tier. As a small school with around 15,000 undergrads, we're smaller than most schools in the SEC and are more of a regional name than anything. Can Clemson compete for national titles? Absolutely, but expecting Clemson to always be in that conversation year in and year out is delusional. But you wouldn't know that if you went down to Clemson, SC.

What is a Clemson fan's deepest fear?

South Carolina actually winning something. (Editor's note: given their current leadership, this is also high on the list of Florida fan fears.) Under Spurrier they beat us 5 times in a row, but even with all that talent they only went to the SEC Championship once. Before Spurrier they were under .500 historically and did squat. If they ever won a conference title or God-forbid a national title, I think Clemson would burn. It would be worse than losing to Georgia, worse than getting embarrassed in the Orange Bowl, and even worse than losing another national title game.