Somehow, someway, the Factor Five has a 2-1 record this season. Will our winning ways continue tonight? Almost certainly not.

This would normally be where we tell you that Paxton Lynch can throw the ball. Like, really, really throw the ball. He's a top five quarterback this year in yards per pass attempt and completion percentage, and he's got six touchdowns to zero interceptions. Admittedly, the competition Memphis has faced thus far - Southwest Missouri State, Kansas, and Bowling Green - isn't terribly impressive defensively. But when you consider the Tigers aren't a pass-first team, that's a really fantastic backup plan to a good running attack.

That is not the statistic we will focus on, however. Instead, we'll focus on a proprietary measurement we've devised called F.E.U.D. - Fuck Em Up Desire. Simply put, F.E.U.D. is a wholly arbitrary calculation of how much we want to see a non Power 5 team fuck things up for the Power 5 conferences in general. A partial list of the F.E.U.D. standings are as follows, on a scale from one to 100:

It's not your fault, Cincinnati. Eventually, you'll hire Luke Fickell as your head coach and we'll show you a little more love.

MASCOT. Cincinnati did not deign to give their mascot a name beyond "The Bearcat." 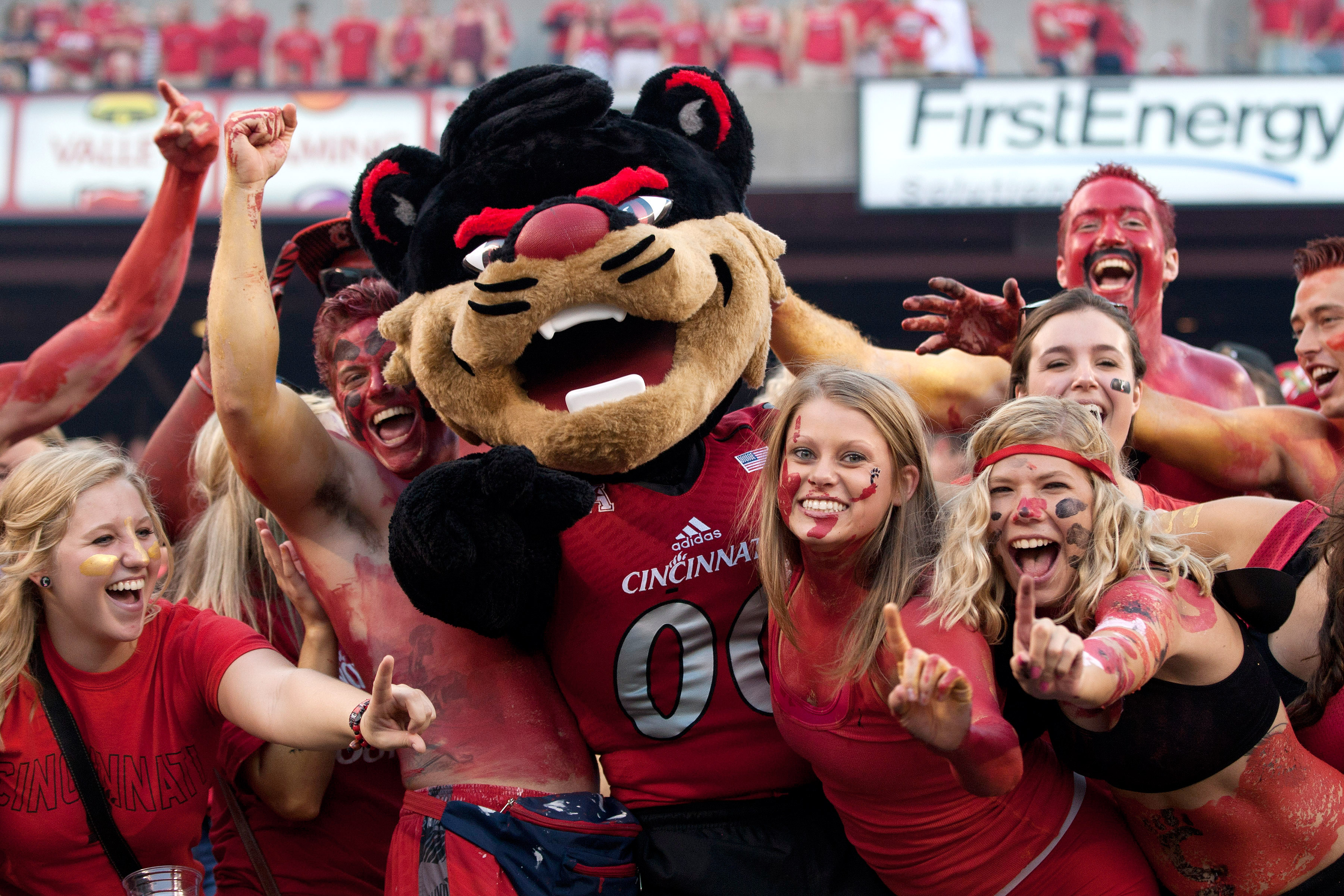 If you're thinking he looks familiar, let us help you make the connection:

When MC Skat Kat's musical career hit the skids, he decided to go back to college. There's something admirable about that kind of humility, even if he'd probably be better off with a bachelor's degree than working the sidelines at Cincy games. Though only slightly so.

Like The Bearcat, Pouncer also came from the entertainment industry.

Tigger's probably happier here. The animals of the Hundred Acre Wood have actual life problems and struggles to deal with, and his optimism and energy aren't always the appropriate response. But as a mascot, all you're supposed to do is bounce around and smile and goof off, whether or not things are actually going well.

Normally, Tigger vs. MC Skat Kat wouldn't be a hard decision, and Memphis would take this category. But only one of these mascots has been arrested, and it's not Pouncer.

Cincinnati Football has long been a source of notable college football names, and the 2015 squad is no different:

But nothing is better than Leviticus Payne. That's a badass villain from a comic book you weren't allowed to buy as a child. "Born in Hell. Raised in a knife factory. LEVITICUS PAYNE."

GRUDGES/SCORES TO SETTLE/SHEER CUSSEDNESS. Memphis and Cincinnati played each other every year from 1992 until 2004, and the Bearcats went 7-6 against the Tigers in that span before leaving Conference USA for the Big East. Their reunion under the AAC hasn't changed that balance; Memphis won last year, Cincinnati the year before that. With the exception of the obvious - Cincinnati trying to avenge last season's drubbing - there's not a ton of anger to this.

But there is this: in 1995, Tommy Tuberville got his first head coaching position, at Ole Miss. That season, he got his first road win with the Rebels in November against...Memphis. And that motherfucker's been moving into a new house whenever he feels like it ever since. You take your house back tonight, Memphis. You take it back for the rest of us.