THE B1G SHOWS ITS WORK

Share All sharing options for: THE B1G SHOWS ITS WORK

With the advent of the College Football Playoff era, strength of non-conference schedule has become a bigger-than-ever talking point as conferences and schools attempt to burnish their resumes. This chatter only grew stronger when, in the inaugural season of the playoff, one-loss Big XII co-champions TCU and Baylor were left out of the final ranking due to non-conference slates that ranked as thin and "quit trying to tell us about Buffalo, Art" thin, respectively.

Conference commissioners recognize the problem, and are beginning to crack down on cupcake scheduling. The SEC and ACC have instituted rules requiring member schools to play at least one non-conference game against teams from "Power 5" conferences. The B1G, a frequent target of criticism for their relatively weak SOS, has instituted a similar rule, and-

Okay, well, there's a very strong case to be made for Notre Dame - though they're not technically a "Power 5" school, no one would question their prominence in the national picture. Similarly, BYU represents a tough challenge for opponents at any level. But then...Cincinnati? Though it's the opinion of this particular writer that the Bearcats would be a fine inclusion in any power conference - and they're certainly a worthier opponent than say, Wake Forest or Colorado - the inclusion here seems a bit odd.

Then there's Army and Connecticut, two schools that have combined for 5 FBS wins in the last two years (including two against each other). Sure makes it sound like you're just re-writing the rules on the fly to make things easier on yourself, B1G, doesn't it?

We solicited the B1G's response to this issue, and they provided the following justifications for future non-conference opponents:

Ball State? Oh, yeah, that's a real tough one. See, Ball State was named after the Ball Brothers, founders of the Ball Corporation, which makes glass jars. You ever tried to open one of those jars? Try it. Look, you can't get it! Tap it on the countertop. Nothing. You've got no pickles and your hand is sore. Really proud of Illinois for taking on this one.

See this one's right there in the name. Idaho Vandals. Vandals! You think it's easy keeping a nice clean campus when you're playing vandals? Last time we played them, Monday morning we find "more like Indiana Loosiers" carved into the bathroom wall. Those Petrino brothers are incorrigible, I tell you. This one really strains the maintenance budget. Good game.

Okay, this is a deceptive one. You think you're playing Howard University, sure. But it just says "Howard". That could be anyone! Could be Howard Hughes. You don't want to play someone with those kind of resources. Might be William Howard Taft! You ever try tackling a guy that size? Maybe it's Howard "Duane" Allman! Now you've got a motorcycle wreck on your hands. You know what the "H" in HP Lovecraft stands for? Howard! You thought you were signing up to play a historically-black FCS school, and now you're down three touchdowns to Cthulhu. Seen it a million times.

You're gonna be all like "North Texas is just a mediocre C-USA team", I get it. Look at their nickname, though: they're the Mean Green. See, not all challenges are physical. Nebraska played them in 1993, and they said some really hurtful things about Lil' Red. Mascots have feelings too, you know. Even the really creepy ones.

You wanna talk strength of schedule, buddy, that's a shear wall right there.

I once went on a bachelor party in Vegas. Got lost getting out of the limo on the way back from the club and couldn't find my way back to the hotel. Had to call my friends and use a Wayne Brady billboard as my north star. No man should have to go through that. Purdue's brave, I tell you, brave.

I don't think I need to show you the research on the dangers of simple carbohydrates. Fremeau Efficiency index? Try glycemic index, man. 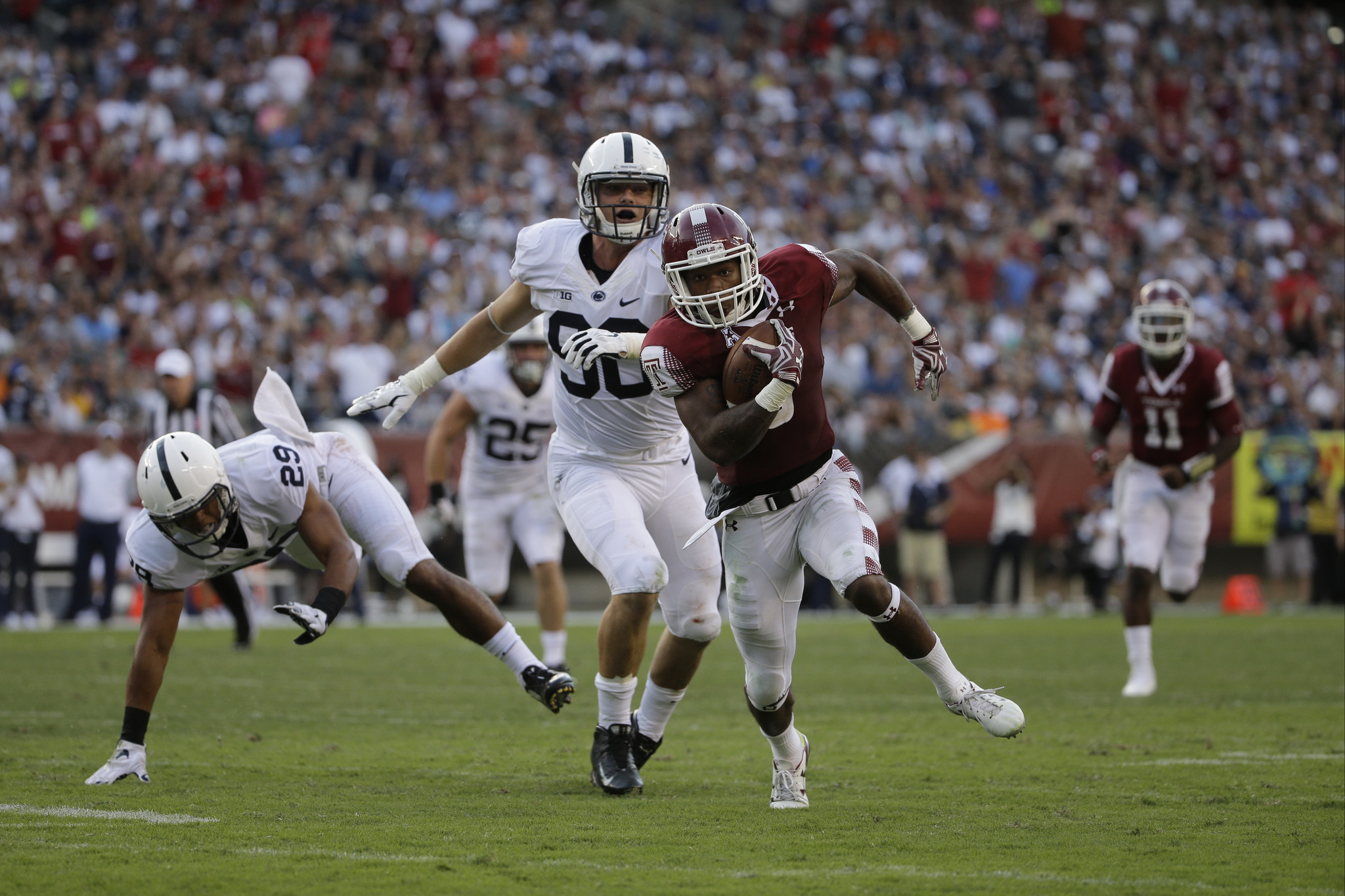 Okay, well, what had happened here was...