ALBERT GOT AN EYELIFT

BIG EYES AREN'T THE WORST NEW OPTION FOR A MASCOT

Share All sharing options for: ALBERT GOT AN EYELIFT

Albert and Alberta got eyelifts. Or eye-opens. Whatever you call it when this happens, and you end up with a much larger eye than you had before. Your own eye, not someone else's. We're never going to be the kind of rich that ends up with the kind of familiarity with plastic surgery terminology, or the distorted Papa John eyelifts and fillers that go with it. We've seen you in person, John Schnatter, and you look like a wind-chapped man in a wind tunnel standing in a hallway with zero breeze.

Anyway, this happened to Albert and Alberta's eyes. 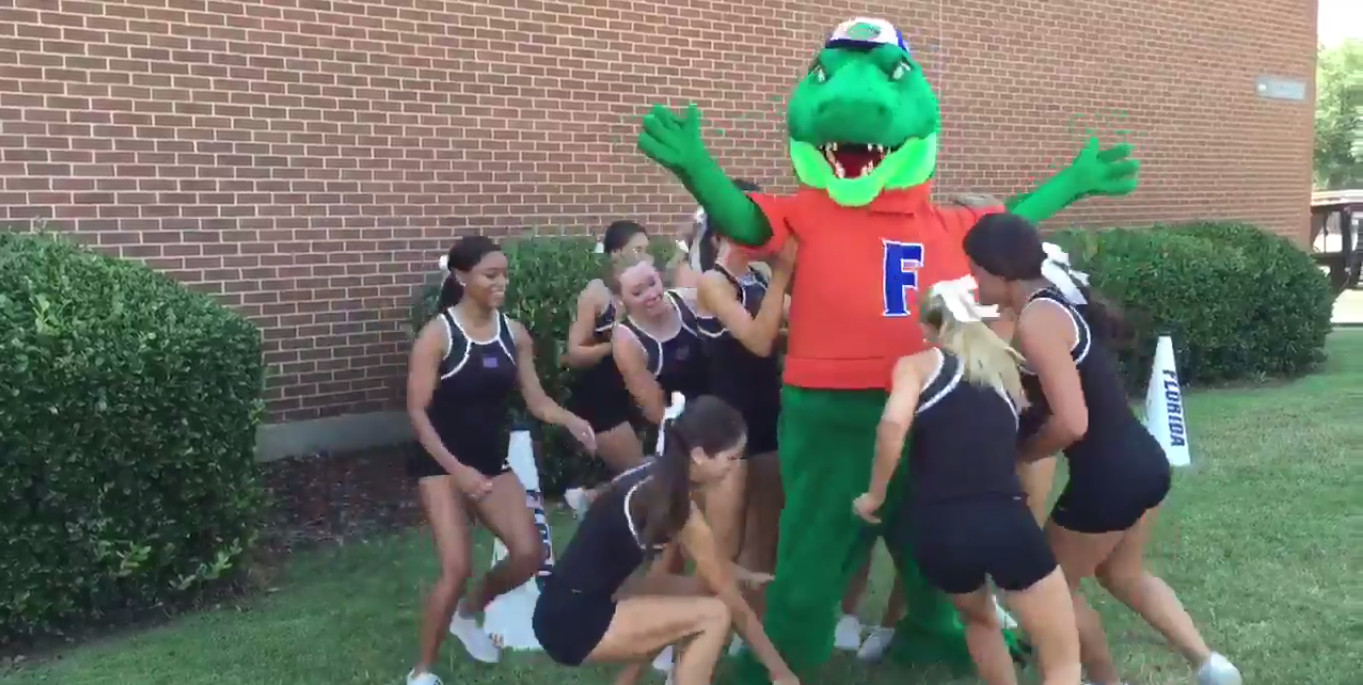 We will miss squinty fat Albert, if only for resembling so many of his fellow Gator fans: squinting, via blazing sunshine and a tendency towards being fatfaced from too much mediocre Sonny's barbecue and beer; sort of fat, via the aforementioned barbecue and not wanting to move much in 95 degree temperatures with steady 50% humidity.

We did experiment with making some mascot or mascot-affiliates' eyes larger, and the results are offputting. For instance, Yell Leaders sort of look like Judge Doom from Who Framed Roger Rabbit's large adult sons.

Still, the option of making the mascot's eyes bigger is a far better option than the other alternative: terrifyingly small eyes.

Brutus looks like he just drove through a billowing, mysterious cloud of chemical smoke from a train derailment.

The Jayhawk looks the same no matter what you do to it, which is sort of appropriate given KU's football history.