SCENES FROM YOUR SPRINGTIME

A CONVERSATION YOU'RE BOUND TO HAVE SOME VARIANT OF SOON

Share All sharing options for: SCENES FROM YOUR SPRINGTIME

The weather's finally broken across the eastern half of the United States this week, melting the snowpack and bringing the prospect of actual, appreciable spring tantalizingly close.  You can put the snowblower away, clean off the grill and look forward to longer evenings and fun times ahead.  (Oh, it's been warm in California the whole time?  Cool, cool.  We're happy for you.)

With this warm weather comes a real, undeniable danger, though: coming out of the blanket fort you've been hidden in since The Age of Mississippi Playoff Teams means you're liable to end up discussing sports outside of your carefully-controlled, like-minded, reasonably-well-informed Internet bubble.  (Warning not applicable in Florida Panhandle).

Barbecues, work events, weddings, children's birthday parties: at some point, you're going to accidentally end up talking college sports with someone you didn't intend to.  And it might look a little...  like this.

THEM: yeah, I love college football

THEM: Georgia, how about you?

ME: No, the University of Cincinnati.

THEM: You guys play football?

ME: Well yeah, in fact we've been to two BCS bowls since Georgia's last one, b-

THEM: Hey there's this great college football blog I read

THEM: Yeah it's called Outkick Th-

ME: SO YOU GUYS LOST TO FLORIDA THIS YEAR HOW ABOUT THAT

THEM: Yeah, it sucks, but they won the title last year, so, no shame, you know

ME: I think you're thinking of Florida Sta-

THEM: Tebow should've gotten a shot in the pros if you ask me

ME: or at least with the Jaguars, right

THEM: yeah, but they got Johnny Manziel, they'll be okay

ME: in a just world they would have

THEM: I wonder if Texas'll be able to move on without him

ME: Well he's been gone for a full year and he didn't play for them, but yeah, I think Charlie Strong has them on the right track

THEM [nodding thoughtfully]: you think Strong's gonna start this year?

ME: at the current attrition rate I suppose it's a possibility they should consider

THEM: they just haven't been the same since Coach Taylor retired

ME: well that's not even accurate in the fictional sense of things let alone the real world

THEM: you see Michigan got that guy from the NFL?

ME: where are we going with this one

THEM: you know, the coach who was in the Super Bowl a couple years ago

THEM: Jon Gruden, I think

ME: [zones out for five minutes while imagining that magical world]

[comes to in the bushes and he's talking about Tebow again]

THEM: whatever, it's biased against teams who lost to Georgia Tech

ME: aren't we all though

THEM: pretty cool that Oregon finally won one, though

ME [shrugging]: close enough I suppose

THEM: I wonder if Chip Kelly'll ever get a shot in the pros now 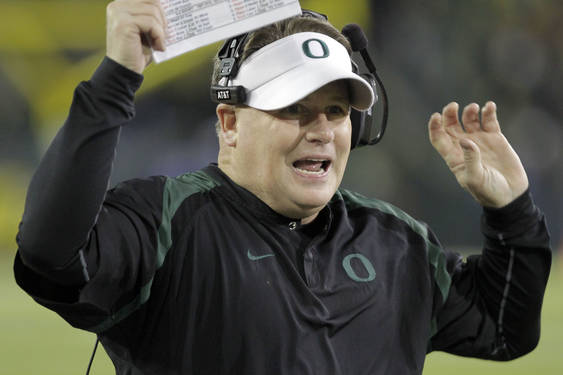