HOW TO FEIGN AN INTEREST IN THINGS THAT AREN'T FOOTBALL

Share All sharing options for: HOW TO FEIGN AN INTEREST IN THINGS THAT AREN'T FOOTBALL

Generating internet content is hard these days. You've got to be quick, nimble and responsive - reacting to fast-moving trends and a non-stop cycle of news and happenings. You've got to engage readers and grab eyeballs in an ever-more-crowded marketplace. Most of all, though, you've got to make people mad.

One seemingly-limitless wellspring for the precious Hate-Click/Hate-Share/Hate-Reaction-Thinkpiece is the "How To Conform To A Terrible And Outdated Stereotype" advice piece! There's one making the internet rounds this week, and I'll opt out of linking it here because it's garbage like all the others, but the premise is such: Women, you can fake an interest in football to get a man, and that's okay!

Well, no, it's not. First of all, there are plenty of women who know a lot more about football than plenty of men. This is an understatement that shouldn't even need to be stated. Have you met most men? They don't know shit about football. Cripes, there's at least one writer on this blog who barely knows a thing about it. (I T ' S  M E.) Second, if you're not someone who's actually into football - especially the college game - it can be really hard to feign a convincing interest! It's a sport built on a complex structure of tradition and hatred, and unless it's in your blood, you're just not going to hate the right things. "Oh, you're a Georgia fan? [clears throat] Brian Schottenheimer." If your face didn't twitch in anger, I know you're full of shit.

Fret not, however! This is a football site. We're all college football fans here already, or at the very least Purdue fans. We don't need to feign an interest in football to get a man/woman. We do, however, need to feign an interest in literally everything else. There's a whole lot of not-football we've got to wade through to get where we're going in life. (Which is back to football.)

That's where I, in the grand internet tradition of Unqualified Advice Columnists, can help. Let's begin.

Hoo boy, tall task right off the bat. I've seen how many comments some of you make here. Lot of billable hours getting burned there. Look, I'm not your boss, I don't care. Someone probably is, though, and they might. You need them to believe you care. Anyways, don't look at it as "your dream job" or "your calling" or "the thing you were put on this earth to do." If you're over 22 and you're not a marine biologist teaching English abroad, you know damn well that crap doesn't work.

You've got to think like a coach. Not in the sense of gameplanning, tactics, or any of those things. No, you've just got to smile. Shake hands. Smile again. How's the family? Walk fast wherever you're going. Reassure everyone that you've got a process. How's everything? Everything's great, it's on track, we're just focused on the week ahead. In reality, you're just angling for your next jump. You're your very own Todd Graham. Who cares if this place is Tulsa? You're going to be at Pitt in two months. Until the ink dries on a new contract, though, you're just so proud to be a [glances at notes] Golden Hurricane and raise your family in the wonderful state of [glances at notes again] Oklahoma.

Also, just be generally likeable, avoid legal trouble, and it won't matter how badly you screw up. There'll always be a South Carolina. 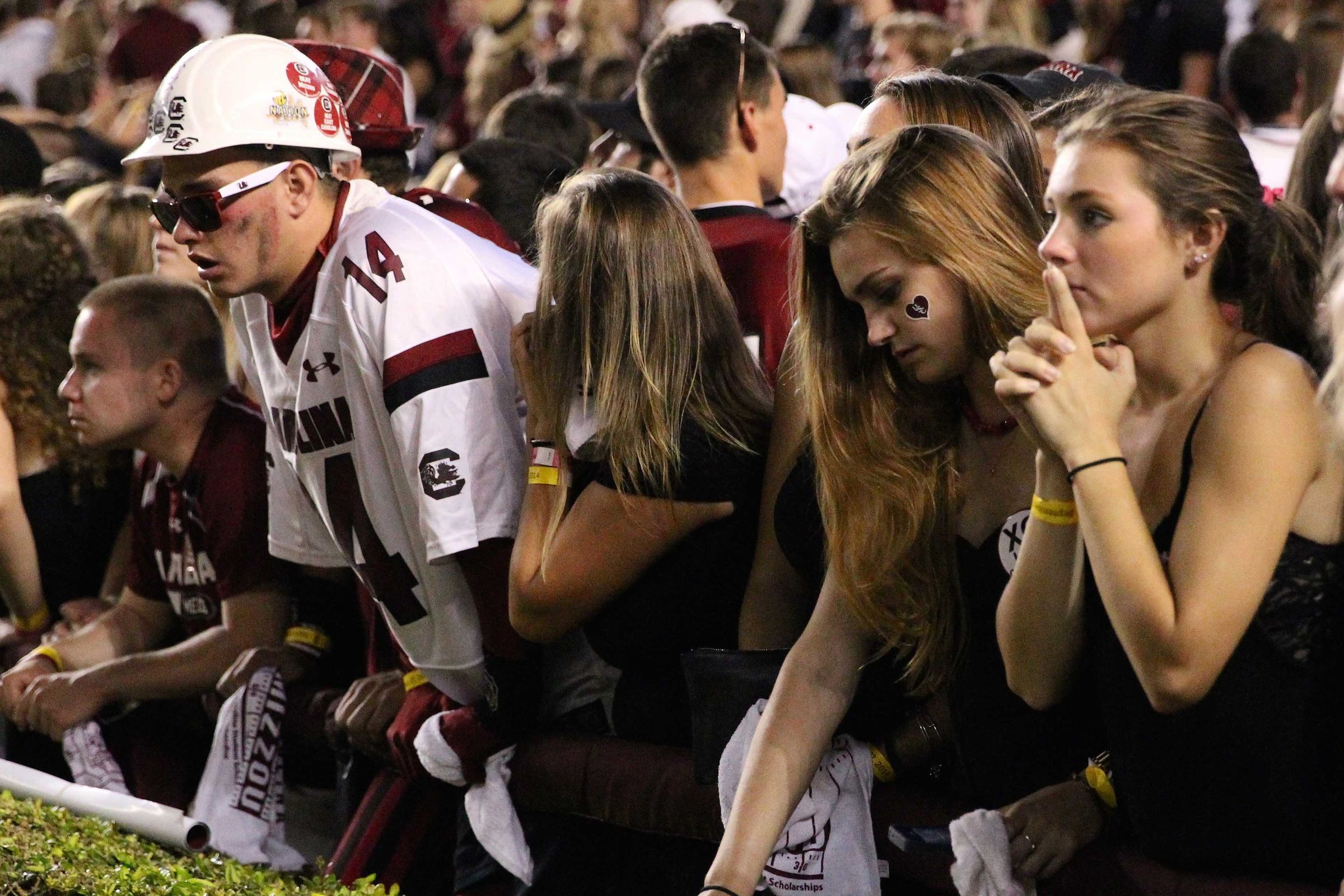 Ugh, these guys. Always with the "I'm hungry" and "I have to go potty" and "I love you, Dad, please put down your laptop and talk to me." They're the worst, amiright? Again, a little role-playing can help. Don't look at them as the disease-carrying tax deductions you know they are. Look at them as tiny recruits! Take an interest in their lives like you would if they were a 5-star prep DE who's considering your school! Ooh, I hope they're happy here! I wonder what's gonna draw their interest? Do you want to go to the zoo? Did you know we have a world-class zoo, one of the best in the country, and it's only a short distance from campus? Let's go to the zoo and win championships together!

The added benefit of this is that you really shouldn't pay attention to recruits who aren't actually your kids. It's creepy and bad. Two birds, one stone.

Some people believe that a well-rounded adult should have an understanding of the arts, and not just to the extent of "did you see when K-State's band turned into a huge dick?" Well, I can't say as I know a great deal about the symphony or the ballet or the opera. I trust that the people performing it are among the best at what they do, but I'm certainly not having any fun. Hey, wait, does that sound familiar? Well, did you watch any Alabama games this year? Same thing. Just watch stonefaced for three hours, nod in vague appreciation, and vote them #2.

Oh, but you need some culture you can actually discuss? Well, go middlebrow: Broadway theater. It's not that different from college football. It's a massive, flashy enterprise built on the broken dreams of destitute teenagers filtered through the profit motives of shadowy big-money backers. Also, you can throw a ton of money at it across the board, and there's still only going to be like, two good things a season. For every 2015 Clemson or Hamilton, there's fifty 2015 Texas A&Ms and Ghost: The Musical(s). 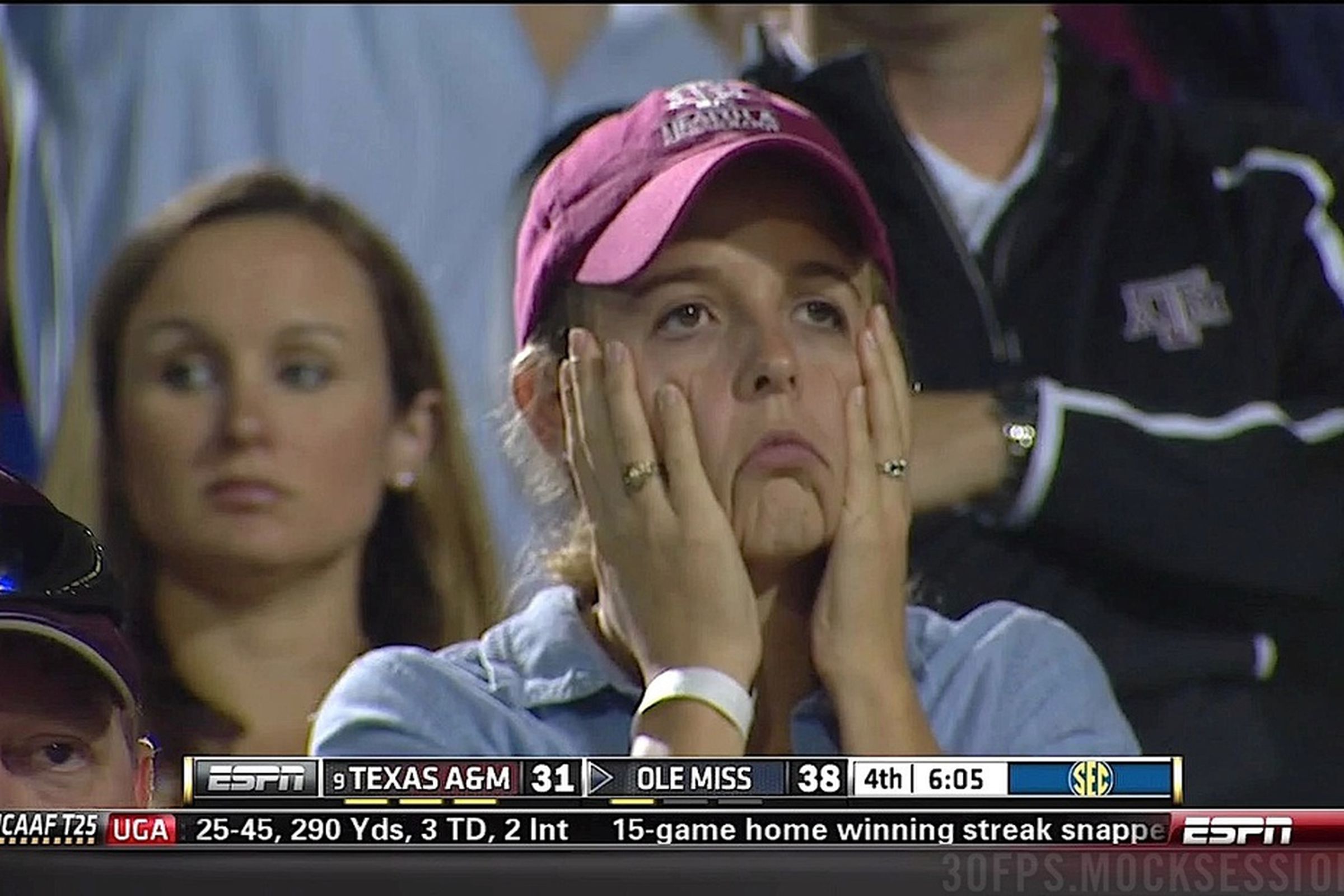 [through bites of salad] Because I'll be damned if I die in the midst of a f&*%ing 5-7 season. 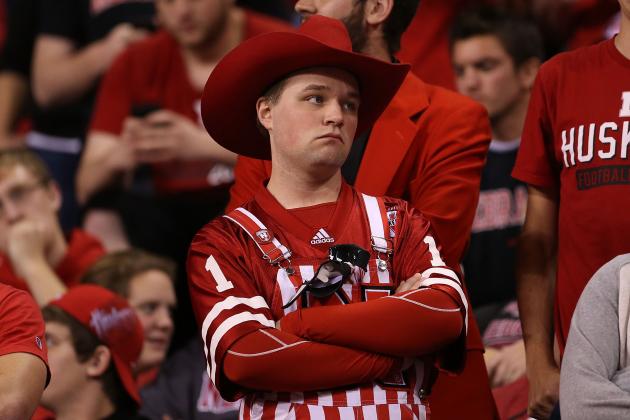