SOMETIMES WHEN YOU LOSE YOU WIN. The scoreboard is a liar. UTSA dominated the dancing punter, giant fucking devastating block, and excellent t-shirt category. Arizona also had to kick four field goals in the redzone, which should engage some kind of automatic rule about losing the football game based on being too ashamed of how you won it in the first place. #TEAMMEEP

IN SUMMARY: The rivalry between Michigan and Notre Dame concludes with neither team liking each other, no one missing the game, and zero regrets. Sounds like a proper 37 year long hate-bonin' all around, and the smoothest possible breakup in a rivalry no one will miss whatsoever. 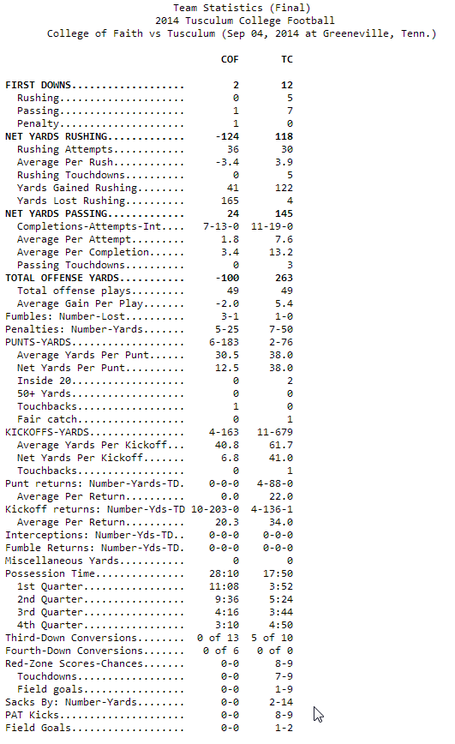 NEGATIVE ONE HUNDRED YARDS ON THE NIGHT. And all done with only one turnover. (via)

LET'S MAKE SOME FRIENDS ON THE KALAMAZOO POLICE DEPARTMENT. P.J. Fleck had three players arrested for shoplifting at the Wal-Mart over the summer and didn't know it because no one told him, which is why it's time to get next-level and start handing out free tickets to the cops. It's like the SEC has to tell you how to do football everything sometimes.

THIS WEEK IN ITALIAN NEWS. The Italian scientific community boldly announces a.) there is no such thing as the G-spot, and b.) the secret to sexual happiness is eating an apple a day.

Jannini also said that the vagina "must be respected" and is not simply a conduit through which children are made.

ETC: Those new McConaughey ads for Lincoln are fantastic. If the state of Florida destroys the city of Waldo, levels it, and forces its residents to flee to other, less reprehensible places (like anywhere) then yes, that would be very good. We did not have this during our time in Turkey and that just means we'll have to go back immediately.