THE SEC EAST IS ALSO...THERE

MOST OF THESE TEAMS ARE DEFINITELY NOT VANDY, WHICH IS A PLUS

Share All sharing options for: THE SEC EAST IS ALSO...THERE

Bill C. wants you to know that those idiot media types overhyping the SEC West as the most dangerous division in college football...are actually right! Every team ranks in the top ten in either offense or defense except Mississippi State, which is top 15 in both categories. Even Arkansas's a much tougher team than they were a year ago.

But what about the other half of the conference? FINE BILL WE'LL FINISH THE JOB FOR YOU.

Biggest strength: Wait, you're saying there's a measure where Florida's OFFENSE is the better unit?

Schedule: You can find four more wins on here, sure. You can also find nine straight losses. Nothing about Florida football means anything anymore.

Biggest weakness: (thwack) I'm telling you, we just need to run the dang ball. Not just on offense, either! Run the ball on defense. Run it on special teams. Run the ball for the halftime show. Run the ball for breakfast, lunch, and goddang dinner. 'Scuse my language. Aw, dangit, I think I left my putter on seven. SHOULDA JUST RUN THAT BALL TOO.

Schedule: All you need to know is Georgia's probably gonna get thrashed by Arkansas and then beat Florida by 25. And definitely beat Georgia Tech. The rules of physics haven't completely gone out the window.

Biggest weakness: Mark Stoops is deathly afraid of lizards. Butch Davis knows this and already has a running tab with every pet store in the state of Tennessee.

Schedule: Still have road games against LSU, Missouri, Louisville, and the aforementioned lizard-rich Tennessee Volunteers. They will win one of those, and it will probably be the one that fucks things up the most because that's how this works.

Biggest weakness: So far under the radar that we might just forget to send them the information for the SEC Championship game if they win the East. "Oh...um...we already printed up the t-shirts that say Georgia's in it...so..."

Schedule: Who were we talking about again?

Biggest weakness: Spurrier may not be sufficiently motivated by hate to win every game left on the schedule. This is why Auburn should play it safe and hire Bobby Bowden.

Biggest strength: UNDEFEATED AGAINST THE OCEAN. 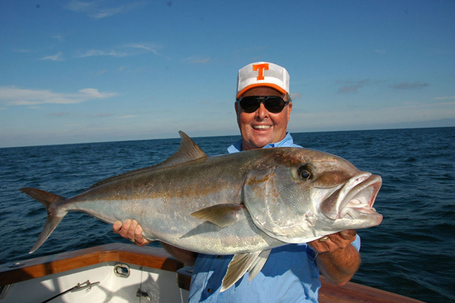 Biggest weakness: Roster has an average age of "can't go see a Rated R movie without an adult." Butch Jones thinks child labor laws are what ruined this country.

Schedule: Irrelevant; the sea does not care about man's arbitrary assignment of months and days. She only wants blood. Dance blood.

Schedule: You're just being a jerk now.