THE MORNING CONSTITUTIONAL GIVES EACH ONE A STORY

LET US TELL IT HERE

Share All sharing options for: THE MORNING CONSTITUTIONAL GIVES EACH ONE A STORY

"Alabama Fans running towards Nick Saban" is an accurate description of this, and yet it seems to leave out so much when you look at the still photography. There are developed characters here, each the hero of his or her own story. And those stories deserve to be told.

(all photos courtesy of Vasha Hunt) 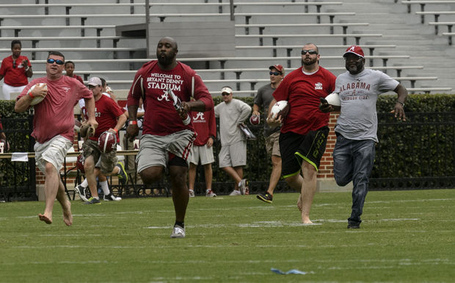 He didn't even care that much for football; David had always found tennis much more graceful and impressive. But there were just so few chances to run against your friends and neighbors in life. Not "race," mind you, with some stupid number pinned to you and grabbing tiny cups of water while you avoided spent banana peels. This was a chance to really RUN, the way you did as a kid.

And David was going to whoop his dentist's ass. 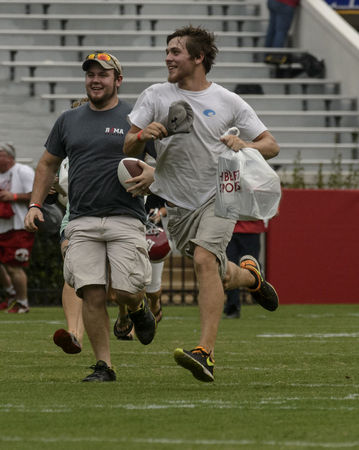 It took some practice, but Citizen PL-2271 had figured out how to keep the blade strapped to his thigh mid-stride without stabbing himself. He'd practiced with a substitute, of course; a cut was one thing, but the poison coating the knife's edge was too fast-acting for antidote. Assuming it WAS poison. The Emperor had so many spies amongst the citizenry PL-2271 might well have purchased a weapon dipped in donut glaze.

But he had to take the chance all the same, or hold off until another Emperor Descends Amongst His Beloved Day. And the souvenir PL-2271 craved was too fantastic to wait for: the Emperor's heart. 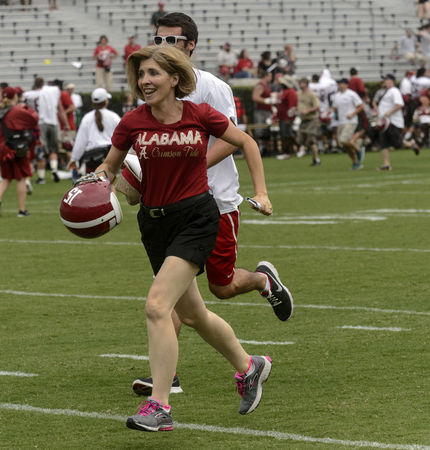 Kiffin in sight, Dr. de Parmentier willed her legs to go faster. Was this science? Or was it...love? 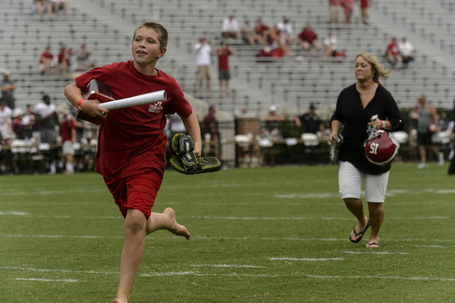 37 dollars. That's what Skip had paid for the sandals, but they'd cost him much more. Three lawns mowed. Four dogs walked. And Lord only knows how many feet of gutters cleaned for Old Man Miller. But he'd earned every penny, and now he had these sandals for Coach Saban.

"Why sandals?" Skip's mother had asked earlier that day. "Cause they're what Jesus wore," he'd responded with an exasperated sigh. Though Jesus probably didn't wore a boys size five and a half. 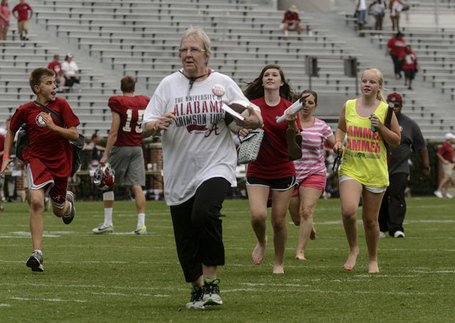 She'd had to leave the sawn-off and half the cash behind, but that didn't matter now. Just keep going. Make it to the border. And if the cops got in the way, don't blink. 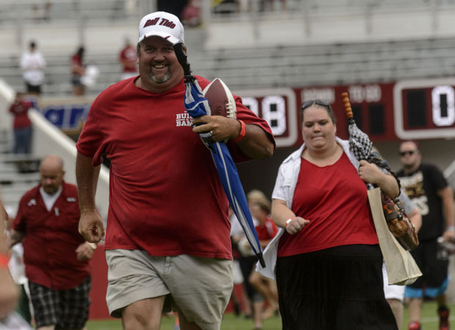 What bliss! What tingling sensations of ecstasy! Had he ever lived before this day? Had he ever tasted the sweetness of the air, or felt the warmth of the sun?