THE CURIOUS INDEX NEEDS TO FILE A CLAIM

OUR PREMIUMS ARE RUINED

Share All sharing options for: THE CURIOUS INDEX NEEDS TO FILE A CLAIM

WHAT HAPPENED AND WHY IS MY CAR MISSING ALL ITS DOORS. South Carolina getting its ass oh-so-thoroughly kicked was a positive for one group in Columbia - the police!

WHAT DO YOU MEAN THAT'S NOT COVERED. Temple scores the first Fat Guy Touchdown of 2014, while Vanderbilt countered with the first Referee Argument Settled With Production Of An E-Mail. No other events took place in this game and shhh shhhhhhh Vandy fans it's going to be ok let's go get you an ice cream.

LOOK HOW CAN YOU SAY IT'S NOT TOTALED JUST LOOK AT IT. Let's see how things are going for Wake Forest! 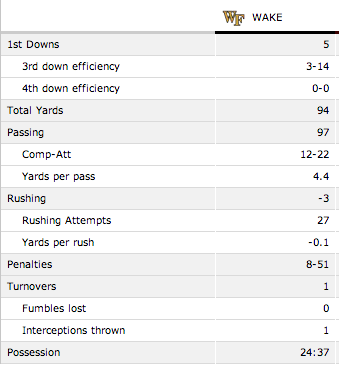 I can only recommend that you find religion, Demon Deacon fans. Preferably one that forbids owning a television or anything else that runs on electricity.

I DON'T KNOW HOW MOLD GOT IN THERE. Ole Miss beat Boise State thanks in large part to their patented Intercontinental Ballistic Defensive Back formation, but victory was marred by something terrible: the fraud who dared to suggest that Hugh Freeze would make a profane gesture.

FINE, THAT ONE I SHOULD HAVE SEEN COMING. Rutgers beat Washington State because Washington State's defense is two police barricades propped up against a rusted-out boat.

ETC. Coaches - they're just as useless around the house as the rest of us! Those who hate musical theater are missing out on some of the most meaningful emotional experiences possible. Wait, human skulls are tax-deductible?