NOW'S NOT THE TIME FOR FEAR. THAT COMES LATER.

Share All sharing options for: THE CURIOUS INDEX RISES

THE STREAK IS OVER. The team you root for has probably won at least five games since October 13, 2012. Georgia State had not registered a single victory in that time span - until last night. So if the Ninth Circuit Court of Appeals decided this morning to impose a restraining order canceling college football games indefinitely, the Panthers would be national champions and the Heisman would go to someone named Nick Arbuckle. (DO IT, KOZINSKI.) 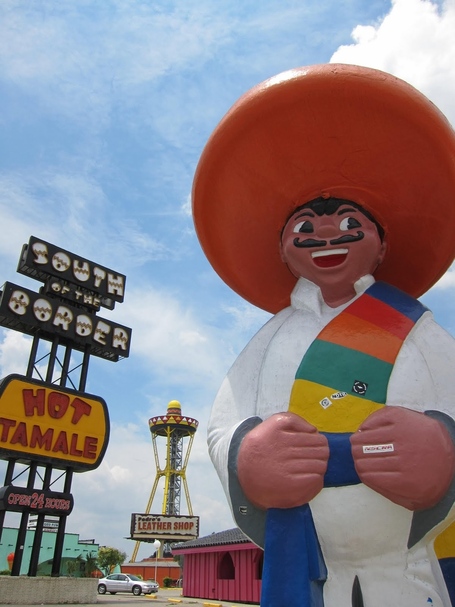 TIME TO GET PAID / FRANK BEAMER'S PANTS ARE HANDMADE. Virginia Tech just gave Frank Beamer an extension that will keep him under contract through the 2019 season. At that point, Beamer will have been the coach in Blacksburg for 33 years, meaning that someone who was born in his first season could have graduated high school, college, and law school, and then paid off no I'm just kidding law school loans never run out you even have to pay them in the afterlife.

COULD MEAN A LOTTA THINGS, PAWWWWWL. "Undisclosed NCAA Infraction" is what will keep Alabama linebacker Trey DePriest out of the season opener. It is also a terrible name for a USA Up All Night softcore movie, but we'll probably watch it anyways.