CHARLIE STRONG HAS KICKED YOU OFF THE TEAM

ALL OF YOU ARE FIRED

Share All sharing options for: CHARLIE STRONG HAS KICKED YOU OFF THE TEAM

Charlie's not seeing the effort. You're off the team. You say you can't hold a bar. Charlie says all he can hear are excuses. An animal with four stomachs and yet Charlie doesn't see any hunger. Plenty of beef walking the streets in this state, kid. 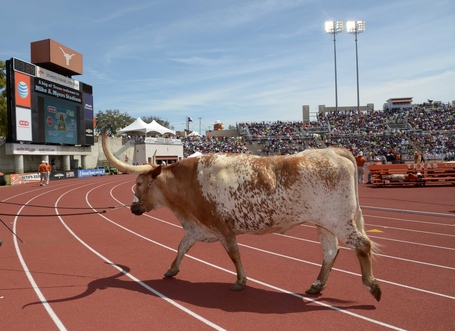 You're kicked off the team. So are you, you, and you. Rick Perry, those glasses look stupid. Get out of this state and come back when you've shot more than one dog and called it a coyote. Willie Nelson, walk it like you talk it and make another record with Julio Iglesias. It's been thirty years. You're off the team until I get my tender ballads. It's called production, and I don't care if you're ninety-eight and high. Starting lineup in Texas is the starting lineup.

Houston, take a lap and get rid of one of those spare tire ring roads. I'll give you to Louisiana. Don't think I won't. You wanna learn to adjudicate traffic tickets in barfloor French to a corrupt pelican in a robe? Didn't think so. Shape up or the Sportsman's Paradise becomes you and then David Simon's making a boring show about how different you are.

You wrote the anthem on being an international team player, Bun B. You are allowed to stay.

Marfa, quit acting like suckering New Yorkers into buying high desert real estate isn't just outlandish fraud. You're flat and empty, wow. Kansas must be the new Guggenheim. You're out, go be New Mexico for a while until you show me something. Lubbock, you...you don't even know where you are, do you? I'd kick you off for violating our substance abuse policy but you can't be guilty if you're your own abusive substance. You can stay, but take a lap.

Denton, stop acting like you're not Oklahoma. El Paso: you're adopted, and not even legally. Corpus Christi, you can go try that islands crap at the University of Hawaii or TCU.  Galveston, your effort stinks as badly as your air quality does. You're off the team and now are a pocket territory of Mississippi.

Nacogdoches, the next time you get a Clint Dempsey, you'd better make a free safety out of him.

McConaughey, off the sidelines until I see some good weight on you. Rust Cohle can't deadlift a paper clip and that makes him a true defective on our football team. Ann Richards, stop being dead, that's no way to help the team. Whataburger, you're letting In-N-Out get press coverage on you in state. THAT'S A PAC-12 TEAM, DAMMIT. 5 a.m. stairs for all of you.

Hey, bees? You know what I call 1,000 teammates flying around who can't finish a tackle? The Texas A&M defense, that's what I call them. You're off the team until I see some finish in you. 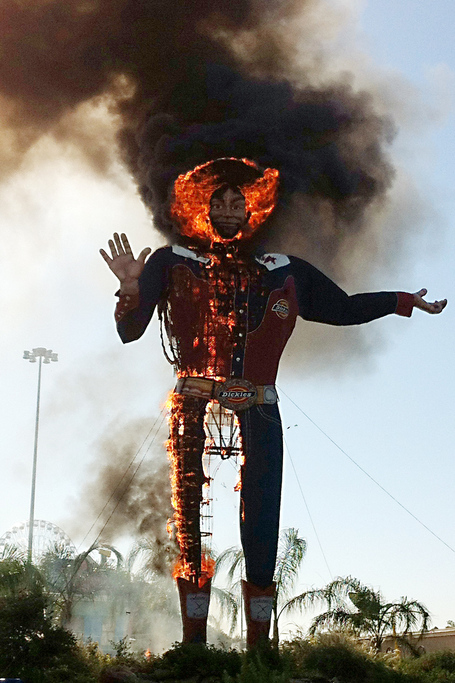 Dammit, Big Tex. I hate the technique, but like the intensity. You can stay, but take a lap.