WE NEED THAT SPACE FOR SOUVENIR MUGS

Share All sharing options for: THE MORNING CONSTITUTIONAL PACKS LIGHTLY

The 5 Items Will Muschamp Won't Travel Without 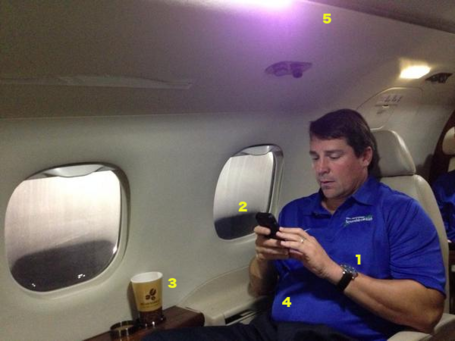 1. Watch, given to him by the first FBS coach to give him a defensive coordinator, Nick Saban. On the back is an engraving which reads "I value your contributions to our team above all others, [employee name]."

2. Smartphone with Surf Ninjas on it and nothing else. The phone has no other software or purpose and has never been used to make or receive a call. Surf Ninjas is so inspirational to Muschamp that he has rumoredly spent 70% of his salary buying old Game Gear units on eBay in hopes of finding one that is enchanted.

4. Custom made snack girdle, fitted carefully around his stomach and packed with all kinds of gummies, goldfish, and Teddy Grahams. It has never been washed or taken off, which Muschamp sees as a deterrent feature for would-be snack purloiners.