TO GIG OR NOT TO GIG

Editor's note: The following is not meant to be a discussion of Good Bull Hunting, which we love deeply and without reservation. GBH is not Texas A&M, which is a good thing, because oh my god the accreditation would be gone in a millisecond.

Ryan Nanni: The kneejerk answer is yes, we like Texas A&M, because they do fun things that make me want to punch a stranger in the arm, leading to us becoming best friends who buy a boat together and just spend weekends boating and telling stories.

The more thoughtful answer is complicated.

SH: I think the answer is yes even if you want to get way, way more complicated. They are not sane, and have never broached the far envelope of sane-which means they will turn on you without warning, and that may have been their best bidding chip in the SEC admissions process. Hi, y'all. Whoops, beat your conference's prestige team at home in year one. Why, that wasn't real polite of us, was it?

RN: For me, the hesitance comes from remembering that Kevin Sumlin Texas A&M is not the same as Dennis Franchione/Mike Sherman Texas A&M. Like, not even a little. And maybe that's a testament to how quickly you can turn a program around with the right coach, both in the standings and in the public perception, but, damn. Mike Sherman.

SH: The past is a carcass that feeds only vultures, A&M. (Don't look don't look there's 77-0 in that scrapbook and DAMMIT WE TOLD YOU NOT TO LOOK.) 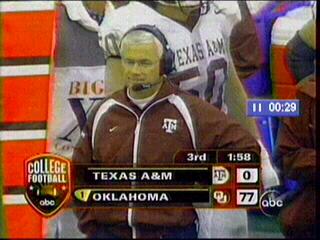 They are a bit cattywampus in this respect: the whole paramiltary mardi gras thing they've got floats on a football tradition that, for the most part, hasn't really done a whole lot, with the last national title coming in 1939. If you share your national title claims in a time range right in the Alabama Historical Reclamation and Title Salvage team's range, that ain't a good sign for overall program prestige. (Hi, we're Florida fans. We know about not caring about any of this.)

RN: We may as well dive into the obvious question: we deeply loved Johnny Manziel Texas A&M, but will his absence make their flaws seem oh so glaring now? (And, while we're at it, doesn't it feel weird that a quarterback with gaudy numbers is leaving an Air Raid offense and instead of all the pundits saying "grumble system quarterback where's the free ice cream sammiches" it's "Kevin Sumlin is doomed!")

SH: That dialogue, in short: He can't recruit! (He's recruiting his ass off.) He's not gonna score points without Johnny! (They recruit from the best quarterback talent pool in a state with the best possible high school training for playing in the Air Raid.) They won't stop anyone on defense! (Have you seen the offenses they're going to be playing in the SEC West?) Dak Prescott is the second best guarantee for starting QB performance in the SEC West behind Nick Marshall. Texas A&M will probably be FINE.

RN: (forwards this conversation to Dr. Bo)
Point taken, but if we liked FINE we'd be Utah fans.

SH: If we were Utah fans we'd have as many victories in the past seven years over Alabama as Florida does.

RN: Do not make me get the shock collar out.

Ok, here's a thing I don't like about Texas A&M - that is a weak-ass out of conference schedule. And I don't say that from a position of demanding that we have nothing but top 25 games from now until the Sun explodes. I say it because, well, you might could lose one of those games. And then you've lost to Rice and that suuuuuuuuuuuuuuuuucks.

SH: My main complaint isn't the schedule. It's the consistency, i.e. can they keep up what they're doing for a sustained period of time, and not just riding the Manziel-wave through the conference. Coincidentally! This is also the Aggies biggest concern about their own program! The SEC mindmeld works fast.

I'm also suspicious of their biggest psychological rival being an out-of-conference opponent they don't even play anymore. We only have that with South Carolina, really. South Carolina doesn't play Clemson anymore, right? Right?

RN: Only in chemical warfare. There's not a square inch of Dabo's house Steve Spurrier hasn't farted on, and he's never even been invited over.

But let's tease the Texas thing out a bit. There are two Big 12-SEC bowls in 2014, not including the playoffs. (Ha, Texas in the playoffs. The mind is amazing!) One is the Advocare V100 Texas Bowl in Houston, which is too obvious. Do you know what the other is? 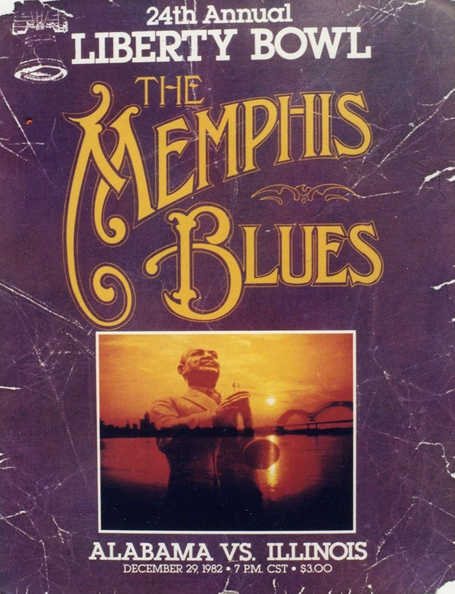 So I like Texas A&M so-so. But Texas A&M forcing Texas fans to flock to Memphis because the pull of that old lover you always fought with in public is just too strong? I love that Texas A&M.

SH: I like them, too, particularly because they're the most SEC Texas team. They worship animals. They're close to cities, but not particularly nice or safe cities (which is a very, very SEC thing.)

RN: You like anything that's a power outage and a beer shortage away from all-out anarchy.

SH: Well, by that measure, I don't think I should like A&M. There's an order there. If the Hunger came tomorrow, they'd be living off generators and dried venison jerky. We joke about Cajuns making it a long time in event of an apocalypse, but maybe that's why the rivalry between LSU and A&M is so intense. They know they're the ones who are going to be fighting for our stuff when we're all dead or taken by The Strain.

RN: Do We Like Fat Linemen Who Run Fast is never going to be written because it's just yes one million times in a row.

SH: No. There is no need to write this because even our former Big 12 brethren believe this, and recognize it as gospel.