HOW GEORGIA IS THIS CRIME

Share All sharing options for: HOW GEORGIA IS THIS CRIME

It's easy to read a headline like "UGA student arrested for driving away while his Jaguar was being booted" and think man that is soooooooooooo Georgia. But just how Georgia is it? Science demands that we dig deeper and really come up with a reliable measurement of Georgianity in order to place this crime on the Stipe-Ping Pyramid. 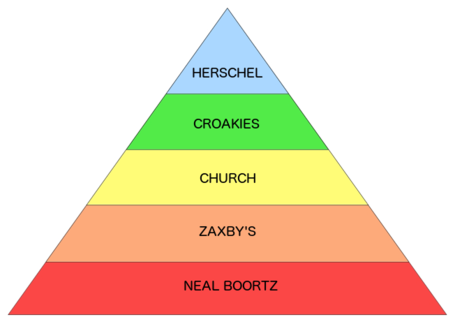 Let's begin with the most essential question, which determines if the crime in question will even appear on the Stipe-Ping Pyramid: was a vehicle involved in any way? Fortunately, the answer is yes, and additional Georgianity is present in the fact that it was a Jaguar registered in the name of the perpetrator's mother. Already, we're into Zaxby's Level.

Next is an analysis of the perpetrator's name, Clinton Chandler Reeves. Both the first and middle names are potentially last names, which is a good sign, and the surname is shared by a former Atlanta Falcons coach. But we can't rocket this crime up to Croakies Level yet - Clinton isn't a name that could be applied to a female or male equally, and, more importantly, this young man's initials are CCR. Creedence is far too Mississippi to be truly Georgian. A bump into the lower portion of Church Level is all we get from this.

Step three is to look at the defendant's hair and dress. 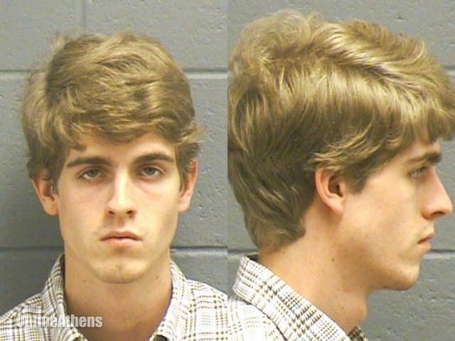 There's something not QUITE right about the hair - it's a little too unkempt and is unlikely to fit comfortably and fashionably inside of a baseball cap with a leather strap in the back. Similarly, the shirt is just slightly off - not a t-shirt, but not a color palette for summer. You definitely wouldn't wear this to your dad's lakehouse in June. Still Church Level, though higher up within it.

Lastly, in the interest of thoroughness, we must determine if there's any other factor which affects the Georgianity of this crime in either direction. And the answer is yes:

When police later made phone contact with the student, he told an officer that his mother was on her way to the downtown station and that she would be speaking on his behalf, police said.

FINAL STIPE-PING DETERMINATION: Congratulations, Clinton. You just barely made it into Croakies.