COMPILED BY THE MAN HIMSELF, WITH HIS OWN TWO THIGHS

As is custom when Fearless Leader takes some well-deserved time off from EDSBS, we give friend of the blog/your weird cousin Rick Muscles the floor to share with us his latest rankings.

From the dawn of storytelling we have obsessed over dishonest men who can get out of trouble with a smirk and a hand wank. Mythology gave us Odysseus, folk legend gave us Robin Hood, and crystal meth gave us Joe Scarborough. The SEC, also built on mythology, legend, and meth, is no different. The history of the conference is sopping with men who soak their biscuits in bourbon, under the table payments and panties that don't belong to their wife. Here is my top 10, y'all.

Listen to this while reading: 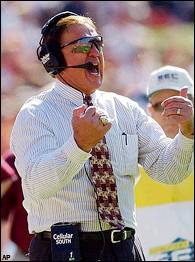 Renowned in Spain for his ethical treatment of cattle, Jackie and his diabolical sidekick Joe Lee Dunn took little old Mississippi State all the way to Atlanta. Sure, Jackie didn't exactly do it with the "right" guys. Fred Smoot would later do creepier things on a boat than that gross sheik from Taken 1. Still, the Mad Butcher of Starkville is the coach of choice for the Southern Gothic. If Edgar Allen Poe liked football, his coach would be Jackie Sherrill. 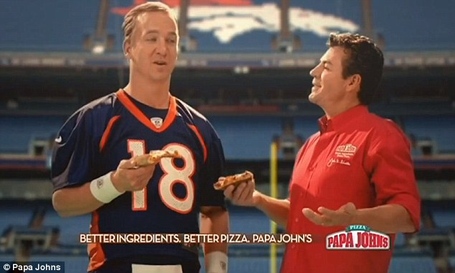 Manning makes stupid commercials for stupider people. He slings cardboard covered in bland sauce and cheese and hopes to God you dip it in garlic flavored butter just to get taste. Nothing blows up a nursing school dropout's skirt like Manning shouting dummy calls and heaving deep crosses to Demaryius Thomas. Manning is the snake oil salesman of the south. If he didn't seem like the most boring person to come from New Orleans he'd be higher on the list. 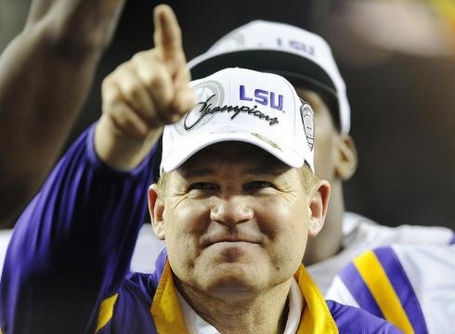 What hasn't been said about Les Miles on this blog? Les has a ring. Think about how amazing that is. Les is getting to the point where he's becoming more popular with his rivals in the SEC West than the swamp folk in Baton Rouge, so he might not be around much longer. Also, Les seems like he might accidentally zip his junk up in his zipper twice a year. (I only do it once.) 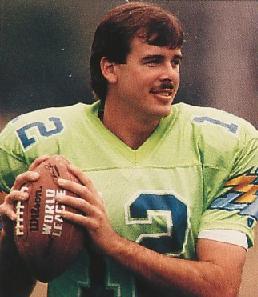 Kerwin Bell won the 1984 SEC player of the year award but that's not important. Check out his Dad mustache. Can't stop imagining this dude stealing kisses from chicks in high wasted bikinis down on Daytona Beach. Florida fans, step up your game and honor this dude. Make the band wear fake mustaches or something.

(Please note: There is a wife swapping joke in the above video and the camera man sucked)

On Halloween night in 1959, Billy Cannon set the South on fire like a turkey fryer left unattended in the kitchen. Ole Bill would later go on to earn a degree in dentistry from LSU. Turns out if you play QB for LSU they'll give you a diploma in any subject you want. (Fun fact: Rohan Davey is a happily married podiatrist in Sulphur Springs, LA.) Gambling and booze would later get the better of Bill Cannon. He retired a prison dentist. Is anybody creepier than a prison dentist? That's a harder fall than Rust Cohle. 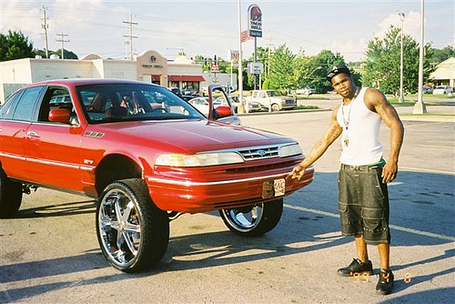 Nobody was more fun to see run than Darren McFadden. He overcame Houston Nutt's dumb ass to become the SEC player of the year in 2007. He could run you over and run around you. Above is McFadden's car. Let's not kid ourselves, nobody can be up to any good in that car. The owner's manual might as well come with instructions on how to start your own unlicensed pest control business. 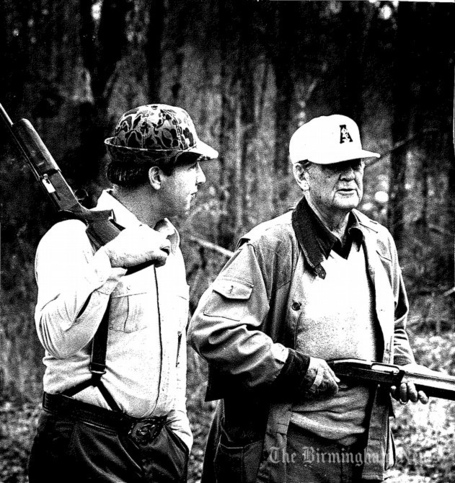 As my pal, Blake Ells once said. "Pat Dye revitalized a major football program and was still able to lose a pair of pants in a lake. That's a rascal." Can't argue with that logic. 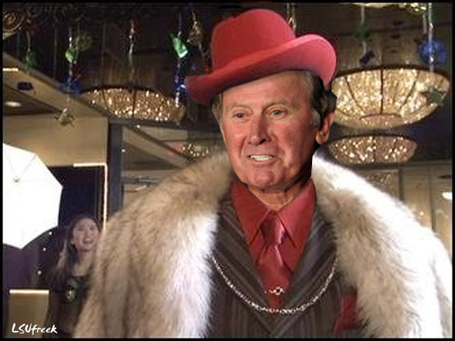 Consistently, Ryan and Spencer give us glorious examples of Spurrier's rascaltude. Y'all know I can't top their shit. 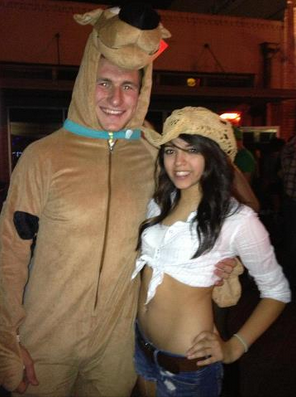 The private jets, the court side seats and the baby dolls. Now that Johnny will never cause Nick Saban to pop a hair plug again, I'm fan number 1. Sincerely hope tonight is good for him. However, I'm looking at this picture of him in the Scooby Doo costume and there's no doubt in my mind he's got a load of Molly in his pocket that could make Chris Christie enjoy Skrillex. 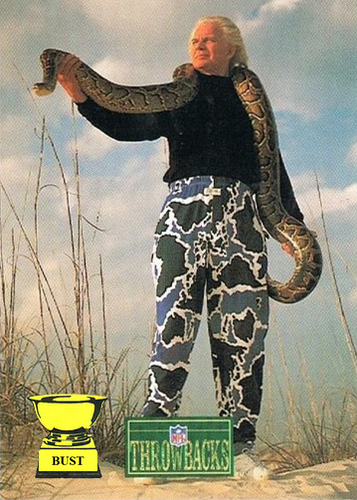 Snake was like the first time you fired a bottle rocket in your back yard with your Dad. He was like getting a Playboy playmate to sign her headshot at a custom car show when you were 12. He was like the second time you drank bourbon and didn't puke. Snake was like turning it up when Mississippi Queen comes on the radio. It's no secret Snake survived his youth by stealing pies that were cooling on an old lady's window sill. Snake got kicked off the Tide by The Bear and was still able to get back in Real Life John Wayne's good graces. Snake was rascally like Rhett Butler running Yankee blockades while Willie Nelson plays Pancho and Lefty in the background. Gene Upshaw summed it up best, "When we were behind in the fourth quarter, with our backs to our end zone, no matter how he had played up to that point, we could look in his eyes and you knew, you knew, he was going to win it for us. That was an amazing feeling."