Share All sharing options for: THE GOLDEN AGE OF SPORTS-RELATED TELEVISION PROGRAMMING

The college football television landscape has expanded dramatically the last few years and will only grow further this August when the ESPN-backed SEC Network goes on air. Problem is, there's only so much content to go around. These networks have hours and hours of dead airtime to fill in between games, and [produces notepad from coat pocket] I'm from the Internet, and I'm here to help.

1.  Tommy Tuberville's blindsided plenty of people in the past.  This time around, though, he's the one who's getting a surprise...

[looks up to see his spitting image]

This fall on AAC Family, Tommy and Terry Tuberville are joining forces in... TUBBS TIMES TWO. 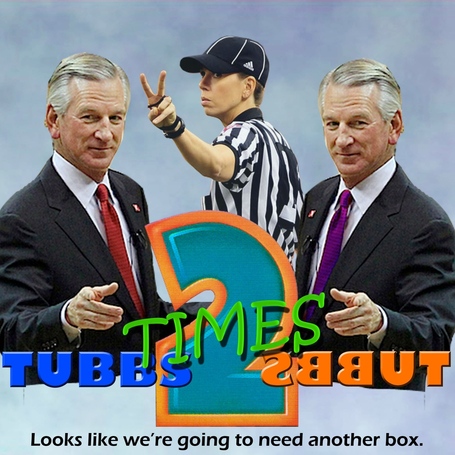 Tommy:  "I have to coach in the Bahamas Bowl tomorrow, but the NC State job just opened up!"
Terry:  [puts on UC hat, grins]
Tommy:  [laughs, hugs, freeze-frame]

2.  Will Muschamp thought he had everything...

He was once the hottest assistant coaching name in college football.  But after being fired following a 2-10 season at Florida, he had nowhere to go... except to back where it all began.

[scene:  Rome, Georgia]
[a dejected Will Muschamp steps out of his rental car on the dilapidated Main Street]
"What happened to this place?"
[voice] "Son, it's been a long time since you left.  Things have changed around here."
"Miss Margaret?"
"Welcome back, Willy.  How you been, child?"
"I lost my job, Miss M."
"I always liked you, Willy.  You got energy.  You know, you were the only child who ever threw a frisbee *through* my roof?"
"Thank you, ma'am.  But I don't know what I'm going to do now."
"Well, we've been looking for someone to lead the flock down at Trinity ever since Reverend Hill passed."

"This fall, Will Muschamp turns in his playbook... for the good book.  Thursday nights on the SEC Network... it's WILL AND TESTAMENT" 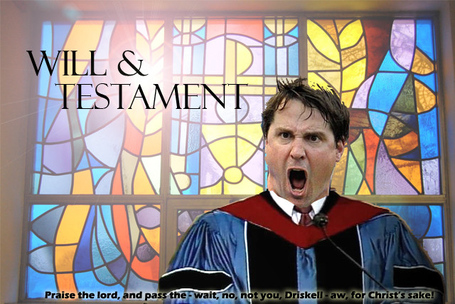 3. You can sing, dance, model and design for the runway...

... but can you get a printable sentence out of four of college football's most difficult media personalities?

Watch as 32 emotionally fragile high school newspaper reporters compete to get... THE QUOTE. 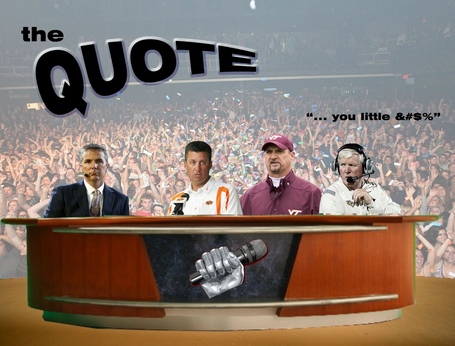 Visibily Shaken Reporter:  "Coach, you struggled in the defensive front in the first half, how do you think you'll adjust for the second half?"
Urban Meyer:  [angry silence]
George O'Leary:  [napping under desk]
Bud Foster: [edited for broadcast]
Mike Gundy: [throws shoe at head]

[scene: UVA Board of Regents meeting]

"Mike London just didn't get the results we'd hoped for.  Where do we look next?"
"I think we need a coach who's more Virginia!"
"Well, Mike London played and coached at Richmond and was an assistant here for years, so that doesn't really make sen-"
"Not Virginia enough!  We need More Virginia!"
"Well, what about Mike Archer or Tom O'Brien, we have them on the staff already, they know the territor-"
[raising voice] "More Virginia!"
"A Thomas Jefferson impersonator in boat shoes?"
[braying angrily, stomping feet] "MORE VIRGINIA"

[scene jumps to outside a press conference]

"Well, we've found our coach... no one can question his Virginia provenance.  But I don't know if this is going to work..."

This fall on the ACC Network... Virginia football's bringing it all home... and things are GOIN' HAM. 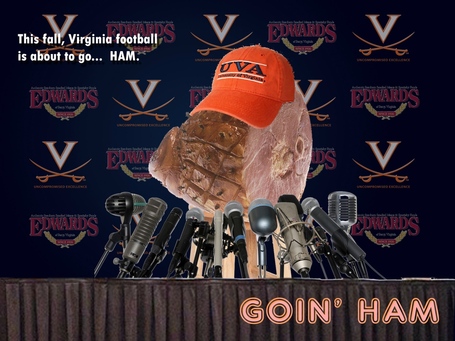 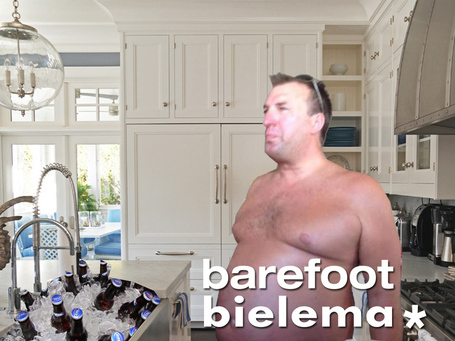 Frazzled production assistant:  "So, the plan was for Bret to cook a nice dinner from Ina Garten's cookbook, but he's passed out in a kiddie pool out back.  Can someone help me drag him in here?"

Butterflied chicken (it's a raw whole chicken with a butterfly knife stuck in it) "Well that's an interesting take."

Mixed berry pavlova (just some shattered jelly jars) "You did mix it, I'll give you that..."

Tomato kabobs - Bret this was supposed to be a tomato dish, and that's a ham hey wait a-

6.  Hot Takes In The Morning

Okay, next up is "Wake Up With Coach Brady Ho-   wait a second um" 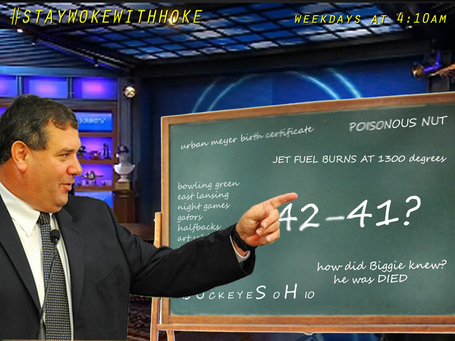 "Okay we had sorta pictured this as more of a morning talk show, like Today or GMA but..."

"You know what, it's the B1G, most people are out milking the cows now anyways, just run with it."

Terry Saban:  "Nick, he can't stay here.  I know you feel bad, but he's nothing but trouble.  I don't want his influence rubbing off on Kirby Smart."

Nick:  "He's a good kid, Terry.  He's had a rough time and made some bad decisions, but you should see his offensive schemes.  He just needs someone to look out for him." 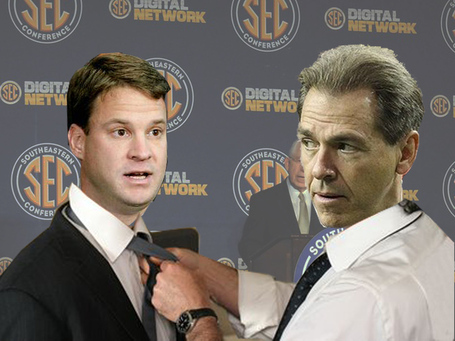 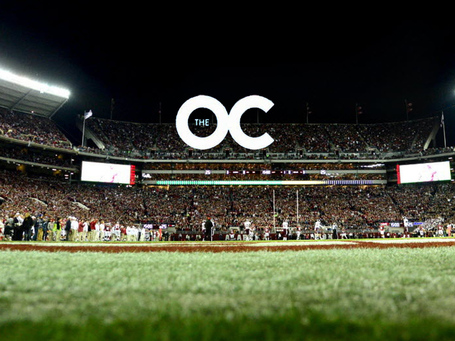 [Phantom Planet plays]
[yeah we got them to re-record it, they weren't busy]

Stayin' to the side
Coachin' for the Tide
Gotta get us to the bowl
Alabama here we come
RUN THE DANG BALL, COACH KIFFUN