COLLEGE FOOTBALL WAKES UP IN THE CITY THAT NEVER SLEEPS

Share All sharing options for: COLLEGE FOOTBALL WAKES UP IN THE CITY THAT NEVER SLEEPS 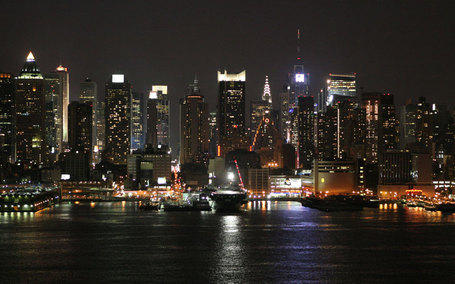 New York City.  It's a place of big buildings, big dreams, and big retail banks. (That place you loved last time you were here? It's a bank now. Join or die.)

More than ever, college football's powers are making a push for supremacy in New York City. The Big Ten has opened a regional office in Manhattan, and taken on a series of neutral site exhibition games in nearby Piscataw- (what? They're a full member? R.. really? ...okay, we'll come back to that.) The ACC continues its push northward, with Syracuse billing itself as "New York's College Team", something I guess is technically true in the same way that LaGuardia is an international airport.  The appeal is obvious: if you can make it in New York, you can make it anywhere!  (Deeply in debt and heavily in denial about your life choices). Also, there's a ton of cable boxes in this city and remarkably little choice of providers. 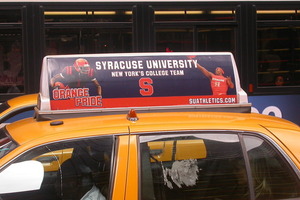 Don't you threaten me.

Opening a branch office or signing up new teams is a good start, but without deep knowledge of the local populace and their traditions, these conferences will end up face-to-face the reality that New York is college football's Afghanistan: the Graveyard of Empires. Many have tried to crack the market before, only to meet with sadness and death.

DID YOU KNOW: there was once a bowl game in the New York metro area, the late-'70s Garden State Bowl?  Like most 1970s New Yorkers, it tired of the weather and eventually moved to Florida under an assumed name, where it lived out its remaining years quietly as the Tampa Bay Buccaneers. 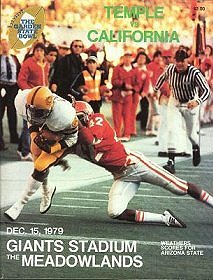 (You're probably saying to yourself right now, "what about the Pinstripe Bowl?", but that wasn't actually a bowl game. It was a failed sting operation hoping to bring Dana Holgorsen to town on outstanding warrants. Unfortunately, Dana knows the city's tunnels better than the rats do, and disappeared into the night. It was held again in 2013 out of pity, because Notre Dame just looked so sad all year.)

We at Action Cookbook Market Research Inc. have commissioned a deeply scientific, wholly representative study of key types of New York City people college football will need to appeal to, and the teams that would best be marketed to their specific interests. 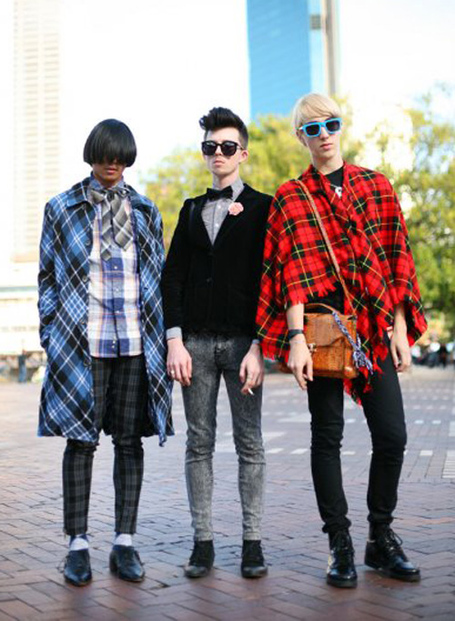 23 years old and six years ahead of you in fashion, music and social media usage, they've got it all figured out.  They've just moved into one of the real bedrooms in their shared apartment, you know. You can inflate the air mattress the whole way in there. Totally going to think about paying off those student loans. Right after eZoo. Still on their parents' health insurance, they have no use for you or your "Friendly Reminder On Office Appropriate Attire" emails.
[they check phone again to see if that PayPal transfer went through yet]  "Uh, hey can I get you next time for the drinks I'm sorry this guy was supposed to send me the money by now"
This is gonna be a big year for them. 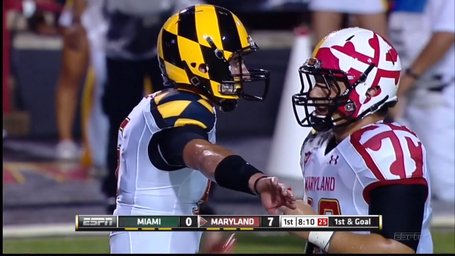 "I think he's Russian, maybe.  Is Ronnie a Russian name?  He said something about being in the military, but I don't know which one.  Do we even know his last name?  The checks are just made out to '359 LLC'.  We're not getting the security deposit back, are we?  I think that electrician he sent over when the outlets sparked was just the cleaning guy in a fake mustache.  I've never seen someone rewire lights with a plumbing snake."
"I don't want to call and complain.  Why am I always the one who has to call and complain?  Can't we just deal with it until the lease is up?" 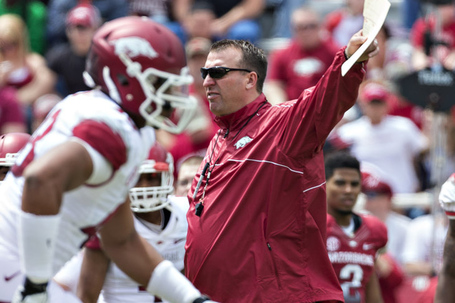 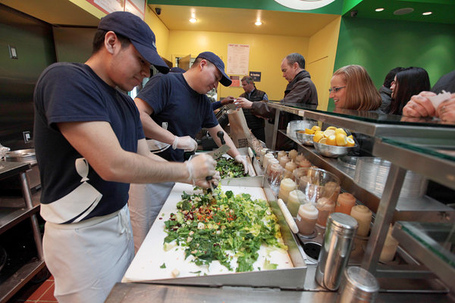 This guy's the unsung workhorse of New York dining. Fodor's might tell you that New York is known for its pizza and hot dogs, but that's primetime showoff food.  This guy's out here every day, whipping together your spinach salad in 28 seconds, never once batting an eye at your terrible ingredient choices.  You give him some ham, dried cranberries, extra jalapenos and a lot of ranch, he's gonna make you a LUNCH you can eat at your desk before that 2:30 call. 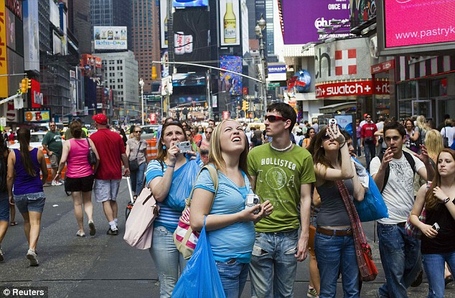 Okay the light's changing and - oh geez - alright let's go this wa- AHH MOVE ALREADY okay I think I scared that girl, now I feel bad but oh my god there's more of them where are they coming from I think I see an opening RUN FOR IT NOOOO COME ON IT'S JUST THE M&M STORE, GO IN OR DON'T BUT JUST LET ME THROUGH I JUST NEED TO GET TO THE SUBWAY okay I'm sorry let's just step into Pret a Manger I think I need to cry for a few minutes they just came out of nowhere and everything had been going so well today and then [sobbing] 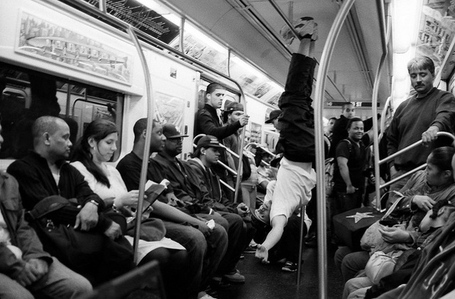 Okay ladies and gentlemen WHAT TIME IS IT
*clap*  SHOWTIME
[grudgingly draws your attention yet again]
[puts on surprisingly athletic and entertaining show]
[is interrupted by transit cops before they can finish]
[we all go back to our books and pretend we weren't enjoying it in the first place]
[same thing happens again next time]
SHOWTIME SUBWAY DANCER'S MARKET MATCH:  Oregon Ducks 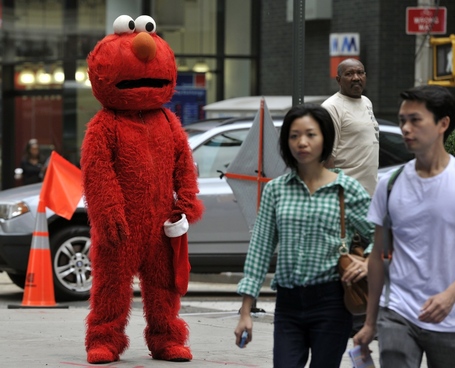 Good god, this is depressing.  It's gotten worse in the last couple years, hasn't it?  I feel like it's getting a lot worse.  Shouldn't the city be able to pass a law about this?  Tourists keep giving these guys money because they don't know any better, and they're going to keep showing up like this.  Someone's going to get killed.  I swear, someone is going to have to get killed by a Sesame Street puppet before the city actually does something about this.  Oh god, he almost touched me.  Why did I agree to come to Guy's American Kitchen with you?  We thought it would be funny and kitschy and now I'm just sad and I feel sick and I don't like anything anymore
DIRTY ELMO'S MARKET MATCH:  Notre Dame Fighting Irish

That Cool New Bar Marco Told Me About 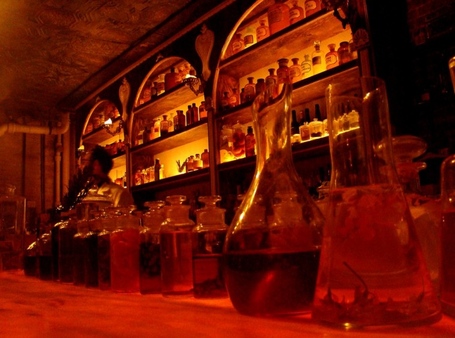 "No, it's supposed to be really chill.  Like, romantic, but not in a cheesy way, just a great laid-back vibe.  Yeah, apparently you just go in and the guy reads your palm and makes you a cocktail based on your future.  But, you know, seasonal house-made ingredients only.  People don't know too much about it yet, so it's perfect, it's like, cool to be there, but not a scene yet.  There's this great band playing there tonight, too.  Okay, Google Maps says it's right around the corner, let's see, I think this is -" 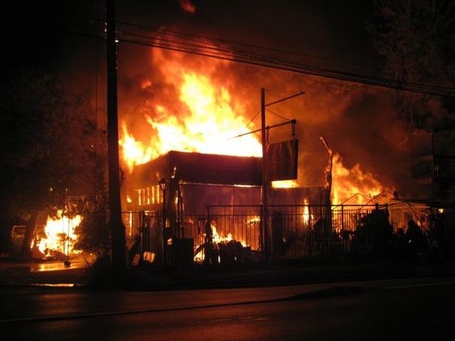 [emergency vehicles surround the dying embers of a structure fire]
*sigh* "well I guess we could just go back to the Black Door then"
THIS BAR IS ON FIRE'S MARKET MATCH:  Clemson Tigers 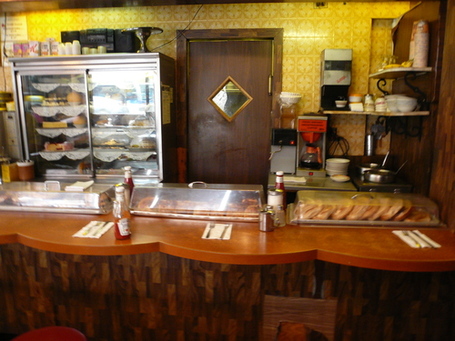 I honestly can't believe this place is still open.  I mean, look at the photos on the wall - it must've really been something in the '40s, but I don't know about it now.  The waiters are surly, and honestly, the food's not very good.  I keep telling myself no, it's a classic, sometimes you just want a good bowl of matzoh ball soup and an egg salad sandwich, but I'm pretty sure I got food poisoning here last year.
I really thought they were gone for good after the last time the health department shut them down, but I'll be damned, three months later they were back open like nothing happened.  They must own the building.  There's no way they can afford the rent in this neighborhood now.
You know, a grilled cheese does sound pretty good, though.  You want to just stop in there for a bite?
DINER WITH A TERRIBLE HEALTH GRADE'S MARKET MATCH:  Pitt Panthers 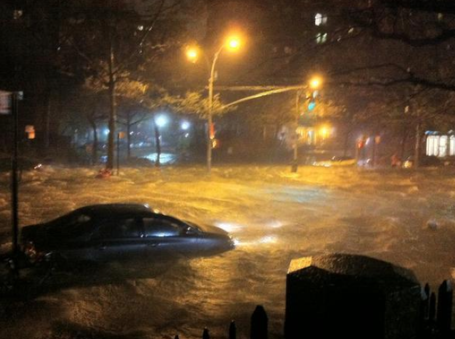 I think we're going to be okay.  Nothing happened to us during Sandy, and besides, these things are cyclical.  It's not like it's going to happen every ye- did a car just float by the window- oh no let's head upstairs oh god the lights just went out why didn't I listen and evacuate we should've known better
*glug* delete my browser history
THE OCEAN IS GOING TO KILL US ALL'S MARKET MATCH:  Alabama Crimson Tide
In conclusion, Indianapolis is supposed to be really lovely if you give it a chance, and a surprisingly fun place to have large events.
... do you think there are jobs there?