THE SCIENTIFIC CASE FOR AN EIGHT GAME ACC SCHEDULE

Share All sharing options for: THE SCIENTIFIC CASE FOR AN EIGHT GAME ACC SCHEDULE

John Swofford's recommendation today that the ACC move forward with an eight game conference schedule rather than expanding to nine will be met in some circles with questions and doubt. But, unbeknownst to any of the school athletic directors or presidents, Swofford commissioned a scientific study to determine the long-term effects of prolonged ACC exposure. The results are chilling.

As requested, my laboratory has completed its review of how the human body changes with varying levels of ACC. We used several live test subjects, none of whom were aware that they were part of a scientific study. Subjects were encouraged to stay in the program with promises of Orange Bowl trips and assurances that they would never draw any interest from an NFL team. In the interest of maintaining their privacy, we have removed the names of each subject. Their pictures, however, remain, as we feel it is the most powerful reflection of the horror ACC can wreak. 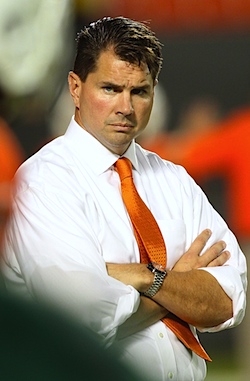 Subject appears to be healthy in general, though his problem-solving skills deteriorate against better opponents within and outside of the conference. Quarterback growth proceeds at a rate far below that of a coach exposed to minimal amounts of ACC, however, and subject develops a compulsive inability to change out of his clothes. 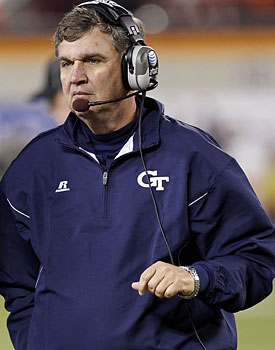 Subject's inability to emote suggests ACC may first attack the limbic system. As exposure continues, subject becomes wholly unable to beat his school's rival. This is true no matter the constraints of an experimental rivalry game; in one iteration, the subject's rival was forced to start a kaleidoscope tied to a roller skate at quarterback. (Kaleidoscope Skate went 15/23 for 288 yards and three touchdowns against subject's defense.) 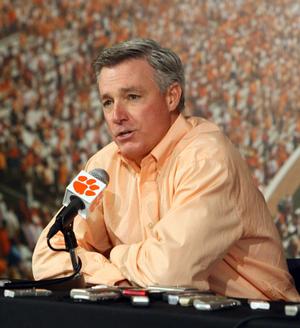 Subject will exhibit wildly inconsistent poll rankings, despite losing four to five games with regularity. At this point, the immune system may try to reject the additional levels of ACC by convincing the subject to quit coaching and just go be a public speaker or something. 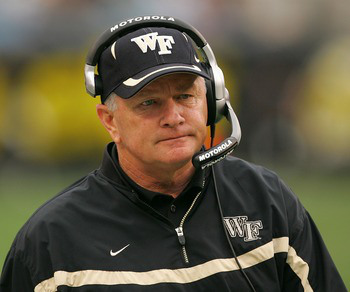 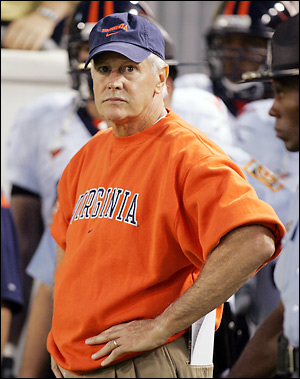 Bafflingly, at this level of ACC, the subject begins to take on incredible mass without expanding in size, growing denser at an exponential rate. This growth somehow leaves the subject physically unharmed but makes him impossible to move as he simply becomes too heavy for even the most powerful machinery. 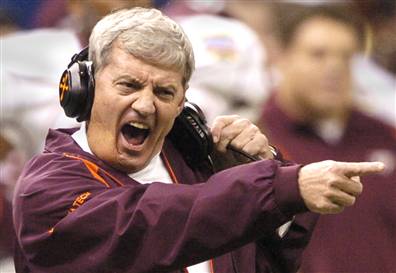 Once the subject completes this stage of growth-entrenching, he develops an exoskeleton which protects him from all external stimuli, as he is no longer capable of adapting to a changing environment. At this point, the subject is effectively cocooned from the outside world, unaffected by losses to East Carolina or James Madison. 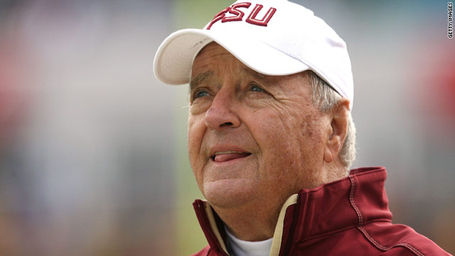 ACC exposure has been so prolonged that the subject's blood is replaced with nougat. Subject insists that everything around him is "just a real good keeeeeyud." Chris Rix flare-ups are common.