THE BIG TEN GOT GRIT IN ITS GRITTY GRITS

This week in the Big Ten, we're dancing on ladders and saying farewell to cerebral non-athletes.

Share All sharing options for: THE BIG TEN GOT GRIT IN ITS GRITTY GRITS

If the definition of great television were based purely on "rewatchability," Law and Order would win and it wouldn't even be close.

Look, I love True Detective, but I'll need at least eight months and heavy sedation before I can watch "Who Goes There" again without having a damn panic attack. I love Mad Men, but every episode is an adventure into eyebrow movement and Roger getting naked.

But with Law and Order, it's like you're ordering the most dependable sandwich of all time. If it's an episode made between 1994 and 2004, you're getting Detective Lennie Briscoe with either Logan, Curtis, or Green, witnesses with heavy New York accents and fantastic memories for details, a case in which the answer is probably "for the life insurance" or "wait, they caught the guy and it's only 18 minutes into the episode so he clearly didn't do it," Jack McCoy yelling at someone, a cool female assistant district attorney, and a verdict. In college, I would come home after my 11:30 AM class, turn on Law and Order, and take a nap, because life in college is awesome.

If you watch enough episodes you learn things about the characters (Lennie is a recovering alcoholic, Jack's been married multiple times, Jamie Ross has an irritating ex-husband and left the corporate law field and is consistently referred to as being unspeakably gorgeous despite wearing the most 1990s of 1990s suits), but you don't have to. There's no pressure with Law and Order. There's no real narrative to follow, no need to Google what the hell carcosa is referring to. It's the same basic thing for 456 episodes* and it's goddamn great.

This week in the Big Ten: Indiana sort of lost your data, Michigan State should let Tom Izzo get down from up there, and it's moving day for James Franklin.

Indiana University says it is informing about 146,000 students and recent graduates that their personal data might have been exposed.

Indiana once tried to change how math works, and is still working on altering the time-space continuum. 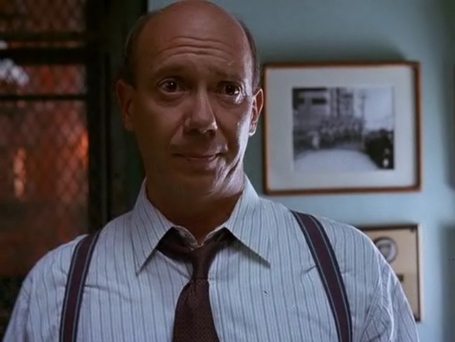 Captain Donald Cragen, who hated everything. No one was more frustrated by the events of daily life in a police precinct than Captain Cragen. I frequently imagine Cragen discovering that the precinct was out of coffee creamer and going into some sort of bizarre seizure of rage before heaving the coffee pot at Mike Logan's perfect head. Early Law and Order was marked by courtrooms laughing uproariously and Captain Cragen being angry. Good times.

James Franklin is just about all moved in, but he might be taking a little SEC with him. Hope it's more "crazy kick-return game-ending touchdowns" and less "Florida 2013." 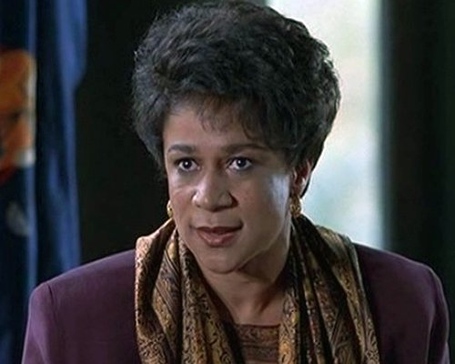 Captain Anita van Buren. She's not no-nonsense, she is less than no-nonsense. She is 0% nonsense. She knows that when her detectives fuck up, she'll take the heat, but she will defend her people to the men upstairs and Internal Affairs and the media and then she will sweep Ohio State despite having two actual basketball players because she's Captain fucking van Buren.

The University of Illinois now opens its trustees meetings with the state song. This is the state song, which seems long on references to the Civil War and short on a discussion of how fucking awful it is to drive from Belleville to Chicago at 4AM in February. 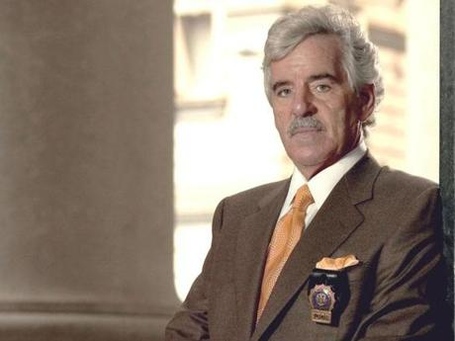 Detective Joe Fontana. Raised a lot of questions, offered very few answers. Coming in from Chicago PD, he was apparently independently wealthy and made lots of references to owning Gucci loafers while carrying around thousands of dollars in 'walking-around money.' Like Illinois athletics, I remain unsure as to how exactly this would work in real life.

A dog and some engineers saved a woman's life, because dogs and engineers.

Nebraska's QB options for 2014, like Taylor Martinez, are talented and confusing. 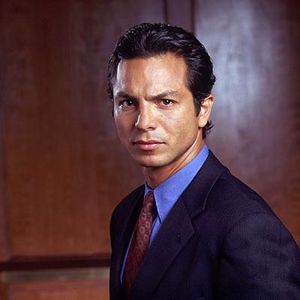 Detective Rey Curtis. Conservative, religious, given to occasional fits of violence against suspects and complete collapses against Pac-12 offenses. But still the first on the force to understand that "the internet" could be "useful" and also the first to have an affair with Jennifer Garner.

LET'S GO ALL THE WAY, COLUMBUS!

Good night, sweet gritty red-cheeked prince. We will always remember your on-ball defense, your consistency, and the at least four thought pieces you inspired about why everyone hates white non-athletic basketball players. May you continue to go far in life. Far, far away. Very far. 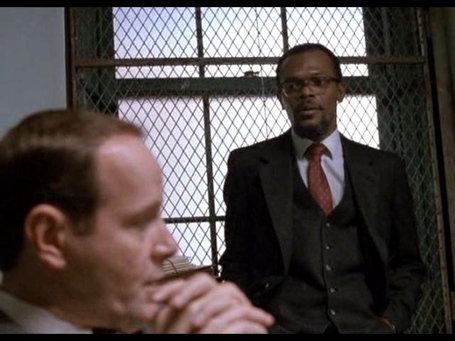 Every defense attorney on Law and Order. Law and Order could (kind of rightfully) be blamed for why everyone hates defense attorneys. Even when they're former ADAs (I see you, Paul Robinette), even when they're actually following the law and doing their jobs and defending their clients, they are putting a wrench in the cogs of the machine of JUSTICE. Every cross-examination is irritating, their secondary is made out of actual cheese,  every attempt to suppress evidence is annoying; damn it, y'all, just let Jack McCoy/a school in Ohio that's not Ohio State win already!

Spring practice is here (w/ video.) Are you ready? http://t.co/srdslWyK8c

Potholes are kicking Ann Arbor in the teeth which is really hard because Ann Arbor JUST got these veneers (the last ones were too white and they're really going for more of an 'eggshell' this time.) 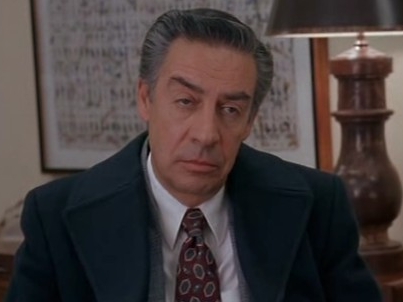 Lennie Briscoe, who was born tired of your shit. He's fucking tired of it. Your rap music and your house parties and your damn lack of respect for authority and your "run defense" or whatever you call it. Look, in his day, men were men, women were women, Bo beat Woody in the '69 Game and there were no "cell phones" or "Miranda rights." Now if you'll excuse him, he's going to say something snarky before having another pretzel and refusing a suspect's request to go to the bathroom.

Minnesota students are angry that the university refused to cancel classes for a snowstorm, which is saying a lot given that this is a university with its own tunnel system due to weather. 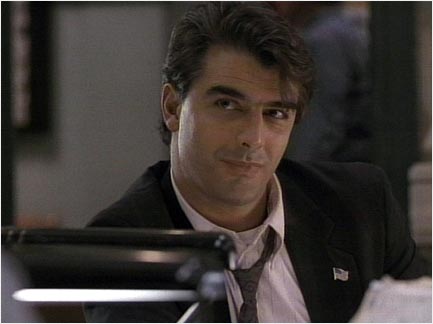 Detective Mike Logan, the sexiest detective at the 27th Precinct. Sure, he's an angry womanizer with a lot of aggression towards religious organizations and his mother,  and he has a tendency to go through partners like tissues but just look into those eyes. Those eyes know how to get a suspect to talk and a 8-5 record.
WISCONSIN

Today in a continuing series, "whyyyyyyyyy?"

Madison could set a coldest high record today, the record being 6 for Feb. 27, set 139 years ago. Spring for weathermen starts on Saturday.

Wisconsin has a new running backs coach, though why you need a coach to tell you "run them boys the hell over" is beyond me. 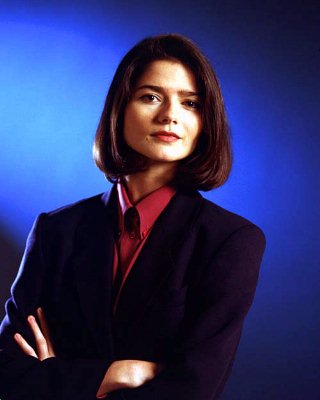 Claire Kincaid, who put the "wily" in "wily assistant district attorneys who sometimes have to BREAK ALL THE RULES FOR JUSTICE while wearing large coats." If you've got a Claire episode, you've got at least a 40% chance of seeing her yell at Jack McCoy for pleading/not pleading/asking for the death penalty/not asking for the death penalty/standing funny. She's got "Wisconsin athletics" and "potentially disbarred" written all over her.

"NU Students head to 'Vomit Comet'" can't possibly be the best headline you could have used.

LAW AND ORDER: SVU CHARACTER THIS SCHOOL VAGUELY REMINDS ME OF:

A note: Law and Order: Special Victims Unit is only calm and relaxing if you are deeply troubled. It is one of two shows I have had to stop watching due to concern that it was bruising my soul (the other being "Nip/Tuck," and if you watched "the Carver" season you know what I'm talking about.) But if I ever had to take on all the demons of hell and could bring one person to protect me, I'm taking Detective Olivia Benson. 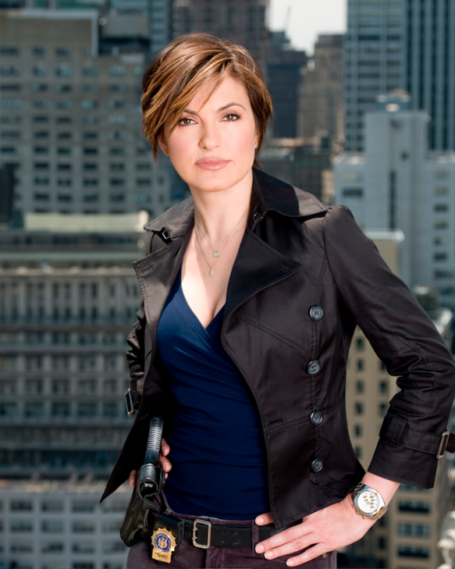 She's been through a lot - being kidnapped, going undercover, losing to Ohio State and falling apart completely, confronting stalkers and rapists and rapist stalkers, never making the NCAA tournament. But she just keeps on trucking and is now sergeant and still won the Gator Bowl and you'll never take that away.

Tom Izzo did a commercial in which he danced on a ladder, which SBNation put to "Pony" as prescribed by federal law.

The Only Colors is looking for a football recruiting writer. They are good people. You should write for them. 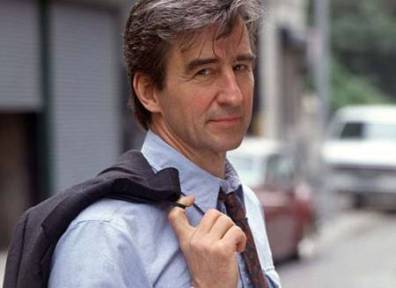 Executive District Attorney Jack McCoy. Sure, sometimes the basic tenets of the law get away from him/he gets called for pass interference seventeen times while simultaneously chop-blocking and no I don't know if that's actually possible. He's been cited for contempt of court, he's charged innocent people to get them to talk, he's planted flags at Notre Dame stadium. But you'll never find a better prosecutor, which is how he eventually becomes District Attorney/wins the Rose Bowl/breaks my soul open and eats it with a light wine sauce during the game against Michigan.

Okay, Iowa City, your cab situation is edging into "not very funny."

A truck dumped 48,000 pounds of cream onto a bridge, serving as a font of inspiration for Greg Davis' 2014 offense. 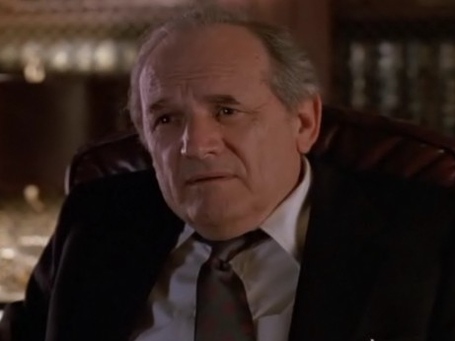 A Purdue freshman basketball player is retiring due to a heart condition. Godspeed, dude.

I misread this and thought it meant that the West Lafayette city hall WAS fuzzy and was instantly more interested in the goings-on in West Lafayette than I have been at any time prior. 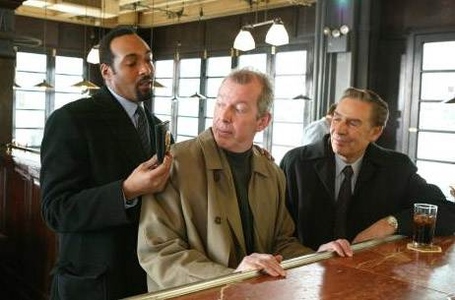 Every single witness on the damn show.

A question: how well do you remember what happened eight months ago? If you're a normal person, vaguely. If you're a witness on an episode of Law and Order, PRETTY FUCKING WELL. "Did you hear anything on the first Monday in January at around 4 AM?" "Why yes, I heard a jangling sound and then I saw a brown-haired man with a face tattoo of the final battle scene from the children's book 'Martin the Warrior' getting out of a blue-and-red truck and here's the license plate number!" "Thanks!"
Like Purdue, witnesses on Law and Order have an incredibly good memory for the past, and for the good people of Purdue athletics/New York, that's a good thing. Here's some Drew Brees Purdue highlights, Purdue fans. Enjoy.

* Not including crossovers, two-parters, or the episode where they all react to seeing an execution and Claire gets killed driving Lennie home. I'd say spoiler alert, but that episode was like, 20 years ago.