Disco inferno in East Lansing, y'all!

Share All sharing options for: THE BIG TEN IS GONNA BOOGIE-OOGIE-OGGIE TIL' IT JUST CAN'T BOOGIE NO MORE

Oh hey, it's the GREATEST SONG EVER CONCEIVED.

First you're like, "okay, this is catchy" and then the snare kicks in and HOLY SHIT YOU HAVE ENTERED DISCO VALHALLA LOOK THERE'S GIORGIO MORODER AND DONNA SUMMER AND SHE'S ALL, "OH HEY, I NEED SOMEONE TO DO BACKING VOCALS FOR 'BAD GIRLS' HOW ARE YOU AT SAYING 'AHH' AND 'TOOT TOOT' AND 'BEEP BEEP'" AND YOU'RE LIKE "I THINK I CAN HANDLE IT" AND SHE'S LIKE "GROOVY" AND EVERYTHING IS AWESOME AND NOTHING HURTS PARTIALLY BECAUSE DISCO VALHALLA IS MADE OUT OF HIGH-GRADE COCAINE SO YOU REALLY CAN'T FEEL ANY OF YOUR APPENDAGES BUT FUCK THOSE WHAT HAVE THOSE EVER DONE FOR YOU YOU DON'T NEED THEM YOU DON'T NEED ANYTHING BUT THE MUSIC AND THE RHYTHM.

People are moving from inner-city Chicago to Iowa City, not knowing that Iowa's streets are hard as hell.

I'm going to assume that the author of this opinion piece meant "more humane conditions" unless eggs are more horrifying than I could have possibly imagined.

Good luck to Coach Fran McCaffery's son Pat, who had surgery to remove a thyroid tumor. May the wild ways of the McCaffery family continue forever.

2013-2014 is officially the snowiest winter in Ann Arbor history. Michigan students will celebrate in the traditional manner: getting hammered while wearing multiple sweatshirts and trying to convince someone else to go to BTB and get them a steak deluxe.

Ann Arbor is experiencing a growth in tourism, because why wouldn't you want to visit a college campus that's produced at least three famous murderers (four if you count Kevorkian, five if you count "guy who will definitely strangle Doug Nussmeier if we don't get a goddanged run game.")

Just remember, East Lansing - edibles are stronger than you think and definitely don't eat them before taking a walk somewhere you don't know particularly well lest you go on an accidental spirit quest.

Everyone loves Michigan State in the tourney! I mean, seriously, everyone! There's no way this could possibly end in a traumatic Elite 8 loss to some random ACC/AAC/Big East team!

On the list of videos I will always watch, teams reacting to getting into the NCAA tournament is up there with "dogs greeting returning soldiers" and "Vines of people doing backflips" because if I could do a backflip all of my hopes and dreams would be realized.

Having seen Tim Miles manage to get a team of gritty grittersons into the tournament, I'd say Nebraska basketball and God are pretty chill. 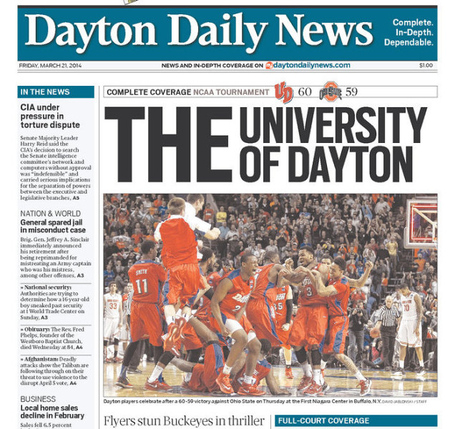 DAMN YOU JENNY MCCARTHY YOUR BEST WORK WAS ON 'SINGLED OUT' AND EVEN THEN CHRIS HARDWICK CARRIED YOUR ASS.

Ohio State has a cartoon library and Bill Watterson (of 'Calvin and Hobbes') was there and that's pretty awesome.

You can swallow 13 tubes of toothpaste before you die. I think that's important to know.

The Juice is back in the building! You may remember him from DECIMATING EVERYONE and HOLY CRAP JUICE WILLIAMS.

According to University of Illinois experts, pruning is both an art and a science.

Northwestern is launching Chicago's largest fundraising drive, and will hopefully use the money to buy Venric Mark new body parts.

The leggings debate is dividing schools, families, and ourselves. It has torn asunder our great nation and left us bereft, on the veritable rack of "are these pants" and "who the fuck cares."

Former Northwestern QB CJ Bacher opposes Northwestern football player efforts to unionize, leading to questions like "who the hell is CJ Bacher?" (He appears to enjoy the musical stylings of Boyz II Men, so there's that.)

Left out of the NIT, the Hoosiers rejected the CBI and chose to end their season because "we're Indiana." Okay then.

This is awful and I really hope this kid is okay.

Indiana football was a "ranked team" if they had an average defense. Okay then, part two.

James Franklin is using social media to take Penn State football to the people whether they want it or not.

Shit, I played rugby and "arson" is like the calm afternoon tea before a spirited game and a rugby social that will end in fifteen arrests and one person going missing for six weeks.

Penn State assistant runs a 4.8, which is likely way faster than you.

Purdue is planning an astronaut alumni party, which is by far the coolest party ever held at Purdue by an unbelievably large margin.

I would link to something here about Purdue athletics but I would rather not.

Minnesota has a club fishing team and it's fantastic.

Well this is creepy and uncomfortable. 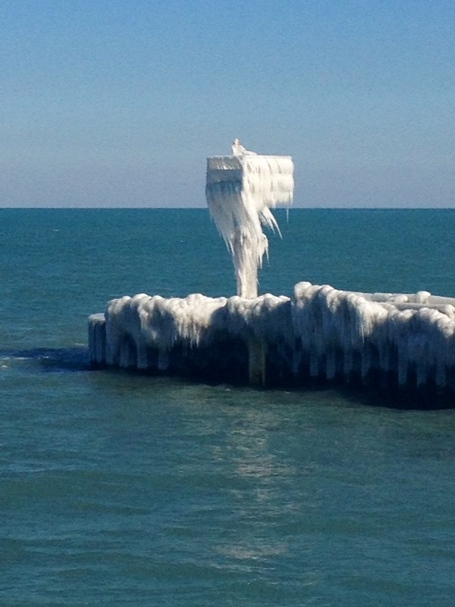 Not sure why SBNation hasn't sent a crew to the World Cheese Championships.

An "encore" season does sound better than "second" season, I guess.