THE FUTILE ATTEMPT TO WATCH SOMETHING WE DON'T REALLY CARE ABOUT

He won't be in the NCAA Tournament. However, he should be allowed to sign on as a free agent with an NCAA tournament team just so we as viewers can enjoy the full repertoire: the jersey tugs, the full-court three-pointers, answering the taunts of opposing fans by pretending to take a bump off the back of his hand. Let him sign with Duke, and watch Coach K's head bloom into a glorious shower of crimson fragments. Put him on Florida, and whisper gently into Billy Donovan's ear that the ghost of Jason Williams is back to haunt him because of that gypsy he hit with his Cadillac late one night on 441. Which gypsy? There's no knowing, really. There's like, a lot of them out there on the roads of Gainesville.

THE UNEARTHLY PALLOR OF MANY BASKETBALL COACHES

In Caucasian coaches it really is a spectacular color: somewhere between bad oysters and the ashen gray of a recently severed limb, and always just a touch sweaty in the fifty degree weather of most large indoor arenas. A shade seen nowhere else in nature, at least not among those not imprisoned from birth as part of a "downstairs family."

THE LAST MEN ON EARTH WHO USE HAIR GEL

As a fan of stilted, single-sequence sporting action, we can't argue with 500 timeouts being available in a single basketball game. Football basically has one between every play, IF YOU'RE PLAYING LIKE A REAL AMERICAN, THAT IS.

THE SEC BEING BAD AT THINGS

It's a nice change, especially the part where Florida is competent.

Verne Lundquist's marriage with Bill Raftery is so much less fraught than his work with Gary Danielson. By fall, Verne has to tug Gary away from chewing on the pant leg of modern football and bemoaning his recent divorce. What divorce, you ask? Isn't Gary Danielson married to his college sweetheart? Yes, yes he is, but death makes a divorce out of any happy marriage, something Danielson thinks about every second of the day, and twice as often watching a spread offense pee on the grave of dear old huddle-up football.

Seeing Verne call a game with breezy, daffy Bill is like catching a dear friend cheating on their spouse and realizing you like the other person much better than the dismal life-mate.

It's pleasant to watch something where years of preparation, effort, planning, film study, careful recruiting, and endless practice and training evaporates in the incandescent flame of a three-pointer thrown from sixty feet out by someone who will be selling cellphones in a matter of months. When it happens, you realize how funny it must have been for a peasant to watch Franz Ferdinand get shot, because AHAHHAHAHA LOOK AT THE HORRIBLE ARISTOCRAT TOTALLY NOT DODGE THAT BULLET.

[/still gets no ass]

He is the Bowden that Bobby will never admit to siring, because it doesn't matter that they were just blanks, Bob. You still can't pretend to shoot the pastor during Easter service. 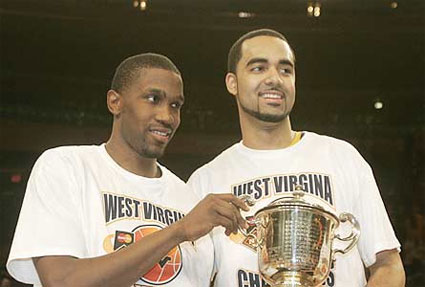