A COLLEGIATE ARREST, AS REVIEWED BY A RESTAURANT CRITIC

Our review of "Sloppy Top," a combined arrest effort between two current Tennessee players and one former Volunteer.

When you walk into Quarry Trail Apartments, the first thing you notice is the swimming pool that looks sort of like the Wu-Tang logo 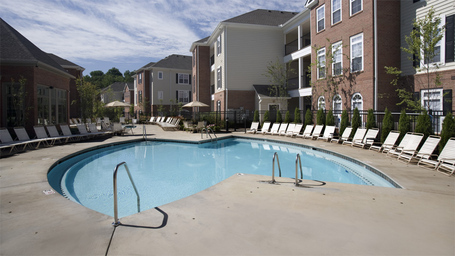 ...and the second thing you notice is the noise: this is a place to be seen, but probably not heard, given how crowded and loud it tends to get. Whether you enjoy the ambience or not is a matter of taste - it clearly didn't offend the dozens of patrons packed into this tiny brasserie.

Much of what's available at Sloppy Top is standard SEC fare. The Resisting Arrest is cooked in the traditional style, with hints of police embellishment and always served in multiples. (Resisting Arrest served solo is something only attempted by seasoned professionals like Eric Ripert or Rip Torn.) You'll also want to get a couple of orders of Alcoholic Beverage Purchase Violations, a light and refreshing appetizer that pairs well with so many entrees, from the aforementioned Resisting Arrest to Arson, which this reviewer did not sample but would order on a second visit.

The signature dish, however, is the Criminal Impersonation with False Identification. Be sure to order early as this item is cooked to order and the fake Alabama licenses take some time to print, but rest assured that this was absolutely worth the wait. The peppery heat of the Criminal Impersonation at first suggests something that may be too serious and harsh for most palates, but the transition to the fake license is smooth and relaxing - mine stated that I was Derek O. Bligatory from Florence. It's a dinner that's as playful as it is reckless.

What kept Sloppy Top from getting a third or fourth star was the wine list. The only offerings were Wild Irish Rose and the house white, which was a combination of grocery store brand lemon-lime soda and gin. The proprietors told me they had plans to expand these offerings once they were able to procure a convincing looking Canadian passport.