WHO STABBED YOU? THE SAME MAN WHO ROBBED YOU: THE BCS

Share All sharing options for: CRITERION COLLECTION: THE ROYAL TENENBCS

The Criterion Collection welcomes The Royal TenenBCS to the roster of fine films to make the roster. Selected stills and excerpts included below are not embargoed, and may be used in all media immediately.

Concierge: Mr. TenenBCS. We're evicting you. Your bill is due. It is approximately $22 million, give or take what you owe to UConn for the Fiesta Bowl.

Royal TenenBCS: Um...do you have any money for Finebaum, here? 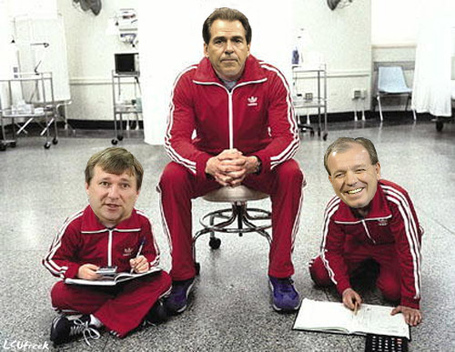 Nick TenenBCS clicks a stopwatch and shakes his head.

Jimbo: This is just a fire drill, and Dad did you see I won a BCS---

Nick: YOU'RE ALL DEAD. WHAT DON'T YOU UNDERSTAND HERE ABOUT THE IMPORTANCE OF A FIRE DRILL?!?!!?

Narrator: Willie had retired from professional football at the age of 27, and lived on what he insisted was a "boat."

Commentator 1: I've never seen anything like this. That's 745 unforced errors and no points for Willie TenenBCS.

Commentator 2: Neither have I. Strange day out here at Florida Fields.

Narrator: Wille was haunted by an unrequited love

Willie: I can't stop thinking about you.

MarGOAT: Who are you, and why are you sitting so close to me on the porch? 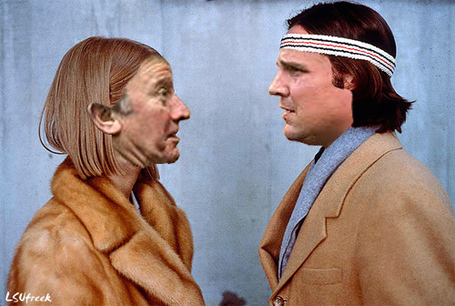 Willie: I went a way for a year and it didn't get any better. I love you.

MarGOAT: I don't know who you are buddy and you and your stalker ass are standin' between MarGOAT and a quick eighteen. I hate it when I lose two balls in a round, and I bet you would, too, pal. Get your Barney Rubble-lookin' self to steppin' before I give you a two-stroke penalty you won't forget.

Narrator: Eli Briles grew up across the street from the TenenBCS house. He was a writer famous for short paragraphs that took no longer than ten seconds to read.

Briles: And the ponies and the men and the women embloodened by joy pranced in the turnticulating light of a fatally turnt dusk. 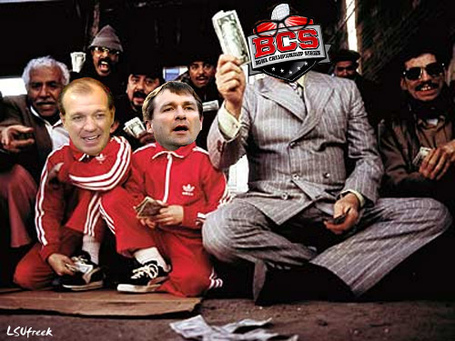 ["Me and Julio Down By the Schoolyard" plays]

PROMOTIONAL STILL #1 FOR PR USE ONLY: 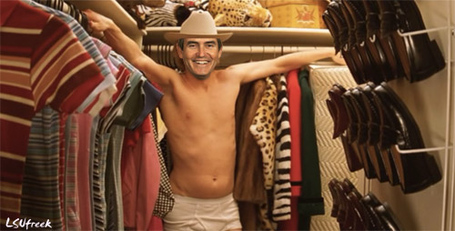 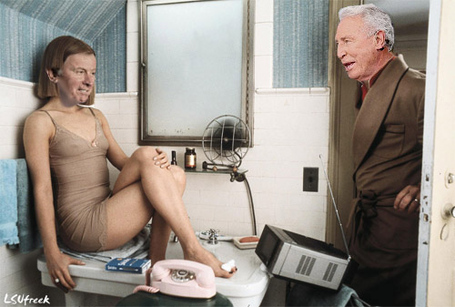 Briles: Did I hit anyone?

Royal: No, but Gundy Manor appears to have destroyed your car.

Strongman: I know it's not structural, but you should file a claim anyway.

Narrator: No one spoke at the funeral. But it was agreed among them that Royal would have found his funeral...most satisfactory.